We look at low-cost appliances for their performance, ethics and sustainability. 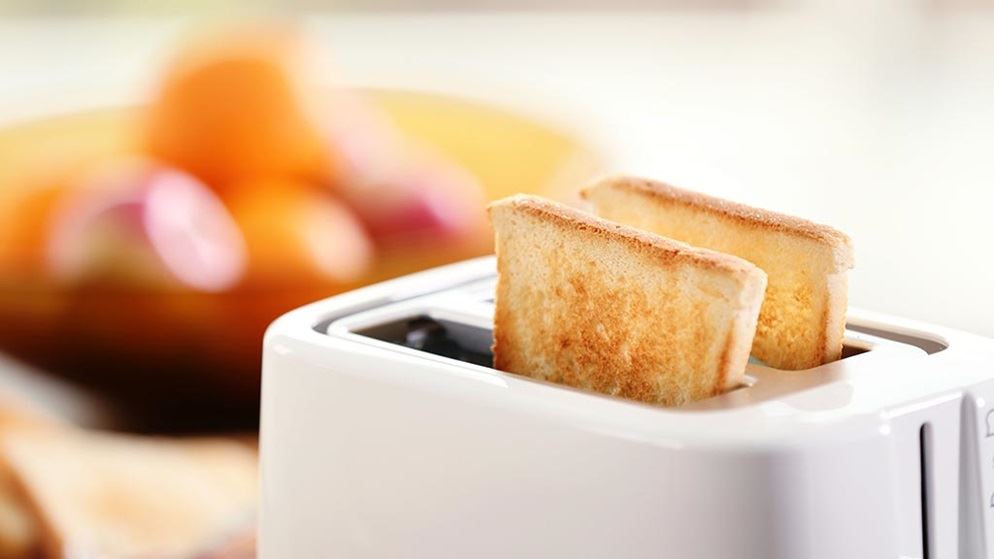 The good, the bad and the supercheap

It's hard not to be seduced by the latest pricey gadgets or appliance – a single-serve blender like the NutriBullet for $200, an $800 espresso machine or the king of costly kitchen appliances, the Thermomix, at $2080. And for that kind of investment most of us would be be expecting a product that not only performs well but has been manufactured under ethical conditions. (Although a recent report indicates the manufacturing of these big ticket items are not as ethical as you'd hope.)

At the same time as people are filling their homes with expensive buys, there's been an explosion in low-priced appliances that cost little more than pocket change. Kettles, toasters and toasted sandwich makers are now available at some of our biggest retailers for as little as $7.50. That's right, you can now buy a sandwich maker for less than the cost of an actual toasted sandwich in a café.

If you're looking at things purely by price tag this sounds like great news – you can fit out your kitchen with the appliance essentials for less than $40 and pick up most gadgets at Coles, Woolies or big box stores such as Target, Kmart or Big W.

But if you buy a toaster for under $10, do you pay in other ways? We take a look at cheap, small appliances in terms of performance, ethics and sustainability and see how they stack up against their pricier competitors.

In the market for a new toaster and not sure whether to spend $10 or $100? Check our latest toaster reviews to find out which models and brands we recommend.

While we haven't tested all the appliances in this price bracket in the past, we have included cheaper models in a number of our recent tests, which showed that price doesn't always equal performance. For this article we also bought two of the lowest-priced appliances we could find on the market – a toaster and kettle from Kmart for just $7.50 – to see how they performed.

When it comes to toasters, you can pay from $7.50 to $400 – yet they all pretty much do the same thing, toast bread.
So does price really matter?

When CHOICE recently tested toasters the results were a mixed bag. While there were no super-cheap models in the test, models priced between $35 and $50 all scored pretty well overall. They also outperformed a couple of the much pricier models from Dualit and Morphy Richards. At the other end of the price scale was the KitchenAid - but for $399 you'd probably want it to make you a cup of tea too.

For this article we tested the Kmart Homemaker 2-slice toaster, which retails for $7.50. While not a stellar scorer, it performed better than five other toasters we tested, including two models that cost more than $100 each, and one which retails at $379.

Kettles can cost from under $10 all the way up to $200. In our latest kettle test a couple of models for less than $30 performed well – in fact, better than some much pricier models.

To test what dirt cheap gets you,we bought and tested a $7.50 kettle from a leading variety store. It scored a very respectable 74% overall (the highest performer of the test scored 82% and the lowest 62%).

Our latest steam iron reviews included the bargain basement $14 model, which had a barely OK performance, but a $12  model did OK for performance and ease of use. The lowest-scoring model we tested cost $160.

When we tested single-serve blenders, the cheaper models were no match for the dominant NutriBullet and they generally sat towards the bottom of the results table. Two of the lowest-scoring blenders were a Target $20 model and a $50 one from Sunbeam. However, another $50 model from Kambrook did a little better.

While some sandwich presses may deal better with harder breads and/or stretchy cheeses, ultimately their job is simple: to toast bread and melt the contents inside.

Again, when it comes to price and performance it's truly a mixed bag – with a $55 sandwich press performing as well as a $90 model in our sandwich press test. Even the cheap and cheerful Homemaker brand at $19 pulled a respectable score over a couple of models priced at $70 and $80.

So, if price doesn't indicate performance, which is the best way to go?

"Generally the trend I've found in appliance testing is that models in the middle price range – whatever that may be for each product type – often offer the best value for performance. More expensive models may outperform them, but sometimes not by much. Cheaper models tend to not perform as well, but there are often a few pleasant surprises, as some inexpensive models do compare very well. But really ultra-cheap models often disappoint by being poor performers, harder to use or just plain unreliable."

So there can be pricey models that are duds, cheapies that are stars and middle-priced models at all ends of the performance spectrum.

When we asked our survey group about safety and low-priced small appliances, 62% of those surveyed said they did have safety concerns.

A good way of knowing if a product meets a quality standard is to look for the Australian standard for this group of products: AS/NZS 60335.2.15:2002 Household and similar electrical appliances – Safety – Particular requirements for appliances for heating liquids. This standard is based on international and European standards.

Some products will state their safety compliance on the packaging or on the product, but others won't. If it's not obvious when you're buying it, contact the supplier and check for the mandatory safety information that must come with electrical appliances. You can check your state's consumer or fair trading department's website for details of electrical safety labels.

While there's no doubt that some super cheap appliances can hold their own performance-wise, are there other 'costs' that may not be immediately apparent when it comes to buying a cheapie?

We asked 800 CHOICE members what they thought about super cheap appliances. More than 70% expressed concerns about how these products are made, such as the workers' conditions, and 60% expressed concern over the materials used in production.

Kate Harris is the CEO of Good Environmental Choice Australia, a nonprofit group that runs Australia's only eco-labelling program. She says ethical manufacturing is a complex area for consumers, and that currently there's limited information and support, particularly when it comes to small appliances.

According to Harris, more expensive products don't necessarily mean better outcomes for the environment or workers. However, she says established brand names are often better placed to seek out appropriate certification, develop codes of conduct and pay for independent audits – but that's not to say they will or have (done).

Harris also says there's no guarantee when it comes to pricier products of their 'real' cost (beyond fancy design). What do the components and labour really cost? Does the factory worker overseas get paid any more for making the $100 kettle? Are its components and assembly really that much better or is it a mark-up thanks to fancier styling or a brand name?

The 2016 Electronics Industry Trends report released in February 2016 by Baptist World Aid shows that the electronics industry has not made much progress improving conditions to protect workers.

The report graded 56 companies from A to F on the practices and policies they have in place to mitigate the risk of forced labour, child labour and exploitation. This grading reflects the levels of visibility and transparency these companies have across their supply chain.

The median grade for the 2016 report was C, suggesting workers remain overworked and underpaid, working long shifts with no overtime pay, little rest and wages so low that families struggle to make ends meet. The report noted that this lack of a living wage was a top concern as it meant workers were unable to afford the basics – food, water, shelter and electricity.

Interestingly, expensive 'cult' appliance brands Thermomix, NutriBullet and Dyson received a D or D minus in the report.

So for consumers trying to do the right thing, it can be very confusing to know which way to go, but here are some things to look out for before you decide to buy.

How to be more ethical when buying your appliances

There's limited information in Australia, but there's a range of performance information on the UK Ethical Consumers Ratings site for kettles and toasters (from 2.5/20 to 14/20), so it means some brands are doing a lot better than others on labour rights and the environment.

There are also some 'eco-labels' for this class of products. Here are are two good ones to look out for if you're buying imported products:

We approached Target, Kmart, Coles, Woolworths and Big W, who all stock low-priced small items, to discuss all of the above issues, and we received a disappointing response.

A spokesperson from Coles contacted CHOICE to let us know they were declining to comment, saying that low-priced appliances didn't relate to Coles (despite having a toaster and sandwich maker available online for $13.50 each). The other retailers either failed to respond or said they didn't have time to provide a response for our deadline.

Despite their lack of response, Target, Kmart, Coles, Woolworths and Big W all have ethical sourcing policies available on their websites.

Read more on the ethical manufacture of popular products

How can they make appliances so cheap?

Jason Murphy, an economist and former business journalist for the Australian Financial Review, has been following the rise and rise of low-priced appliances in Australia for the past year or so. He says the reason for the drop in price is simple – innovation in manufacturing. Most of this stuff is being made in China where there's an incredible learning process being taken on inside factories, Murphy says, where they've looked at every possible cost component.

He also says that in tandem with reduced manufacturing costs, transport costs have dropped to the point where they're almost negligible. These days, manufacturing and shipping have fewer humans involved than you'd expect.

As for concerns about sustainability, Murphy says despite paying lip service, the economic incentive is often stronger than the guilt for many consumers. However, there is a limit to how much of it we can buy, dictated by our available space to store it and our time and effort to maintain it.

We asked 800 CHOICE members what they think about low-priced appliances via our Voice your Choice research panel.

We asked what they'd expect to be a reasonable price for a number of common items such as toasters, kettles and sandwich makers. The overwhelming response was a price point of just over $40 for all three (a big jump from $7.50!).

What are your experiences with cheap kitchen appliances? Are you happy to spend as little as possible? Do you think appliances that cost more last longer? Share your thoughts in our comments section below.