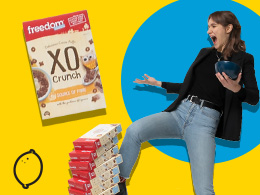 For gaming the Health Stars system to sell a kids' cereal

The health halo hovering over this product is so big and shiny you could be fooled into thinking you could eat a few bowls and congratulate yourself.

XO Crunch boasts about being a source of fibre, but to get your daily requirement, you'd need to eat up to eight bowls of cereal by which time you'd have eaten 62g, or 14 teaspoons, of sugar.

Freedom Foods XO Crunch (subtitled "Delicious Cocoa Puffs") gives itself a commendable health star rating of four out of five, which is surprising since this breakfast cereal is packed to the rafters with sugar.

We think XO Crunch's health stars are hanging from a thread, not least because the current rating system puts naturally occurring and added sugars in the same category. There's been a call to count these separately, which makes good sense to us.

If we applied a stronger, sugar-busting algorithm to XO Crunch to see how it fared against the recommendation to limit sugar to five percent of daily energy intake, this cereal's stars would fall hard – from an impressive four to a measly 1.5. In fact, a whole range of sugary products aimed at kids (especially cereals) would see their star ratings nosedive.

None of this, of course, stops XO Crunch from making bombastic healthy-sounding claims on the packaging, such as the one that aims to sum it all up: "good for you!"

It brags about being a source of fibre, having the goodness of three grains, being low salt and low fat, and having no preservatives, artificial colours or flavours.

But when the box says "no nasties", it fails to mention that it contains a whopping 22.2% added sugar in the form of cane sugar and golden syrup. We think that's a pretty nasty addition for the health of Australia's children.

And as far as fibre goes, your kid would have to eat six to eight bowls a day to get their daily requirement, by which time they'd have consumed 62 grams of added sugar – way over the recommended maximum daily intake.

But somehow XO Crunch is a "fun and nutritious way to start your kid's day"!

At least Kellogg's Coco Pops, the product XO Crunch appears to be modelled on, doesn't sugarcoat the truth, saying it's "just like a chocolate milkshake, only crunchy". 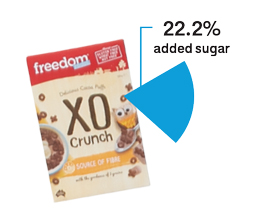 XO Crunch has a similar kid appeal. It's called heaping, heaving spoonfuls of sugar! We think that's a pretty shonky way to hook a kid on your product. 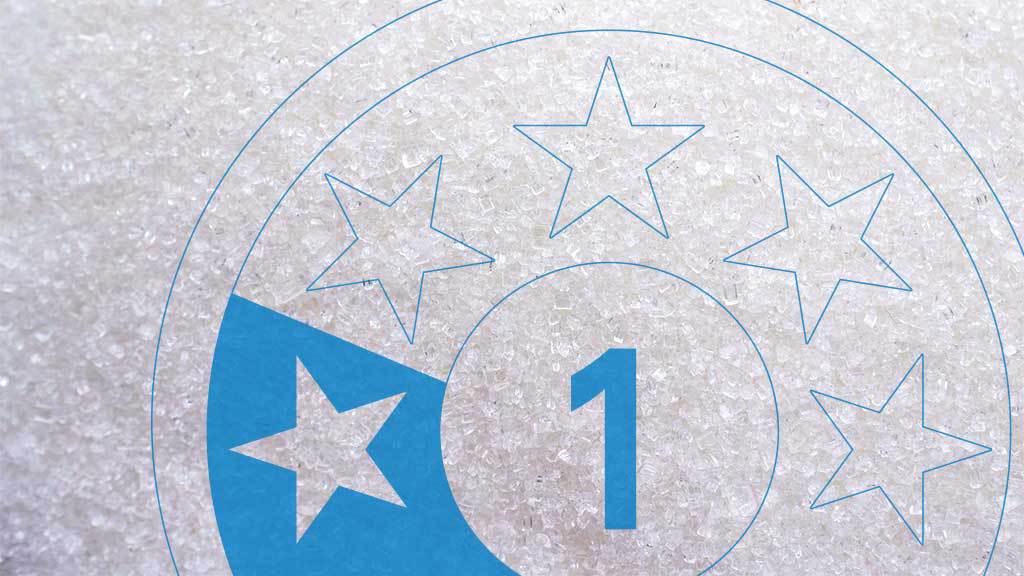 Here's what happens if Health Star Ratings focused on added sugar rather than total sugars.