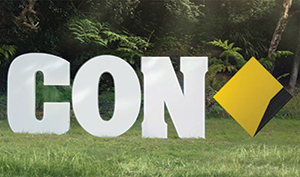 CBA presided over one of Australia's worst financial planning failures, leaving thousands of clients with broken dreams, disappearing bank balances and a rocky retirement. But it was what they did after their financial planning scandal that makes them particularly worthy of one of CHOICE's most rotten lemons this year.

According to a senate inquiry into the matter, CBA's financial planners orchestrated a "calculated deceit", and deliberately (and in some cases fraudulently) put clients into risky and inappropriate investments to meet bonus goals, costing consumers millions of dollars and leading to lost life savings and ruined lives. To make matters worse, the compensation offered to distressed consumers was not only hard-won, but also, according to the senate inquiry, potentially insufficient. So grave was this case that the inquiry recommended a Royal Commission be established to deal with the matter.

After waiting years for an apology, customers were finally treated to a slick PR campaign that was high on talk but, so far, has been low on action. Meanwhile, CBA was lobbying to water down important financial advice protections that might protect consumers from similar financial planning disasters in the future. Mere weeks later, CBA salted the wounds of the thousands of Australians they betrayed by posting a profit of more than $8bn .

Which bank can be guilty of such eye-watering hypocrisy? CON Bank can.