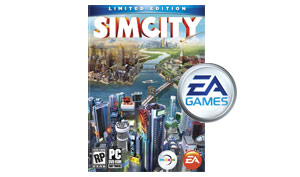 Earlier this year, when EA (Electronic Arts) released the latest version of its highly popular SimCity computer game around the world, the game was plagued with server issues that made it almost unplayable, sending unhappy gamers to their phones for tech support.

Australian gamers, however, were even more unhappy when they discovered that the telephone support line was a 1900 number attracting a $2.48 per minute fee. That's right – after forking out up to $100 for the game, you're then expected to cough up for after-sales support that's normally free – as it should be. And this shonkosity is even worse when you consider it's their fault you're ringing in the first place!

Yet our US counterparts pay nothing – a fact exploited by canny Aussie gamers who use Skype to ring the US helpline for free. This is just another example of the big fat Australia tax we pay on many things IT-related, including hardware, software and electronic downloads.

In response to winning a 2013 Shonky Award, EA Games issued a public apology to consumers.