The CHOICE Shonky for sky-high surcharges goes to ... Qantas and Tiger Airways 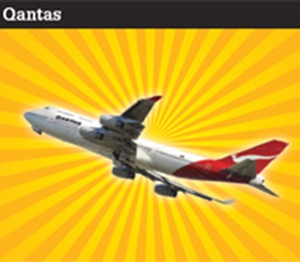 Thankfully, ads for budget flights that conceal hefty hidden taxes and surcharges have been outlawed, so now the price you see advertised is the price you pay. Well, almost. If you book online, as many do, be prepared to fasten your seatbelt and watch the price soar as the credit card surcharge is added.

Airlines charge flat fees on a per-flight or per-passenger basis – or, in the case of Tiger Airways, both. Depending on the total travel value, these charges are potentially a lot higher than the airlines' costs. On a $200 credit card booking for a Sydney-Melbourne return flight, Virgin and Jetstar charge $6 and Qantas charges $7.70 – yet Tiger's fee is $12, or 6% of the fare. That's a pretty big mark-up on the average fees paid by merchants to process Visa and MasterCard transactions, which are less than 1%, and even on Diners and Amex at about 2%. Internationally, Qantas takes the prize, with a $25 surcharge per passenger, whether it's a $500 cheapie ticket to Fiji or a $10,000 first-class ticket to Europe. So we've decided to award Qantas the Shonky, with Tiger the runner-up.

Airlines deny the surcharge (which Tiger euphemistically calls a "convenience fee") is ridiculously high. Qantas says it doesn't even cover costs – it's apparently not enough to subsidise the merchant service fee liability incurred by the folk at the pointy end of the plane. We concur with the Reserve Bank, which says "there are some cases where surcharges appear considerably higher than these [merchant service] fees. This latter outcome is likely to reflect the market power of the merchants concerned." In other words, they charge a lot because they can.

If we could just knock this shonky surcharge on the head, we'd only have to worry about fees and surcharges for baggage handling, dodgy meals, hiring headsets, using on board toilets and so on.