Who can you turn to when something goes wrong with your pet food? 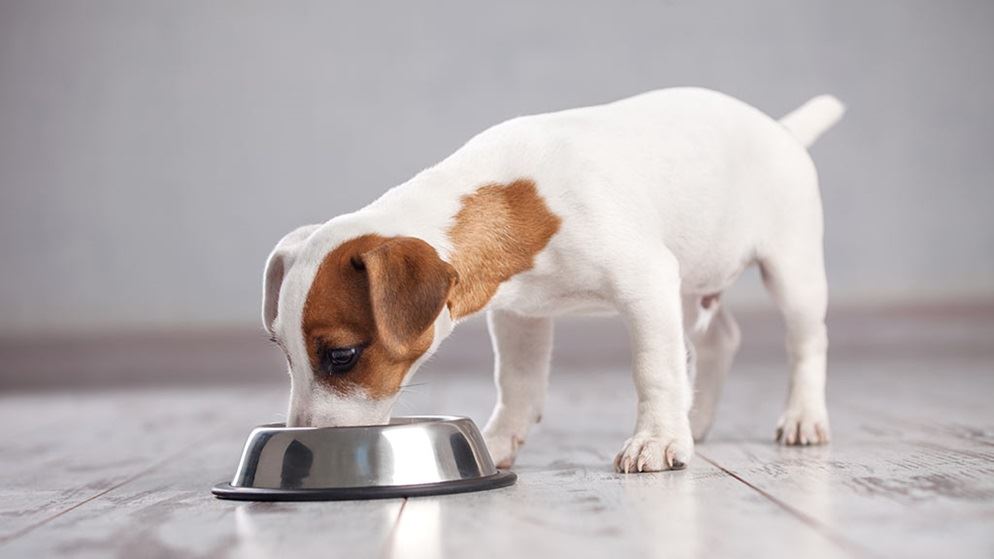 Gone to the dogs

Earlier this year, Advance Dermocare dry dog food was recalled when it was linked with the condition megaoesophagus, which led to the death of at least 17 dogs and life-long feeding problems for about 90 others.

The episode has renewed calls for pet food regulation in Australia.

Here's what to do if you suspect a problem with your pet's food, plus we ask: who's looking after our pets' health and safety?

What to do if you think something is wrong

If you think something is wrong with your pet food, particularly if you suspect it might be related to any unusual symptoms or behaviour in your pet, you should report it. But in Australia this can be easier said than done.

Unlike some countries, where members of the public can report issues directly to the regulator, the only official reporting stream is via PetFAST, through your vet. This means taking your pet to a vet to be examined, even if there are no longer any symptoms (vomiting or diarrhoea, for example, which may pass). If you do take your pet to the vet, request that they report the issue via PetFAST.

If the symptoms have passed, or the issue is related to the food itself rather than its effect on your pet (like it's mouldy or off), you should consider other avenues of reporting, including:

The types of pet food you could report on include:

The more information you can provide, the better, and your vet will be required to provide a lot of information to PetFAST. If reporting yourself, as a minimum you should include:

Who's watching over pet foods?

Pet foods are subject to various standards and codes of practice, but there are no overarching regulations. Some government departments have jurisdiction over specific aspects of pet food – for example, the ACCC has the power to intercede over false and misleading claims under Australian Consumer Law, while the Department of Agriculture and Water Resources has an interest in imported pet food and biosecurity.

The rules vary according to the type of pet food, with different rules for prepared food, pet meat, treats, therapeutic foods and supplements.

Wet food (canned food, pouches and rolls), dried food and packaged raw food are covered by the Australian Standard for the Manufacturing and Marketing of Pet Food, AS 5812:2017, which outlines requirements for production, food safety, nutrition and labelling. However, the standard is voluntary, so if foods are found not to comply with the standard there's no authority to enforce compliance.

There is a standard for pet meat, called the Primary Industries Standing Committee Technical Report 88 – Amended 2009 Standard for the Hygienic Production of Pet Meat, which covers pet mince and other raw meat products sold as pet food. Processors are 'obliged' to adhere to the standard, but it's not enforced.

A longstanding problem with some of these foods is the use of sulphite preservatives, which keep the meat looking red and fresh. Sulphite depletes thiamine levels in the meat, and a pet fed exclusively on thiamine-deficient meats can develop neurological problems that can cause death.

Preservatives are permitted, according to the standard, provided they're "applied at such levels that they do not cause adverse impact or undue risk to the well-being of pets".

Pet treats are included in the Australian Standard for the Manufacturing and Marketing of Pet Food, AS 5812:2017.

Some imported treats, such as jerky, tenders and pigs ears, are irradiated before being sold in Australia for quarantine purposes. Cats are particularly sensitive to irradiation, which was behind the Orijen cat food recall in 2008. Imported canned cat foods are no longer required to be irradiated, but these sorts of dog treats must be labelled "must not be fed to cats".

Therapeutic foods, including so-called prescription diets, are designed to help pets with certain medical conditions – kidney disease, diabetes, joint care and so on – but don't contain any medicines.

These sorts of foods used to be regulated by the Australian Pesticides and Veterinary Medicines Authority (APVMA), which assessed the claims and evidence before allowing the products on the market.

However, they were deregulated in 2015 by then Minister for Agriculture Barnaby Joyce as part of a red-tape cutting measure. This was expected to make it easier to get products on the market and cut costs to companies (which they'd ostensibly pass on to consumers).

The voluntary Australian Standard AS 5812:2017 for packaged pet food applies, and companies are expected to hold publicly available evidence that the food lives up to any claims made, but it's not checked.

Pharmaceutical products, complementary medicines and supplements (for example vitamins or glucosamine), and pesticides (such as worm and flea treatments) are regulated by the APVMA.

In the absence of government regulation, the Pet Food Adverse event System of Tracking (PetFAST) was developed in 2012 as a joint initiative of the Pet Food Industry Association of Australia (PFIAA) and Australian Veterinary Association (AVA), and overseen by the latter.

Vets can report any negative health effects they suspect are linked with a pet's food, and reports are monitored by the AVA and the PFIAA. While they don't look into each and every individual report, if trends emerge with any particular food – that is, three or more cases are reported – they'll investigate the issue.

But, as Bronwyn Orr from RSPCA Australia points out, "As it's a voluntary initiative, potentially not all vets are aware of, or involved with, the program. Additionally, pet food companies aren't under any legal onus to initiate a recall based on a pet food safety concern, so it requires negotiation with the industry."

Many pet food companies, including the major players in the Australian market, are members of PFIAA. Its purpose, unsurprisingly, is to look after the interests of its members, though it does "encourage" members to be certified to the Standard. It was involved in the development of the pet food standard, and is in favour of self-regulation of pet food, which it says is "working well".

What happens in other countries?

In some countries, the manufacturing and marketing (labelling and advertising) of pet food is regulated by national governments, or in the case of Europe by various EU-wide regulations that are upheld by the governments in each country.

In the US, pet food is regulated by the Food and Drug Administration (FDA), which also regulates food for humans. Japan, Singapore and New Zealand also have enforceable pet food regulations.

Canada, on the other hand, has a largely voluntary system like Australia. As a case in point, many products are sold in both the US and Canada, and in 2013 when several brands of jerky treats were recalled in the US, the same products weren't recalled in Canada.

The case for regulation

Vet Dr Richard Malik is an outspoken proponent of the regulation of pet food, and his main concern is the current ad hoc and variable response to pet food concerns. He'd like to see a more precautionary and pre-emptive approach to potential pet food safety issues.

"If it looks like there might be a problem with a food, take the product off the shelves, investigate it properly, then decide if there really is a problem. Some companies drag their feet for months, others fight tooth and nail and threaten legal action. If it turns out there's a real issue, by then it's too late. At that stage a recall is shutting the gate after the horse has bolted."

There have been very few recalls in Australia. In the last seven years since the standard was introduced, the only recalls announced have been Advance Dermocare dog food (linked with megaoesophagus), Weruva BFF cat food (thiamine deficiency), Whiskas dry cat food (contained foreign objects) and Woolworths dog biscuits (foreign objects).

In contrast in the US, the FDA issues loads of recalls, especially for raw food and treats. In the first five months of 2018 there were 29 recalls, mostly due to bacterial (salmonella, listeria and botulinum) contamination.

The low number of recalls in Australia is used by industry to suggest that self-regulation is working well. However, we know some foods that appear to have problems are quietly withdrawn from sale, and any pet owners that complain to the company are compensated. Recalls are very expensive and can damage the company's reputation, so it's understandable they want to avoid them. But this comes at a price for consumers and their pets.

The limitations of regulation

When food is mouldy or off, or contaminated with foreign objects, the problem is obvious. When food causes illnesses, it's not always obvious that the food was at fault – sometimes problems can take a while to develop, and there have been recent problems when the microbe or toxin causing a problem hasn't been discovered.

In 2008, Kramar dog treats were recalled after being associated with kidney problems, but it wasn't clear what it was in the food that caused it. Then there are cases where it seems like a food or treat may have caused a problem, like diarrhoea or vomiting, but it turns out to be something else altogether.

In the case of Advance Dermocare and its link with megaoesophagus, it's questionable whether improved regulation of food would have helped prevent the problems before they escalated, as megaoesophagus isn't usually associated with food. In fact it's only because the condition happened to be linked with nine police dogs fed the same food that the link was suspected in the first place.

See our cat food reviews to find out how we rate products from all the top brands including Whiskas, Woolworths, Coles, Dine, Hills, KitEkat and Purina. 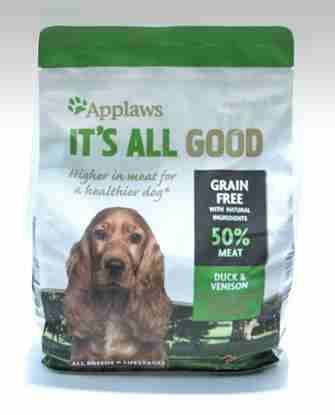 In May 2018 there were complaints in the media and social media about Applaws It's All Good Duck & Venison dry food, with consumers reporting mouldy dog biscuits in packets from one particular batch. The company was reported as saying it was due to a manufacturing problem and it had been fixed.

People who complained received a refund or other compensation, but Applaws didn't issue a recall. Indeed, a few weeks after the first complaints were made public, we were still able to buy a pack from that same batch at Woolworths.

When we opened it, it looked mouldy, but we couldn't be certain. It also smelt a bit odd. If we weren't looking for it, we may not even have noticed – and we know some consumers have unwittingly fed it to their dogs before noticing. 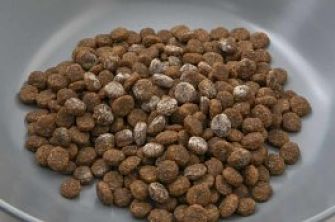 We sent it off for analysis at the National Measurement Institute, and they found that while it didn't contain mould, it did contain yeast (which is also a fungus) at levels that were higher than would be expected.

While the tests couldn't determine whether or not the food was a safety risk, consumers shouldn't have to get food independently tested to ensure it's safe for their pets.

We contacted Applaws about the issue, but they wouldn't comment.

We're concerned that Australian pets and their owners are getting a raw deal when it comes to problems with pet food, and support the introduction of pet food regulation.

"Self-regulation of any industry comes with concerns around transparency and conflicts of interest," says Dr Bronwyn Orr of the RSPCA.

"Voluntary, self-regulation cannot control those who act outside of the system. It also relies on everyone doing the right thing for the 'common good' of the industry.

"For these reasons and more, the RSPCA believes there should be mandatory minimum standards for pet food. Pets need our protection, while owners need the reassurance they're not risking their pet's health and welfare by feeding them unsafe or poor-quality food."