Some vets could be cashing in on pet owners' devotion, and up-selling on potentially unnecessary treatment. 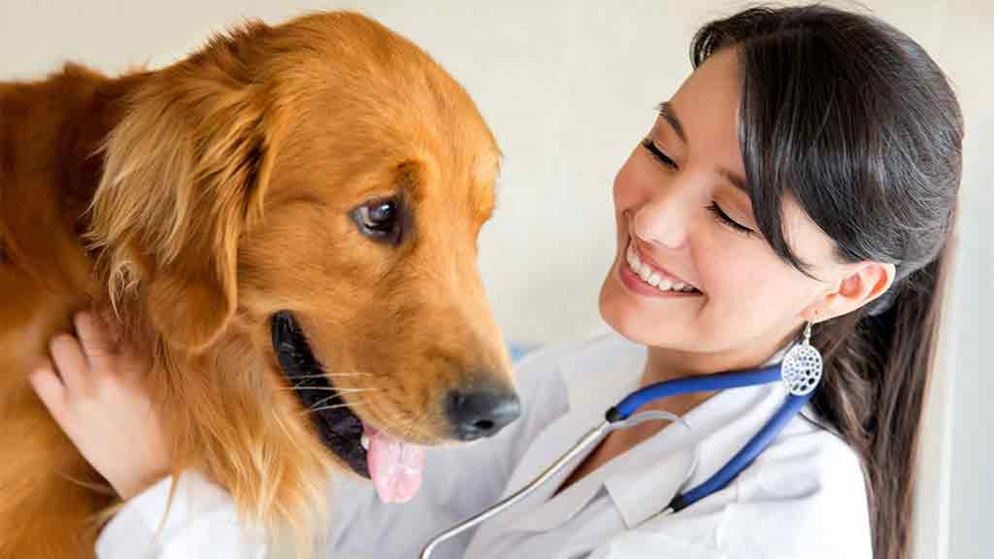 The Australian veterinary industry generated about $2.5bn in revenue in 2012–13, mostly from tending to household pets. But with the supply of vets outstripping demand, revenue growth will have to come from charging more for the same services or coming up with new services. The upshot – more than ever, many vets are under pressure to extract as much money as possible from every customer visit.

We're pretty confident most veterinarians won't try to sell you something you don't need next time you bring in your four-legged friend. But the Australian Veterinarian Association (AVA) readily admits that, as in all industries, some individual veterinary practices are more profit-driven than others. So how do you know if you're being upsold?

It doesn't help that there are no standard fees for standard services. The AVA says vets set prices in line with their overhead costs, and that such costs "vary widely from place to place". National president Dr Ben Gardiner told us "it's a free market, and if prices are too high the market will govern that. Customers will leave pretty quickly if they think they're being overcharged."

One pet owner told CHOICE she was quoted $30 and $66 for the same vaccine from two different vets in the same area. Another said a franchised practice charged up to $300 more for the same procedure than an independent one. In other words, prices are all over the shop.

Where the money goes

Dr Gardiner argues that upselling and overcharging hasn't reached the level of a systemic issue as far as the AVA is concerned, but he also makes clear that the financial pressure on vets is increasing as the industry continues to modernise, and practices have to keep up with higher equipment and technology costs. According to an IBIS World report released in September 2012, 30% of the revenue that veterinary practices take in goes toward buying new equipment, well above the average overhead for other parts of the industry.

According to Gardiner, pet owners may be paying more because vets are taking a more holistic approach. "These days a lot of vets are looking at the overall health of the animal, and that means pet owners have more options for treatments. Vets are moving more toward preventative care. If a vet offers a range of options that could benefit the animal, I wouldn't call that upselling. But if there's a degree of coercion involved – if the vet plays on the owner's sentiments and pushes things the animal doesn't really need – we would consider that to be a violation of our code of practice." He also points out that vets across the industry were performing about $30m worth of pro bono work at last count, or about $15,000 per practice.

In a 2011 paper published in the Australian Veterinary Journal, Dr John Baguley, then a lecturer in veterinary ethics and practice management at Sydney University, concluded that "revenue growth in recent years has been much stronger than demand growth" for pet care services. With more than enough vets available to meet pet owners' needs until at least 2026, Baguley wrote, vets will have to raise fees if they want to grow revenue. Baguley, who is now Registrar at the NSW Veterinary Practitioners Board, declined to give us an update on the issue, citing restrictions of his regulatory role. But he did tell us the board doesn't have the authority to regulate pricing and refers any complaints about costs to NSW Fair Trading.

The increasing corporatisation of the industry is an issue the AVA is monitoring. "You don't have to be a vet to own a veterinary practice," says Dr Gardiner. "We'd be very concerned if any practice was instructing its staff to push a particular product based on any commercial relationship with the product maker, but we have no evidence that any such thing has occurred."

Although vets are under no obligation to disclose commercial relationships, a couple of pet owners, and one CHOICE staffer, recounted some upselling episodes involving Hills pet foods. Some of the company's product offerings, such as those targeted to pets facing oral health, food sensitivity and weight control challenges, may seem unnecessarily niche to some animal lovers. According to a report by the Australian Companion Animal Council, annual sales of premium wet and dry dog food went from $333m to $486m between 2004 and 2009 and accounted for 44% of the $1.1bn in sales in 2009 (cat food generated about $581m).

One of the main issues with corporate-style vets, according to one independent Queensland practice we spoke to, is that the high overhead costs are passed on to customers whether or not they need any of the high-end products or services being offered. The practice requested anonymity, saying the head vet had recently been censured by the state veterinary board for speaking out against vet franchises.

The biggest veterinary franchise in Australia by far is Greencross Ltd, which as of August 2012 owned 81 veterinary practices across NSW, Victoria, SA and Queensland, and was listed on the ASX in 2007. The company has indicated it aims to acquire another 200 practices, which would give the corporation 10% of the vet market. Greencross generated $82.6m in revenue in 2011-12, a healthy share of the overall consumer spend. According to the ABS, the average Aussie household spent about $5.47 per week on veterinary services as of October 2011.

Sketchy oversight of the vet industry

Our investigation confirmed what some pet owners may already suspect: the Australian veterinary industry is essentially unregulated from the standpoint of customer service. Gardiner estimates that 70% of practices have at least one vet who is an AVA member, but only about half of all vets are AVA members and thus bound to its code of conduct. The code holds that vets "should make reasonable efforts to identify and avoid potential or perceived conflict of interest", but doesn't say anything specific about upselling or overcharging. And with growing operating costs and stiff competition for new customers, it seems reasonable to assume the $720 annual AVA fee may be an obstacle for vets surviving on thin profit margins.

According to Gardiner, the AVA "is not the police of the veterinary industry" and doesn't conduct regular surveillance activity. So he was unable to give us an official update on a follow-up from our previous investigation. We asked: are vets following AVA guidelines issued in 2009 recommending core vaccinations only be given once every three years instead of annually? In that investigation we found some vets and vaccine manufacturers were using annual core vaccinations as a source of revenue, despite mounting evidence that such jabs pose a health risk to pets. Unnecessary vaccinations were a point of concern for two consumers who responded to our call-out for this story. And another CHOICE staffer, Mary G, received a reminder notice for core vaccinations for her cats even though they'd been vaccinated a year earlier.

Since the AVA isn't set up to take complaints from consumers, Gardiner could only say they "haven't been given any reason to believe vets aren't following the new guidelines".

CHOICE consumer law expert Katrina L suspects she's been on the receiving end of at least two upselling incidents that left her $1437 out of pocket. In the first, she paid $819 for X-rays at a corporate-style practice to determine whether her 10-year-old Shetland sheepdog had bone cancer or arthritis. The vet later said the subsequent treatment plan would have been the same in either case, but didn't explain why the X-rays were necessary. Katrina's experience is similar to that of another consumer we heard from, Andrea E, who said she was "recommended tests that cost a lot but wouldn't have changed the treatment plan".

Katrina's suspicions were further aroused when one of the vets in the practice recommended a teeth cleaning and gave her a detailed demonstration of the teeth-cleaning power of Hills Oral Care dog food. The vet also recommended an expensive glucosamine supplement targeted at canines, but a different vet at the practice admitted there was no difference between canine and human glucosamine supplements and gave Katrina directions on the right dosage for her dog, quietly letting on that "the principal vet here kind of likes to sell the products we have here". Katrina booked an appointment at an independent vet for the dental clean, which cost $618 and required putting her sheepdog under with general anaesthesia. She wishes she'd consulted with the local vet first, who said her sheepdog's teeth "really weren't that bad".

With the veterinary market facing a decline in new business, some vets have had to increase and diversify their services in order to shore up their revenue streams. New services on offer may include some of the following, and may or may not be advisable. Be sure to ask questions and, where appropriate, get a second opinion before agreeing to any expensive or invasive products or procedures for your pet.

While there is no comprehensive list available from the AVA or other veterinary agency, we've identified a few common areas of upselling that you should generally question before approving.

Is your vet well-equipped?

If you believe you have a well-founded complaint against a veterinarian practice about upselling, overcharging or anything else, contact the veterinary board in your state or territory.

Veterinary Surgeons' Board of Western Australia

Veterinary Board of Tasmania

The Veterinary Practitioners Registration Board of Victoria; (03) 9620 7444