Growing a vertical garden at home

A lush green wall can transform your home indoors or out. So what do you need to grow one? 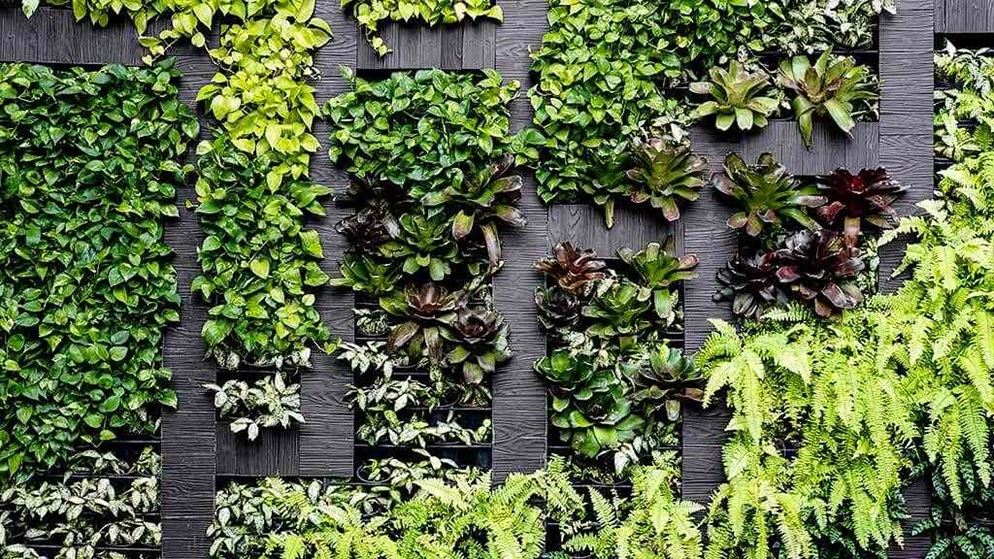 Rainforest-like green walls or vertical gardens are increasingly popular in our concreted, urban living spaces. We take a look at what they need to survive.

What is a vertical garden? 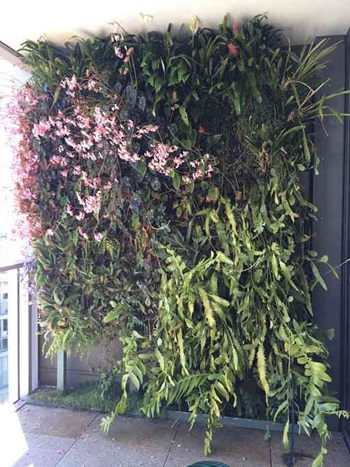 Green walls also bring mental and physical health benefits to those who spend a lot of time working or living in high density environments by satiating our 'biophilia' – the human urge to connect with nature. In fact, studies show that a few minutes looking at views dominated by greenery can reduce anger, pain and anxiety and bring on relaxation.

Australia has been slow on the uptake of green walls but a highly visible, world class example of a shift in thinking is the external green wall or vertical garden on Sydney's One Central Park in Chippendale on the former Carlton and United Brewery site. Until recently, at 130 metres tall, this was the highest and largest in the world.

For the residential market, green walls also work well on a smaller scale, in courtyard gardens, on balconies and feature walls, inside or out.

A green wall brings butterflies to an inner-city balcony 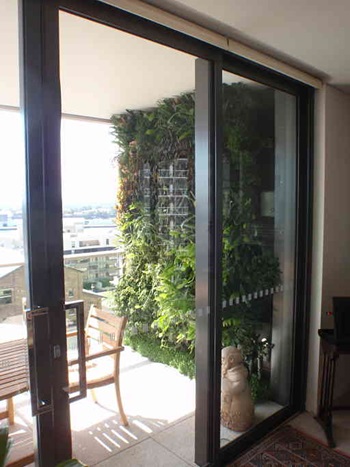 Bunny Gardiner-Hill used to live in a house with a garden but moved to an apartment in Pyrmont, then to another in Elizabeth Bay. She had a green wall installed (pictured) by the Greenwall Company on the balcony in each apartment because she missed being uplifted by the greenery and flowers of her previous garden.

"The beauty of it," she says, "is that if you have a balcony and you want chairs and tables, there's a limited amount of space for plants in pots. With a vertical garden the growing is done on a very narrow framework against the wall."

Bunny's walled garden brings butterflies and insects and she's seen birds immerse themselves in the foliage. She feels like it creates a green room on her fifth-floor balcony, and she says the wall reduces noise and heat by buffering the hard surfaces.

"There's no question, on hot days it feels like it cools down the balcony."

Gardening can be a cinch when you have the right tools. Our expert secateur reviews will help you on your way to becoming a pruning pro.

What are the environmental benefits of green walls?

A green wall is said to bring a number of environmental benefits to a space, including:

Commercial green wall developer Junglefy was responsible for the assembly and installation of One Central Park's vertical garden but it has also developed a green wall system called the Breathing Wall.

These living oases amid the city's brutal hard surfaces have been installed in Lend Lease's headquarters in Barangaroo South, the office of Australian Ethical Investment and in Atlassian's Sydney headquarters. The Breathing Wall system uses active ventilation to pull air through the structure, over the leaves and growing base.

A two-year study was carried out by the Plants and Environmental Quality Research Group at UTS, on a 10m2 Junglefy Breathing Wall in a 100m2 office with 10 occupants. It found the Breathing Wall can:

What does it cost to have a green wall installed?

A custom-made and installed green wall is not a cheap investment, although it could improve the value of your property.

The Greenwall Company which installed and maintains Bunny Gardiner-Hill's walled garden on her balcony told us a small installation like hers will cost approximately $2000 plus GST per square metre. The lead time is 3–4 months while the plants are planned and propagated.

This price includes the aluminium panels, the plants, internal irrigation, a patented lightweight growing media and a maintenance callout six weeks after installation. The system will also require a plant room (costing $800–3190 plus GST) which will control the irrigation and nutrient levels to the wall and will require power and water connection by a plumber.

There are also ongoing maintenance costs. A Greenwall Company spokesperson told us, "Regular maintenance is a key component of a successful green wall [and] the first year is particularly important. After establishment and modifications to deal with any site-specific issues, our green walls become very resilient and long living."

Did you know adopting an eco-friendly lifestyle can help add value to your home? We partnered up with the CSIRO for our solar panel reviews to find out which ones are the most efficient and best value for money.

Can I grow a green wall?

Green thumbs should take up the challenge of creating their own green wall but those with little commitment to maintaining a planting should think carefully before going it alone. Vertical gardens or potted green walls require regular (daily) watering and nutrients, and you'll need suitable plant varieties for the aspect and conditions of the wall site.

If you don't want to get one installed, there are a host of products on the market for this increasingly popular residential feature, but some work a lot better than others.

Pots and tubs – best for herbs

Simple plant pots stacked in frames or wire shelving that can create a standalone green partition wall are fine for individual herbs and edible plants, as well as flowering pot plants.

There are many tub type modular products on the market that hook onto a wall or into a supporting structure. Again, these often hold individual plants and each pot will require daily watering. Watering could cause damage to the supporting wall if it's not protected.

According to Paul, the best structures for long-lived green walls allow water and nutrients to filter through the whole system, with plant roots growing together sharing the nutrients, akin to a natural system.

"For permanence, you are better off where the roots can mix together and the whole thing works as a stable ecological unit. 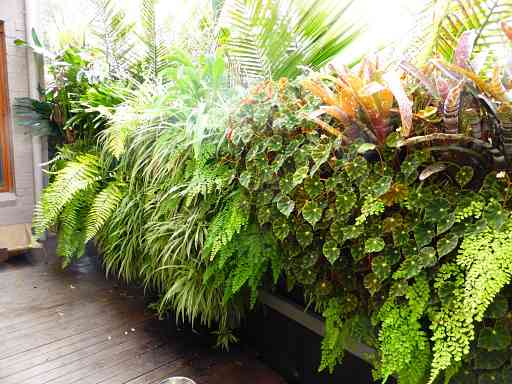 ABOVE: A vertical garden installed by the Greenwall Company.

"If you want it like a natural rock face then you want it to be permanent," says Paul. "We have green walls we built that are 26 or 27 years old with the same plants on them. They should last the life of the building.

"In the end you are trying to replicate what would be growing on a rock or a tree, rather than having a balcony full of pots with individual plants."

One such product on the market for those wanting to build their own wall is Woolly Pockets, which are made from recycled polyethylene (PET).

How much water will a vertical garden need?

A walled garden needs an automated irrigation system with a timer to ensure the plants never dry out. The amount of water needed depends on what you'll be growing – if it's an edible garden, you'll be fertilising and watering it a lot more.

If the growing media is inorganic (not soil) and you're going for a permanent green wall, nutrients should be added to the irrigation system similar to a hydroponic setup. Water shouldn't be running off the wall but you'll generally need a trough underneath with a flow outlet to catch any runoff.

How much light do green walls need?

A green wall will need a source of light for the plants to grow so don't put it in a dark corner of a room.

According to Paul, a regular indoor light might give off 500 lux but a green wall will require 100 times that amount. "Much to people's horror, [the lighting system] is often more than the cost of the green wall," he says.

What plants grow in a vertical garden?

Plants used should not require extensive watering and should be suited to the aspect and lighting conditions of the site. Consult with a horticulturalist for advice.

In general, look for plants that spill over and cascade down, and mix with some that spray upwards and out like ferns. Create contrast with different leaf colours and shapes, and flowers.

Some of the plants Paul recommends include:

The Rural Industries Research and Development Corporation has identified the following plant species as suitable for exterior living walls in subtropical Australia: