What can be done about out-of-control home insurance premiums up north? 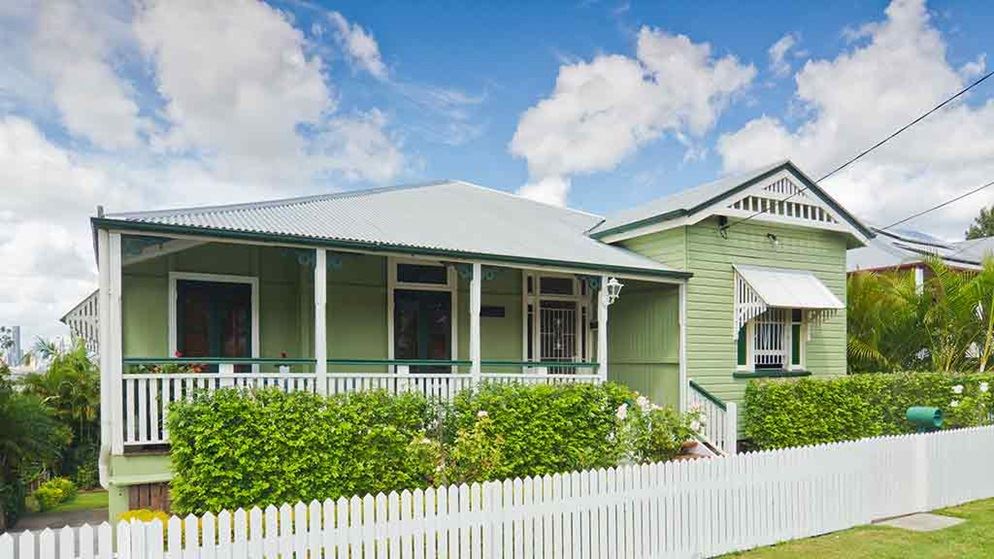 What price is a life in the sun?

After being dropped by her old home insurer, Sharon Todd struggled to find affordable cover for her house near Port Hedland, on Western Australia's north coast. During a period of unemployment she even went a year without insurance – a risky move in the stormy Pilbara.

Sharon's initial home insurance quote was north of $10,000 per annum, but she was able to bring that down to around $7500 by finding an insurance broker who lined up a policy through Vero, which also ratcheted her excess up to the maximum $2000.

There's no question that there are fewer insurers willing to do business above the Tropic of Capricorn. Those that do often make sure you pay for their risks.

How much more does home insurance cost up north?

The Insurance Council of Australia (ICA) says that while there's less competition up north to keep prices down, it doesn't mean companies operating there are making big profits.

"If insurers were reaping so much money then they'd all be in there," says spokesperson Campbell Fuller.

In the last price study in 2014, the Australian Government Actuary (AGA) found that average premium rates* grew by 80% in north Queensland during the previous four years. A Treasury report in 2015 noted that premiums in northern WA increased by 60% to 100% between 2011 and 2015.

The role of building costs and tax

It doesn't help that it costs more to build a house in these parts of the country.

"The cost of construction in northern Australia is 35% to 60% higher than in metropolitan areas," says Fuller. "That's due to a combination of factors. It includes the cost of material and labour, the cost of transport, and the higher cost of building to cyclone and storm standards. So naturally, insurance premiums are higher."

This means insurers may require home owners to insure buildings for a much higher amount, compared to an identical property down south.

Tax is another factor. Every state except the ACT charges between nine and 11% duty on insurance premiums. When you add GST into the mix, one fifth of your premium goes to the government.

A decade ago, north Queensland was an unprofitable money pit for insurers. Across the industry, premiums weren't enough to cover claims made in the wakes of devastating cyclones such as Larry and Yasi.

At the same time, catastrophe-modelling methods were improving, which "further focused insurer (and reinsurer) attention on the scale of cyclone risk" according to the AGA.

Reinsurers – global insurers to the insurers – concluded they'd been underestimating the risk in cyclone-prone areas. They increased their costs to insurers, who naturally passed these on to consumers.

Insurers didn't know they were under-pricing northern Australia until new technology and data helped them figure it out. These days they can access detailed digital maps of hazards facing communities, compiled by governments and the insurers themselves.

While not always complete or up to date, insurers say they use this information to estimate the likelihood of a single property being hit by, say, a one-in-five-year flood, and set prices accordingly. The insurance industry says these high-definition risk assessments mean premiums are no longer set by the postcode, where home owners on the hill pay for the same flood risk as those by the river.

Can you afford to lose everything? Our experts look at more than 50 policies in our home and contents insurance reviews.

The building blocks of your premium

Any property may face peril from bushfires, floods and cyclones to varying degrees, which is factored into your premium. If insurers know the risk information, why can't they share it with you?

The ICA says this is the responsibility of government, who should compile various hazard maps into an accessible format for the general public. It says having home insurers tell consumers their risk will simply cause confusion.

"One insurer may assess a household's flood risk to be medium," the ICA says in its submission to the ACCC inquiry. "Another insurer may have more detailed data from past claims experience and assess this same household as a high flood risk."

Knowing that insurers differ in their ability to estimate risk is actually a good thing for consumers, says Julia Davis of the Financial Rights Legal Centre.

"If insurers can't separate your premium into its component parts, then they should be forced to own up to that," she says. "Better disclosure benefits everyone, because it can cause insurers to become more competitive."

The Financial Rights Legal Centre proposes a simple idea: at sign-up and renewal, whenever the insurer tells you your premium, there should be a chart breaking down just how much you're paying for cyclone cover, bushfire cover and flood cover. It's called "component pricing" but insurers aren't exactly embracing the idea with open arms.

"When we first began suggesting this we were laughed out of the room by industry," says Davis. "They said it would involve giving up commercially sensitive information, and it would never happen."

After banging the drum through half a dozen inquiries, Davis is encouraged that the recent Senate report into general insurance recommended it be considered further.

"It will be a simple visual means of showing how different factors go into your premium," says Davis. "It's a chance to get away from the long, wordy disclosure documents that we know people don't read."

Premium components aren't just interesting trivia for insurance nerds. If you want to bring down your costs, knowing what specific risks make up the bulk of your premium can point you in the right direction. The arithmetic is simple: reduce your risk, reduce your premium.

"Component pricing is a means of communicating risk," says Davis. "To assist that there could also be information on how to mitigate that risk. That could be so valuable to home owners who take this sort of thing seriously."

Two insurers with historic ties to the north have come up with their own solutions that don't involve sharing detailed information about premiums.

Suncorp and RACQ have been offering premium discounts to customers who shore up their properties since 2016. Mitigation could include replacing or strengthening their roofs, protecting windows and completely retrofitting old homes to meet modern building codes.

RACQ spokesperson Kirsty Clinton says that around 700 members had undertaken mitigation measures, receiving premium breaks of between five and 20%.

"Since introducing this discount, members who took action to reduce their cyclone risk have saved on average $421 – or 15% – off their annual building and contents insurance bill," she says. "One resident even managed to shave more than $1500 off their premium."

Davis says this is a good start, but thinks without component pricing the information imbalance remains firmly in the insurers' favour.

"Making it [component pricing] compulsory makes it an even playing field, and will force insurers to compete more on service and features, rather than price."

With reporting by Alison Potter.