We weigh up the benefits and risks of this new style of lending. 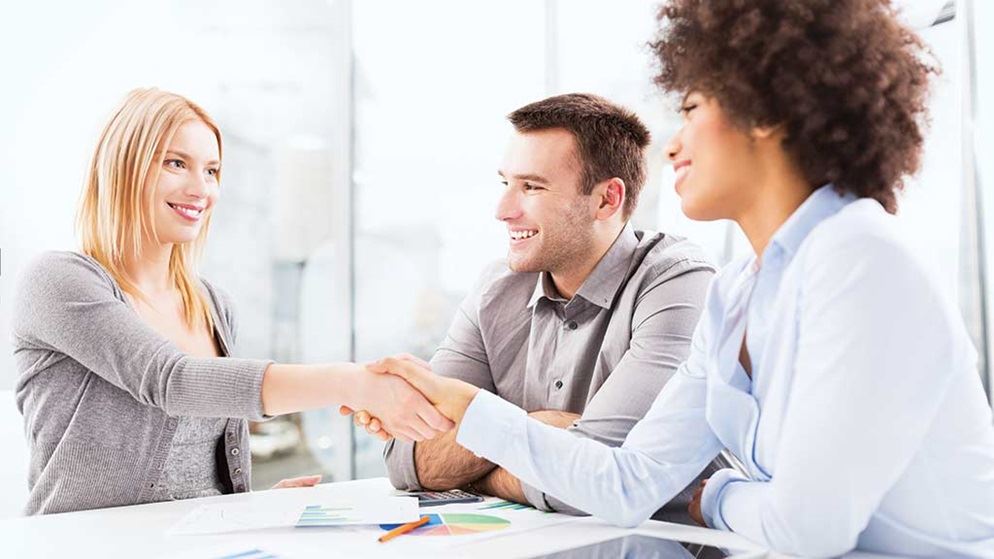 A game changer for online borrowers?

The concept of peer-to-peer (P2P) lending is simple enough: a non-bank organisation acts as a go-between for investors looking for a return and people looking for a personal loan.

The 'peers' in P2P lending are you and the investor, who isn't necessarily in the financial services business. The go-between is a web-based P2P platform – a couple of which have been establishing a strong foothold in Australia lately.

Depending on your credit history, the investor and P2P business may team up to offer you a better interest rate than traditional banks.

There are two major P2P lending platforms operating locally at the moment: SocietyOne (which recently hired one of the architects of US-based Lending Club, Mitchel Harad, as its chief marketing officer), and RateSetter (already a major P2P player in Europe, launched in Australia in October 2014). A third, Melbourne-based MoneyPlace, is awaiting ASIC approval.

P2P lenders make a profit by taking a cut from both you and the money provider. For investors, the fees are ostensibly outweighed by the return on investment that comes from your interest payments – unless the P2P lender goes belly up or the borrower doesn't pay. So far, that hasn't happened to a degree that would cast doubt on the P2P model, though, as with mainstream banking, there have been some loan defaults.

The best part for borrowers is that the interest rate will almost certainly be lower than what's on offer from the banks, credit unions or building societies. Why? Because the P2P lender can, theoretically, more closely match the rate with your history as a borrower.

Banks, on the other hand, offer much less flexibility when it comes to matching a loan with an individual's credit profile. The result is that P2P lenders can offer significantly better interest rates than banks, and there are more and more stories emerging of borrowers finding success with P2P platforms after getting knocked back by banks.

How P2P lenders get your credit history

There's one potential obstacle to the continued growth of P2P lending in Australia: getting access to accurate borrower information. In Australia, that's not such an easy task, which is where the Comprehensive Credit Reporting (CCR) initiative comes in.

The voluntary CCR regime, which kicked off in March 2014, calls for the sharing of positive credit information – such as a spotless history of on-time payments – as well as negative information, such as late payments or, worse, loan defaults. Without CCR, your credit report will only contain the bad stuff.

The idea is that people with a positive credit history should be entitled to lower interest rates than those who haven't always made timely repayments.

Positive credit information is already being shared in most other OECD countries, so it's a case of Australia playing catch-up. The idea is that people with a positive credit history should be entitled to lower interest rates than those who haven't always made timely repayments.

The downside of CCR

Comprehensive credit reporting hasn't always worked well for consumers in countries where it's in use, especially those on the lower end of the economic scale. And if it's rolled out in Australia, some low-income and otherwise vulnerable consumers could be faced with higher credit costs.

There have also been instances of incorrect listings by credit reporting agencies and companies that haven't been helpful in removing the false information. With the CCR system in effect in the US, for instance, it can be very difficult to remove incorrect information from a credit file, and the businesses that make such mistakes aren't held to account. With more information being added to files, the risk of error rises.

Will banks get on board?

Whether or not Australian banks will take up CCR is another question, since it's likely to benefit peer-to-peer platforms at the expense of banks, at least initially. After all, why would banks want to give their non-bank competitors the information they need to offer better deals to consumers?

We asked the Australian Banking Association (ABA) about the likelihood of banks getting on board with positive credit reporting but were told the ABA "isn't in a position to comment on whether Australian banks will be taking up the CCR regime". The ABA also declined to address our question about whether banks should share the credit information it has on customers to help make CCR as effective as it can be.

The banking industry has indicated that much of the credit data needed to make the CCR regime work will not be on hand until 2016 or early 2017, and chair of the Financial System Inquiry David Murray has called for a review of CCR in 2017, with an eye to making participation mandatory if voluntary uptake is low.

(CHOICE has called for the review to consider whether consumer protections are needed, on the premise that any credit reporting system shouldn't disadvantage vulnerable consumers. We believe consumers should be able to easily challenge and correct any false information on a credit report.)

NAB appears to be an outlier among the big four banks in its early uptake of CCR. An NAB spokesperson told us the bank "is supportive of the CCR reforms and from August [2015] will start sharing positive information with credit bureaus. The move to start collecting positive customer information is the first step towards fairer access to credit and enhanced lending decisions".

Commonwealth Bank told us it was on board in principle but emphasised it would not welcome government intervention. A spokesperson said the bank "supports a comprehensive credit reporting regime that is voluntary and industry-led", adding that the federal government "should not consider legislating this regime until industry has had sufficient opportunity to implement it on a voluntary basis".

Westpac said it will be participating in the regime and "supports the benefits of the comprehensive credit reporting" but wouldn't commit to a launch date. "Our timing for moving to CCR will be determined by the implementation of all the required system changes and protection measures that are necessary to support the move," a spokesperson said.

ANZ didn't respond to our questions.

What RateSetter says about CCR

We asked RateSetter and SocietyOne how important CCR is to the P2P business model. Pretty important, it turns out – but not absolutely crucial.

"We think Comprehensive Credit Reporting is a game changer for Australian consumers," RateSetter CEO Daniel Foggo told us. "Its implementation will significantly boost competition and deliver fairer loan pricing for borrowers. By delaying their adoption of CCR, the banks are not treating their customers fairly."

But Foggo maintains RateSetter is already offering better deals without CCR. "Having visibility of the positive credit information provided under the CCR regime will allow us to further improve the speed of our credit assessment processes, and reward creditworthy borrowers with even better rates," Foggo said.

RateSetter uses its own 'RateEstimate' technology to match borrowers with lenders and says it reviews and approves loans in less than 24 hours.

RateSetter gave us the following comparative example for a $10,000, two-year loan for a borrower with a strong credit history:

*Comparison based on cheapest unsecured personal loan rate offered by a big four bank (NAB, CBA, ANZ and Westpac) as at 14 August 2015. Calculations documented and reviewed by CHOICE.

What SocietyOne says about CCR

SocietyOne CEO Matt Symons told us there's plenty of room for improvement when it comes to developing a credit reporting regime in Australia that serves the interest of consumers.

"Australia is still in its infancy in terms of credit reporting and we agree that while the CCR regime remains voluntary, it will be difficult to move towards a more level playing field consistent with international best practice," Symons says.

"We believe that an environment where better credit and underwriting decisions can be made is ultimately more beneficial for creditworthy consumers as more competition can flourish. A system where little data is available naturally gives the advantage to the banks."

Comparison site RateCity rated SocietyOne as having the best fixed comparison rate (8.95%) for a three-year unsecured $10,000 loan. ANZ's rate for the same loan type was listed at 17.04%

Like RateSetter, though, Symons says consumers can still get better deals in the absence of mandatory CCR.

"SocietyOne is still able to employ advanced credit decision techniques to assess applications and rank them according to risk grade. This credit ranking is determined by a combination of credit inputs, including credit score, analysis of transactional bank data and other information."

According to Symons, SocietyOne offers "one of the most competitive unsecured personal loan rates in the market" and allows borrowers to seek loans without the process impacting their credit rating. "You can get an indicative, personalised rate quote online in two minutes, based on your credit score, with no impact on your credit report. So you know immediately if you qualify for a loan and at what rate."

In late August, the comparison site RateCity rated SocietyOne as having the best fixed comparison rate (8.95%) for a three-year unsecured $10,000 loan. ANZ's rate for the same loan type was listed at 17.04%.