Here's our advice for people who are out of pocket because retailers are dragging their feet changing their meters. 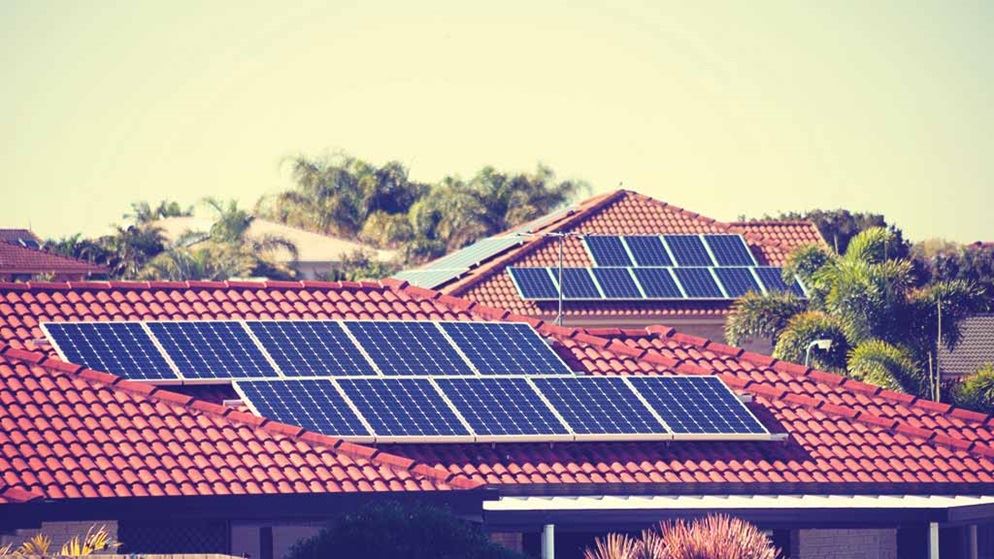 Almost 80,000 Solar Bonus Scheme (SBS) households across NSW could be out of pocket up to $460 because electricity retailers have failed to install new smart meters.

The installations should have been completed by 31 December 2016 when the scheme closed, and customers are raising questions about the slow pace of progress.

We talked to the retailers and relevant bodies to find out what you can do if you're affected.

CHOICE.community member Irene Perkins told us her parents in Blacktown received a letter from AGL last year promising a new meter "in the near future". When the end of the Solar Bonus Scheme came and went, she called and was told "before the end of April".

The meter may have been installed in April, but the sting is that Irene's parents were not able to use the free solar power from their 14 PV panels for those three hot and sunny months at the beginning of the year, and had to buy all of their electricity from AGL at retail rates.

Shani Tager from solar advocacy group Solar Citizens says they've heard from hundreds of unhappy solar owners since January about the slow rollout. "It's clear the big power companies have been dragging their feet and solar owners are the ones who are paying," she says.

CHOICE has teamed up with the CSIRO to test solar panels in the field over a long period of time. See our solar PV reviews to find out which models perform best.

Why do SBS customers need their meters changed?

Why did customers have a gross meter?

The government-subsidised Solar Bonus Scheme was designed to boost renewable energy supply in NSW. It paid customers generous feed-in tariff rates of 20c or 60c per kilowatt hour for the solar power they directed to the grid. Gross meters were installed with most of the scheme's solar systems because these exported all of the customer's solar power.

The scheme successfully added more than 342 megawatts (MW) of renewable energy capacity to the grid – but that subsidised gravy train stopped at midnight on 31 December 2016.

Retailers now only offer feed-in tariff rates of between 6 cents and 12 cents per kWh for any exported solar power – a fraction of the subsidised SBS rate. A customer's solar power is now worth more to them if it's used onsite to cut their bills.

How much are people out of pocket?

The pricing regulator IPART (Independent Pricing and Regulatory Tribunal) calculated that if customers with PV systems of 1.5kW to 3kW don't change from a gross meter to a smart (digital) meter, they'll be $234 to $461 worse off each year .

In fact, the savings vary markedly with different systems, electricity usage and electricity contracts. Solar Citizens told us that a typical household with a 5kW system in Sydney would save about $50 per month in electricity bills if it swapped to a smart meter. (This figure is based on getting an average 6c per kWh feed-in tariff for the exported solar, the solar system having a daily output of 19.4kWh, with 50% self-consumption of the solar, and a retail rate for electricity of 29c per kWh.)

Energy analyst Dr Martin Gill described a situation to CHOICE in which a Sydney house with a 2kW solar system would be out of pocket by about $3 per day, or nearly $94 per month (based on getting an average 6c feed-in tariff, the solar system having an output of 8kWh, with 80% consumption, and a time-of-use rate of 45c per kWh).

How many people are still waiting?

As of 1 April, only 50,000 of the 130,000 gross meters had been replaced, according to the NSW Department of Resources and Energy, which means 61% were potentially still without a new meter. We asked some of the retailers when they expected to complete the installations for Solar Bonus Scheme customers.

An Origin spokesperson said they'd have completed installations by the end of April (and by May or June for newer customers), AGL said May, and Energy Australia and Mojo Power told us the end of May.

We test 14 light bulbs from brands including Philips, Osram, Ikea and more. See our LED light bulb reviews for the results.

Complaints on the rise

Energy retailers are responsible for installing the smart meters. Many offered the new meters with no upfront cost to the customers as an incentive to stay with them. CHOICE's investigations reveal the problem is spread across many retailers.

The NSW Energy and Water Ombudsman has received 810 complaints related to digital meters since July 2016, with a big spike in March this year. The main issues raised were:

Bad planning or a strategic delay?

There was no mystery about the 31 December 2016 end-date of the scheme – it was set when the scheme kicked off seven years ago on 1 January 2010.

However, it wasn't until July 2016 that new legislation opened up the pool of contractors able to be trained to install smart meters in NSW from about 2000 to 35,000.

Shani Tager from Solar Citizens says, "The failure lies with the retailers because they didn't manage to line up the necessary number of installers."

Wayne Haslam, an Origin customer, has a large 10kW PV system on his irrigated farm in Sutton, NSW, where he uses a lot of power. His smart meter was installed on 27 February, after 58 days without use of his solar power. He's calculated that he's $313 out of pocket.

"Notification of this delay by my supplier was withheld until I had no real opportunity to install my own smart meter before 31 December," he says.

"Suppliers offered to install the meter at no cost but have now managed to be generously paid for it at householders' expense."

What should you do if you're waiting?

The responsibility for resolving digital meter rollout issues sits squarely with the retailer. Complaints should be directed to them in the first instance.

If you're not satisfied with the response, contact the Energy and Water Ombudsman NSW (EWON) at ewon.com.au or call 1800 246 545.

You can also lodge a complaint with the Department of Fair Trading at fairtrading.nsw.gov.au.

A spokesperson from the NSW Department of Fair Trading tells us, "There could be allegations of false and misleading representations if the retailers knew prior to entering into a contract with a consumer that they would not be able to provide a meter installation within a reasonable timeframe."

Ask for a timeframe for the new meter before accepting any new offers.

The squeaky wheel gets the grease

Shani Tager says Solar Citizens has heard from a number of solar owners who've had resolutions through being persistent.

"Complaining loudly and often, including threatening to move to another retailer, has led to prompt action from their retailer and installation of their smart meter."

Ask for a credit on your bill

The Energy and Water Ombudsman recommends customers seek compensation: "Solar Bonus Scheme customers who have experienced a delay in having a net digital meter installed should ask their retailer for backdated premium feed-in tariff credits once their meter is installed."

We asked a number of retailers what compensation, if any, they would offer customers but only Powershop committed to this, telling us: "Compensation for our customers will occur on a case-by-case basis. We are committed to ensuring none of our customers are disadvantaged as a result of this delay."

Powershop customer David Coulon confirmed this when he contacted us to say the company had credited him $150 for his 7 April meter installation.

Energy Australia is offering a credit for delayed smart meters, but it comes with strings attached. A spokesperson says, "The $40-a-month credit is for customers who have committed to one of our solar offers to ensure they're not financially disadvantaged because of the installation delays."

"Our Solar Booster Range starts from $10 a month for the Basic Booster which covers the cost of the smart meter, including installation."

Dr Martin Gill, a solar energy analyst, compared this offer to offers with free smart meter installations, a 6c/kWh feed-in tariff and no monthly fees. He found that a typical Sydney household with a 1.5kW system is almost $200 a year better off without the monthly fees and with the lower feed-in tariff.

But IPART chair Dr Peter Boxall also advises solar customers, "Feed-in tariffs are only one component of a retailer's market offer and the retailer with the highest feed-in tariff may not provide the best deal overall."

Solar owners should compare the total costs of a new retail offer, and shouldn't just select an electricity plan on the basis of the feed-in tariff. An Origin spokesperson tells us, "Where we've been unable to install a free digital meter prior to 31 December, we have offered our Solar Boost product, which has a FiT rate of 10c/kWh. We have waived the need to have a digital meter installed to be eligible for this offer."

However, IPART analysed some of these offers and found that customers paid a higher average price per kWh of electricity with them, and this had a bigger impact on the total bill than the feed-in credit.

In one case, IPART found that a customer's bill increased by $224 with the offer that had a 12.2 cents kWh feed-in tariff, when compared with the best overall offer on the market.

See IPART's very useful fact sheet about this, and the range of metering upgrade offers available to Solar Bonus Scheme customers from electricity retailers after 1 January 2017.
Note that these 'special offers' are not easy to compare alongside regular offers because they don't legally have to appear on the government's electricity offer comparison site Energy Made Easy.

Save on your electricity bill during winter by investing in an efficient heater. See our reviews for electric heaters and gas heaters or compare your options in our home heating guide.

What do retailers say about the delays?

We asked a number of the retailers why there were delays.

A Powershop spokesperson responded: "The problem is confined to one metering provider that was ultimately overwhelmed by the end of 2016/early 2017 due to the large demand seen statewide."

A Mojo spokesperson said: "In recent months, demand for smart meter installations has surged significantly ... [leading] to delays due to the number of qualified installers available."

An Energy Australia spokesperson wrote: "[The problem] is mainly due to the impact of recent poor weather in New South Wales and because managing the transition has been more complicated than we originally thought."

AGL pointed to issues on-site, saying, "The solution and timing of the meter installation (pre- or post-31 December 2016) was slightly different for our various customer segments, based on site specifics such as electricity supply phase, load management and current meter configuration."

And Origin said, "Where there's been an issue preventing us from completing the digital meter installation as advised – such as access issues, lack of communications coverage or at properties with three-phase supply or wiring issues – we've been in touch with these customers."