Stick blenders now come with a range of attachments, so should you ditch your food processor? 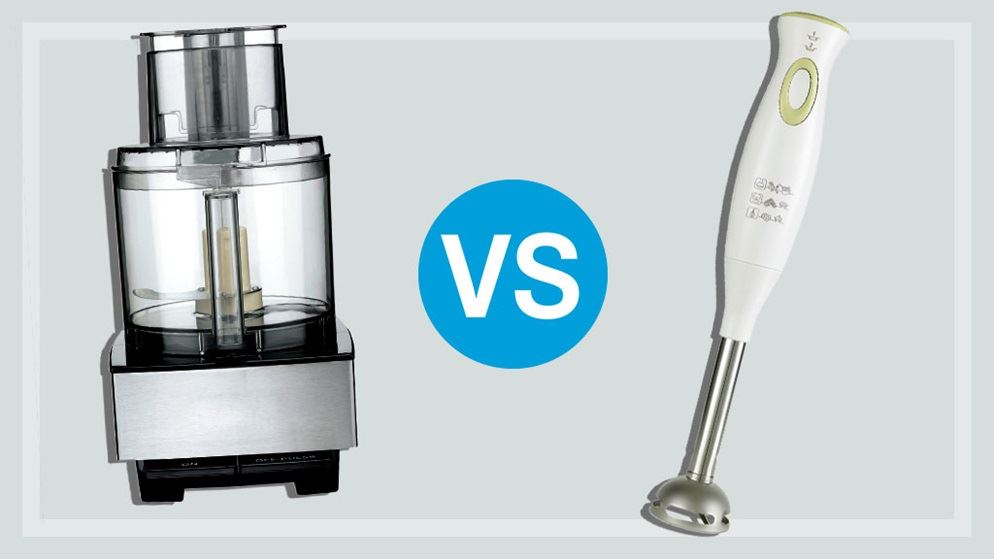 With the humble stick blender now coming with more and more attachments, is there really any advantage in buying a bigger, bulkier food processor?

Before you ditch the food processor, read on to find out why our expert says these versatile appliances still have a place in your kitchen.

Back in the day, a gourmet kitchen was incomplete without a food processor on the bench. It sent a signal to all that this was a home cook who knew their stuff. But as kitchens get smaller, cupboard and bench space are at a premium, and many of us have less time to tackle complicated cooking at home. So is a food processor still worth having?

According to CHOICE home economist Fiona Mair, the answer is yes. She says the best reason to buy a food processor is that it will help you save money.

"A food processor can really help you reduce the amount of processed foods you need to buy," she says.

What food processors do well

A food processor is great for:

In fact, so versatile is the food processor, says Fiona, it's another pair of hands in the kitchen. "It can do pastry in seconds, its great for cutting in butter if you're doing something like scones, and its fantastic for shredded vegetables if you're making coleslaw. Its a very handy appliance."

What to look for in a food processor

Many food processors now come with attachments like citrus juicers or other fruit and vegetable juicers, grinders and a jug for using it as a blender, but, warns Fiona, more attachments don't always make a food processor better.

A lot of these extras don't perform as well as a separate appliance devoted to that process, she explains. If you're going to blend a lot, get a separate blender, don't go for an attachment to your food processor.

To make the most of your food processor, she also recommends choosing one that is neither too large or too small. Look for a medium-sized goblet, is her advice.

We review models from Breville, KitchenAid, Sunbeam and more in our latest food processor reviews. 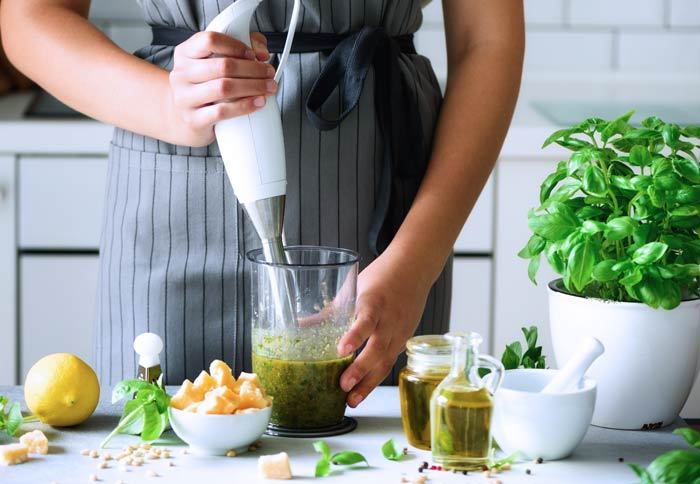 What stick blenders do better

For all its versatility, a food processor doesn't handle liquids very well, and that's where a stick blender really does come in handy. These handheld blenders are great for things like baby foods or soups. It can also take over for smaller jobs that are unsuitable to the food processor.

"A grinder attachment with your stick blender is an excellent option," says Fiona, "because a large food processor may struggle to handle smaller amounts of nuts, or herbs and spices."

"It's also easier to clean and easier to store, even with the extra attachments."

While its undoubtedly the better option in some circumstances, Fiona cautions that the stick blender does have drawbacks.

"With some of the attachments you'll need to use both hands, so they might not be that easy to use at times," she explains.

Because a stick blender can cost anything from $20 to $300, knowing what you want to use it for is important before buying.

"If it's just for soft foods and soups the cheaper option is probably fine," says Fiona.

But if you know you'll want to use it for a broader range of functions, she says you may need to pay more for a heavier, higher quality unit.