A guide to laser eye surgery

We shine a light on laser eye surgery procedures, costs, outcomes and potential risks to help you choose the right option. 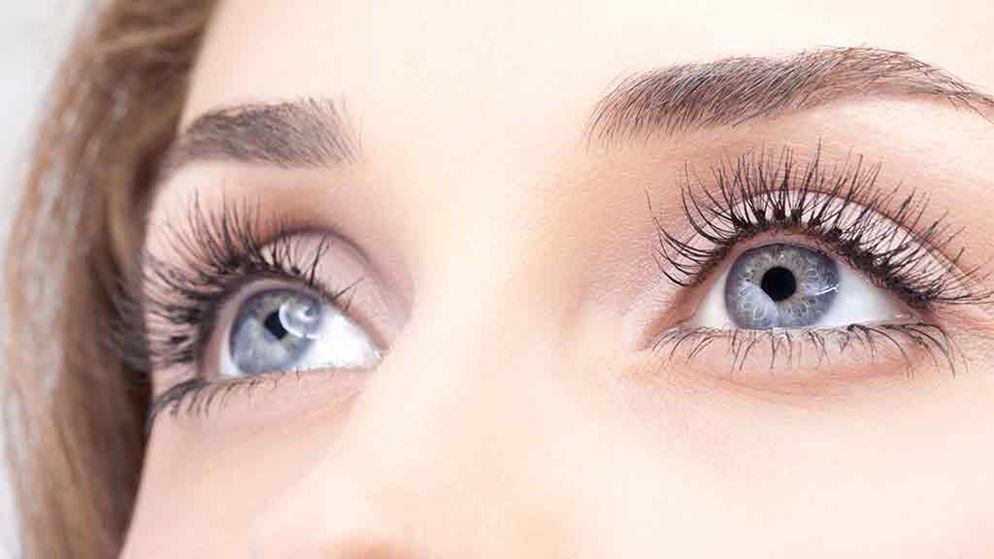 Do you want to see the back of your contacts or glasses?

Laser eye surgery offers (in most cases) a quick, effective and fairly pain-free solution to vision problems such as short- and long-sightedness and astigmatism. For many people with these conditions, laser eye surgery can completely remove the need to wear glasses or contact lenses.

On the downside, there's no guarantee you'll end up completely spectacle-free, and it'll cost you around $2500 per eye. You can't claim a Medicare benefit for it, and private health funds generally either don't cover it, or offer only limited rebates for members with top hospital/extras cover.

What happens during laser eye surgery?

In the normal eye, light rays pass through the cornea at the front of the eye and the lens behind it focuses them as a sharp image onto the retina at the back. When the cornea or eye is misshapen, however, we see a distorted or blurred image (called a refractive error). The most common errors are:

Laser eye surgery is an irreversible procedure that'll permanently alter the curvature of your cornea. (There are other procedures, such as a lens implant, but this is the most common.) Varying degrees of myopia, hyperopia and astigmatism can be corrected with laser eye surgery, either in one eye only or in both.

An ophthalmologist (ophthalmic surgeon) performs the operation, most commonly in a laser eye clinic, with a computer-controlled excimer laser that uses pulses of ultraviolet light to reshape the corneal surface – flattening it in short-sighted people, sculpting a steeper curve if you're far-sighted and evening the curve out to correct astigmatism.

Presbyopia – the age-related loss of our ability to focus on near objects – can't be corrected with traditional laser surgery, but monovision or conductive keratoplasty may help.

What happens? The surgeon cuts a tiny flap in the outer layer of the cornea so a laser can reshape the tissue underneath, before the flap is placed back over the treated area. The flap is either cut with a miniature scalpel (microkeratome) or created 'bladeless' with a fast, computer-guided femtosecond laser.

Who's it suitable for? This is currently the most popular procedure – your eyes should feel fairly comfortable the day after surgery, when you can probably resume normal activities. It's the more effective option if you're more severely short- or long-sighted.

The downside: It has been linked to the rare condition ectasia, where the cornea bulges out because it's been structurally weakened, resulting in poor-quality vision. There's a small but significant additional risk of surgical complications, mostly associated with the corneal flap — it can get lost or damaged, cut incompletely or completely cut off, for example. However, the developments in computer-guided femtosecond laser technology are designed to improve precision and make flap creation safer. The flap is also susceptible to future dislocation with a severe blow to the eye – from sports or accidents, for example – though it's very rare and usually repairable.

What happens? This is a type of laser treatment to the surface of the eye that entails no flap creation. Instead, the surgeon scrapes off a portion of the very top corneal layer before reshaping the surface with a laser. The cornea grows back naturally.

Who's it suitable for? A simpler procedure than LASIK, PRK also has less potential for complications and was the most common technique before LASIK gained popularity in the early 21st century. It's particularly suitable for correcting lower degrees of short-sightedness and astigmatism, and may also be recommended if you have a very thin cornea. People whose occupation or sports place them at risk of eye contact (e.g. military personnel, martial arts and contact sport participants) may also prefer PRK over LASIK  to avoid potential complications with the flap.

The downside: Compared with LASIK you're likely to feel more discomfort, and the recovery time is longer.

What happens? A femtosecond laser cuts a small lens-shaped disc of tissue, called a lenticule, within the cornea. Using a fine pair of forceps, the lenticule is then pulled out from the cornea through a small incision in the cornea, thereby changing the shape of the cornea. Because there is no flap, and no removal of the surface of the cornea, it is considered less invasive than LASIK or PRK, and is similar in principle to keyhole surgery.

Who's it suitable for? Royal Australian and New Zealand College of Ophthalmologists spokesperson, Dr Brian Harrisburg, says it's best for people with -3 to -6D myopia, rather than for more minor corrections.

The downside: The main concerns about it are the time it takes for the vision to settle down. Meanwhile it doesn't appear to have fewer side effects or greater benefits over LASIK or PRK.

Ophthalmologist Mr Romesh Angunwela, from world-renowned Moorfields Eye Hospital in London, says SMILE is no longer offered there, as it wasn't considered better than other procedures, and rates of visual recovery were more variable than for LASIK.

What happens? LASEK and Epi-LASIK (using a finer tool) are procedures based on PRK, where the top layer of the cornea is pushed aside during the surgery and replaced afterwards to preserve more corneal tissue. However, both procedures still involve laser surgery on the surface of the cornea, not inside the eye, as with LASIK.

Who's it suitable for? LASEK was developed as a treatment for people whose cornea is unsuitable for LASIK.

The downside: It takes longer to heal than PRK, and is not widely performed these days.

Laser eye surgery for vision correction can change your life for the better, but you need to be comfortable with taking a certain amount of risk, as no medical procedure is totally risk-free and the results are irreversible.

Laser eye surgery has been performed for more than twenty years now, and over that time, the complication rate has proven to be generally low. Around 5% of patients report problems following it.

The most common problems occur during the first few weeks after surgery and include:

Other, less common problems include myopic regression (where eyesight changes back to the pre-surgery state), lower contrast sensitivity and less crisp vision, even with glasses or contact lenses.

Complications that threaten your vision are very rare. But as with any other surgery, there's always a slight chance of infection, especially within the first two days after surgery. It's rare and more common with PRK than with LASIK, but infections can lead to scarring and, in extreme cases, blindness.

As it's a fairly recent procedure, the long-term effect of removing corneal tissue is unknown, but so far no studies have suggested that there'll be complications in the long term. Most problems discovered so far occur in the first year after surgery.

Most people will see better after laser eye surgery, but there's no guarantee you'll no longer need glasses or contact lenses. In fact, you're very likely to need reading glasses anyway as you get older, as laser eye surgery won't prevent the onset of the age-related vision problems. (It won't speed it up either, though it might become more noticeable after surgery.)

If you're aware of the surgery's limitations, as well as the potential complications and risks it entails, and you're still convinced it'll improve your lifestyle, laser vision correction might well be worth the expense.

Best chance of success: More than 90% of lightly to moderately short-sighted people achieve 6/12 vision and many 6/6 vision or better. A person with 6/12 vision – the legal requirement for driving in many Australian states – can see at six metres what a person with normal vision can see at 12. (The old term for normal vision was 20/20, which referred to feet instead of metres.)

May find surgery beneficial: People with worse short- or long-sightedness can still benefit from the surgery, but might have to temper their expectations. And although astigmatism can also be treated, its type and severity will affect results.

The cost of laser eye surgery varies, depending on the type of procedure and the technology used. Typical costs are between $1300 to $3700 (on average $2500) per eye.

Don't expect much, if any, in the way of rebates from your private health insurer. While many funds do cover laser eye surgery, the cover may only apply for their top hospital or extras policies, and will usually only cover a small portion of the total cost. Check with your health insurance provider.

Medicare pays no benefit for most laser eye surgery either – only if it's required to treat certain eye diseases. Otherwise it's seen as cosmetic, as it's generally done to eliminate your need to wear glasses.

So how do you make sure you get an experienced surgeon and a good clinic?

Your GP, optometrist or ophthalmologist may be able to recommend a good clinic or a particular ophthalmic surgeon experienced in providing laser surgery. You should check out more than one clinic though, both to get a second opinion and to compare the services offered. Be wary of clinics that guarantee you perfect vision – it's not something that can be guaranteed.