Save money on medicine

Does the cost of medicine make you feel ill? Reduce your costs with these simple tips. 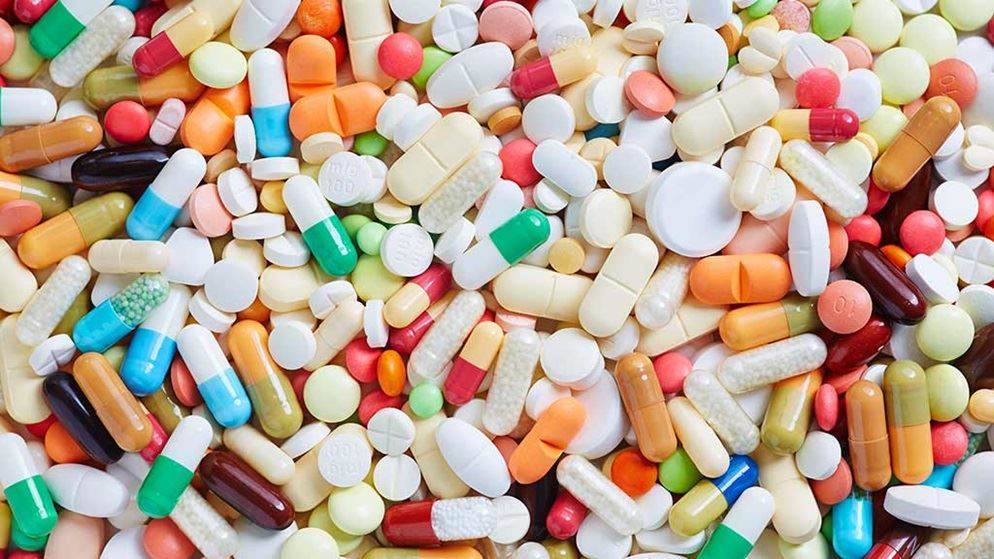 Pain in the hip pocket?

While most of us need medicine sometimes, some need a lot, and the costs can really add up. Meanwhile, the government, which subsidises many medicines to make them more affordable for consumers, faces a massive and ever-increasing bill.

The good news is there are ways that consumers can save money – and save the government and taxpayers money at the same time. We look at some of the cost-saving measures you can take.

How the PBS works

Many commonly prescribed medicines in Australia are subsidised by the government under the Pharmaceutical Benefits Scheme (PBS). The cost to consumers of a medicine under the PBS is generally capped at two different prices: in 2016 this is $6.20 for people who are eligible for a concession (including holders of pensioners, health care, seniors' health and Department of Veterans' Affairs cards); and $38.30 for everyone else. Given that some medicines can cost hundreds or thousands of dollars, the savings to consumers are enormous.

If you and/or others in your family buy a lot of medicine, safety nets also apply, so you pay a reduced price after reaching certain spending limits in a calendar year. For concessional patients this is $372, and after that PBS listed medicines are free. For general patients the safety net threshold is $1475.70, after which PBS listed medicines are charged at the concession rate of $6.20. If you do go through a lot of medication it’s a good idea to ask your pharmacist for a prescription record form so you can keep track of your spending and receive safety net benefits.

For some medicines, extra charges may apply, which can take the cost of medicine over the co-payment amounts. These charges include brand premiums, therapeutic group premiums or special patient contributions, and after hours and delivery fees. These extra fees don't contribute to your safety net total.

Brand premiums apply to products where a cheaper brand is available but you've opted for a more expensive one. You may be able to avoid the brand premium by asking your doctor or pharmacist to switch you to a cheaper, equivalent brand.

The co-payment is the maximum price you have to pay. When a PBS medicine costs less than the co-payment, you simply pay the full price. It can be worth shopping around as some pharmacies are able to cut costs by dealing directly with manufacturers, and/or reducing overheads, and sell it cheaper than others.

If your medicine isn't covered by the PBS, your doctor may write you a private prescription, and you pay the full price. Private prescription costs don't contribute to your safety net, though you may get a rebate from your private health insurance company so be sure to check.

Under current laws, PBS medicines that are subsidised by the government cannot be discounted, unless it's supplied as a non-PBS (private) prescription. Pharmacies can and do supply PBS prescriptions as private ones to save you money on the purchase. It also saves the government money, but remember, it won't count towards your safety net.

If the safety net applies to you, check whether the prescription has been processed as PBS or private – a prescription record form (PRF) sticker is provided for PBS medicines.

The active ingredient in a generic medicine is exactly the same as the original brand product. The generic and brand drug may even be made in the same factory by the same manufacturer. However, they may differ in appearance and contain different inactive ingredients, called excipients, including coatings, binders, fillers, colourings and so on.

Australian regulations require that the generic drug work in exactly the same way as the brand drug – that it's 'bioequivalent'. This means the active ingredient in both branded and generic versions must reach the blood system at the same speed and concentration.

While there is potential for excipients to alter the action of the active drug, these bioequivalency requirements mean any given medication should be unaffected by this. However, some people may have sensitivities to certain excipients, such as gluten or lactose, so it's important to check these ingredients if you decide to switch to a generic brand. Excipients may also affect how the drug works in some individuals, though it's uncommon.

People paying the concessional prescription rate of $6.10 probably won't save money buying a generic product, unless the price of the generic is lower than $6.10. However, it will save the government – and taxpayer – money.

For some conditions, such as high blood pressure or diabetes, it’s common to take more than one type of medicine to manage the condition. Instead of taking two or more pills, these medicines are sometimes combined in a single tablet, which not only saves you money – instead of paying two or more co-payments, you only pay one – it’s also a lot more convenient.

The downside, though, is that for various technical reasons to do with pharmaceutical pricing, combination medicines often end up costing the government more than the total cost of the individual drugs.

What if your doctor prescribes a medicine that's new on the market? The first thing to consider is that it will cost you more – new medicines are patent-protected so there won’t be a generic equivalent yet.

But surely newer is better, and therefore worth the cost? Well, not necessarily. Often new medicines are not much different to older ones. In fact a survey of over 3000 new medicines introduced in France from 1981 to 2004 found only 10% had any advantage over existing therapies, and the advantage was mostly small.

And while most medicines are well-studied before they go on sale – usually on young, healthy people – there are plenty of cases where significant problems turn up later. The arthritis drug Vioxx, for example, was found to increase risk of heart problems years after it went on the market, and was subsequently discontinued.

Can you use medicine after its expiry date?

Many people take medicine that's past its expiry date to save money and a trip to the doctor and/or pharmacy for new medicine. Advice on taking expired medicine varies greatly, with some arguing it's probably safe and worth taking when absolutely necessary and others saying it's not worth the risk.

There are two issues with expired medicine – safety and potency. There are some expired medicines that are definitely unsafe to take, either due to a critical loss of potency or potential for degradation into undesirable products. These include epinephrine (EpiPen), insulin, some kinds of antibiotics, oral nitroglycerin for angina and eye drops.

The expiry date still applies to unopened medicine. Some medicines start to lose potency after the package has been opened, and should be used within a year of opening, even if that's before the expiry date. Some, such as antibiotic suspensions and eye drops have a shorter life once opened – check the label for specific instructions.

Yet many medicines stand up well over time. A US military study found that many medicines were still good up to twenty years or more after their expiry date. Another study of medicines found in a pharmacy, some 40 years out of date, were still safe and effective.

Even so, the NPS MedicineWise says it's not worth risking it.

"Most medicines will slowly deteriorate over time, which can make them less effective and in some cases harmful,” warns NPS MedicineWise Chief Executive Dr Lynn Weekes.

Storage conditions also affect longevity – the humidity of the bathroom cabinet or the heat of the car glove box will increase the rate of degradation. The tablets stored for the US military and in the pharmacy as mentioned above were kept in optimal conditions.

How not to save money

There are some things that look like they’ll save you money – but at what price?

In general, Australian medicine prices compare favourably with many other developed countries. However, there are some medicines that are cheaper overseas and it may be tempting to buy them online.

The Therapeutic Goods Administration (TGA) warns that medicine bought from overseas may not meet the same safety, quality or efficacy standards as ones bought in Australia. Potential risks include fake or counterfeit medicine, undisclosed ingredients, medicines past their use-by date or drugs that are contaminated or the wrong strength.

If you've ever received an email offering cheap prescription medicines with no prescription required, it could be a scam. At best they may steal your credit card details or upload damaging files to your computer, such as spyware or keystroke loggers. At worse, they might actually send you some medicine that either doesn't work or even harms your health.

The ACCC has tips on how to spot fake pharmacy ads.

What has the Trans-Pacific Partnership got in store for us?

The Trans-Pacific Partnership (TPP) agreement currently being negotiated between the US and 11 other countries, including Australia, stands to increase the cost of medicines in Australia, thanks to intellectual property (IP) provisions that will entrench and extend existing monopolies in the pharmaceutical industry.

It's currently really easy for companies to get patents on small variations to their existing drugs – new forms of the drug, new forms of drug release or new combinations, for example. With strategic timing, this can be used to extend their monopoly on the market by shutting out other drug companies, including generics.

It's widely acknowledged the Australian patent system requires reform, because standards required to get a patent are low. The TPP, however, will entrench the current system and make reform impossible.

Another concern is that monopolies over clinical trial data will be extended from the current five years to up to 12 years for certain medicines, restricting generic medicine manufacturers from accessing the data and using it to support TGA approval for its product.

These provisions already cost the Australian health system hundreds of millions of dollars each year, largely by delaying the entry of generic medicines onto the market. And the consumers who need them are set for higher out-of-pocket costs.