What you need to know before you go under the knife. 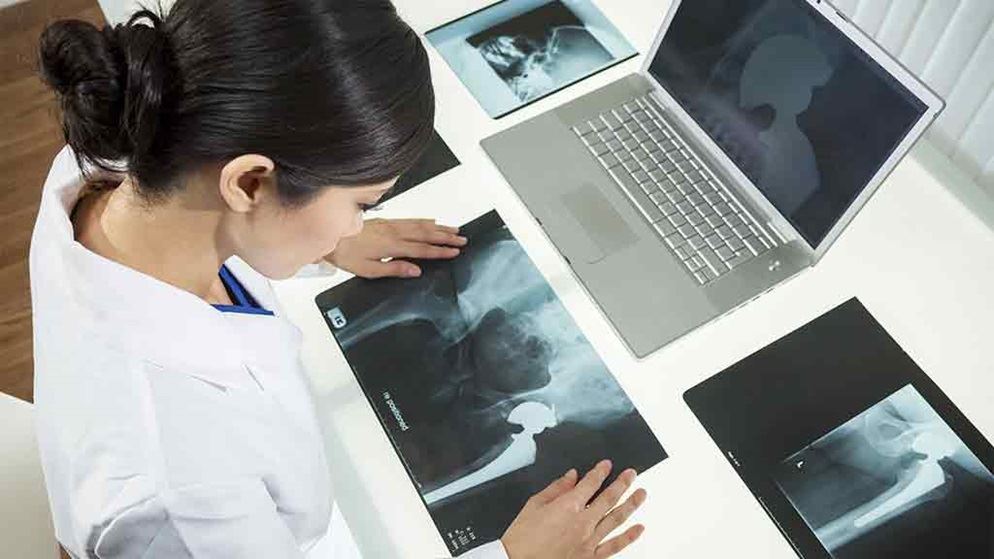 What are the risks of joint replacement?

If you're getting hip or knee replacement surgery, the device you're fitted with can differ depending on your surgeon and hospital, and whether you are a private or public patient.

These issues were highlighted in a Senate inquiry in late 2011 that looked into a medical scandal. Between 2004 and 2009, 5500 Australian patients were implanted with two now-recalled DePuy hip replacement devices. By 2013, up to 13% of those patients needed revision surgery to replace the faulty prosthesis.

As a result of the Senate inquiry, clinical testing was introduced and revision rates went down to 9.6% in the 12 months to December 2015. The number of prostheses on the market that are associated with higher than expected rates of revision has also decreased.

Why clinical testing was introduced

The 2011 Senate inquiry into medical devices asked the Therapeutic Goods Administration (TGA) to change the way it lists new prostheses in Australia – and for good reason.

Before July 2012, no clinical testing was needed for the TGA to list a hip or knee replacement device in Australia. In approving the DePuy devices, the TGA relied on British information, based on laboratory testing. In the US, one of the DePuy devices couldn't be listed without clinical testing, but this trial was abandoned and DePuy subsequently withdrew its application for listing.

Between 2003 and 2007, 260 new devices for hip and knee replacement surgery were released in Australia, according to the National Joint Replacement Registry (NJRR), which tracks the performance of hip and knee prosthetics in this country. Three-quarters of these were used on fewer than 100 of the roughly 80,000 hip and knee surgery patients per year, and so their performance was difficult to assess. Of the rest, none performed better than what was already available, and 30% performed "significantly worse", according to NJRR director professor Stephen Graves.

The NJRR reveals that factors such as age, gender, individual diagnosis, the type of prosthesis and surgical techniques can determine the success of a hip or knee replacement surgery and the longevity of the device. So it's crucial that your surgeon takes your specific circumstances into account when deciding which devices to use.

As a result of the Senate inquiry:

Consumers told the Senate inquiry they were concerned that "there may have been inducements paid to doctors or hospitals to favour particular prostheses".

While the Senate committee noted the various codes of conduct that regulate such practice, it also noted that Johnson & Johnson, the makers of the DePuy devices, had to pay high penalties in the US and UK because of improper payments to health care providers.

The Senate inquiry called on the Department of Health and Ageing to "address the issue of inducements paid by pharmaceutical companies and medical device manufacturers to doctors and teaching hospitals".

The track record of the device chosen by your surgeon is often not clear, since prostheses don't come with consumer information sheets like pharmaceuticals do. The Consumers Health Forum is calling for "post-market surveillance and a national register for all prostheses, so that consumers can be given high-quality, independent information before a device is implanted".

If that information had been available to consumers before they were implanted with the failed prostheses, they may have been spared a lot of pain. Problems with the DePuy devices were evident since at least 2007, two years before they were recalled.

How do doctors decide?

The hip or knee replacement device that's selected for you will depend on the surgeon you use and whether you're a private or a public patient.

"In the public sector, different hospitals have been able to mandate the use of different prostheses – they might have an agreement with a provider," said Cindy Shay, group general manager of provider relations at Medibank Private.

Price is a major factor for the public system, said Graham Mercer, president of the Australian Orthopaedic Association, which established the NJRR. "The difficulty with the public system is that they will look for the cheapest possible prosthesis."

If you're a private patient, your surgeon may have greater choice of prostheses. However, your surgeon's experience with different devices can limit the choice. Some consumers who were implanted with the failed DePuy devices asked their surgeon for a specific hip replacement device but weren't given their choice because of the surgeons' unfamiliarity with it.

Do you need private hospital insurance?

The only way to avoid these waiting lists is to get your surgery done in a private hospital. Find a health insurance policy that covers your needs.

What you should ask your surgeon

Before you go ahead with a joint replacement surgery, there are certain factors that you need to be certain of. Here are some useful questions to ask your doctor before agreeing to go under:

If in doubt, consider getting a second opinion.