In a field of huge potential, the hype is currently way ahead of the science – with vulnerable consumers paying the price. 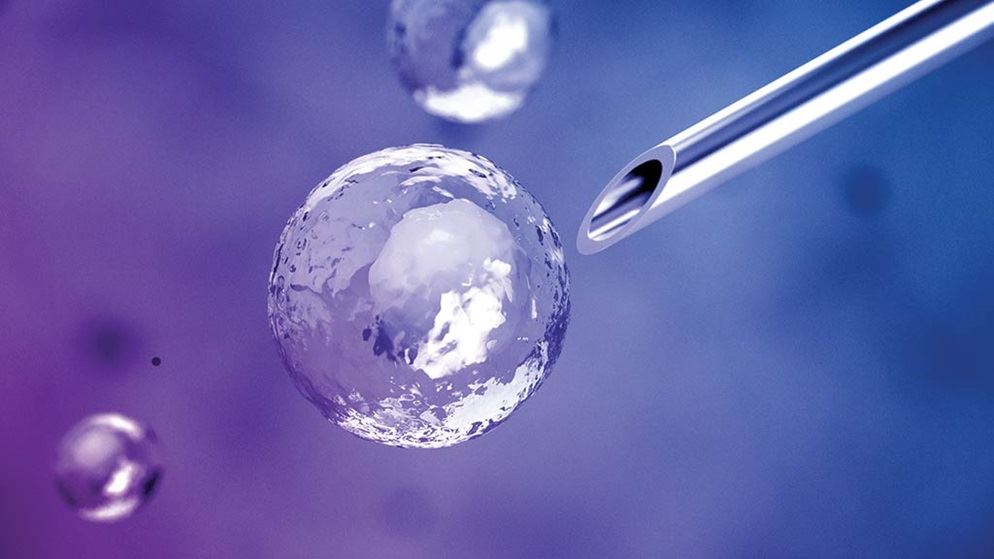 With regular media reports of stem cell therapy linked to breakthroughs in the treatment of conditions including multiple sclerosis, Parkinson's disease, cerebral palsy and diabetes, it's little wonder hopes and expectations of stem-cell induced miracle cures are burgeoning.

Here we look at the stem cell therapy industry, which treatments have been proven to work and which to steer clear of, along with what action you can take to protect yourself against dodgy operators.

What is stem cell therapy?

We have lots of different types of cells in our body, such as muscle cells, bone cells, nerve cells, skin cells and so on. Stem cells are 'mother' cells that have yet to become a specialised cell type, and are able to divide and multiply indefinitely.

There are two main types:

Bone marrow contains adult stem cells that have been used for decades to treat leukaemia and lymphoma and certain blood diseases. While the potential for embryonic stem cells to develop and multiply and ultimately replace faulty cells has been long recognised, ethical concerns – and legal restrictions in some countries – have to some extent constrained the development of treatments using embryonic stem cells.

But more recent developments in stem cell science – whereby already specialised cells, such as fat, blood or skin cells, can be induced to behave like embryonic stem cells – have opened up the field and its role in the future of regenerative medicine.

It's these so-called induced pluripotent stem cells that are used in many of the stem cell therapies offered directly to consumers.

While treatment using allogeneic cells are highly regulated in Australia, autologous therapies, and those in development, are not subjected to the same degree of scrutiny and regulatory oversight.

What conditions are claimed to be treated?

According to the Australian Academy of Science, there are around 60 practitioners offering unproven stem cell therapies in Australia, using direct-to-consumer advertising through websites and even radio ads, or word of mouth.

At present, there are very few conditions for which stem cell therapy is a proven treatment, and these include blood cancers (such as leukaemia) and other blood disorders, other cancers (such as Hodgkin's disease and non-Hodgkin's lymphoma) and some autoimmune disorders. In all cases the treatment involves the use of blood stem cells obtained from bone marrow or cord blood.

While there are legitimate clinical trials going on for many diseases and conditions, researchers investigating the stem cell therapy market in Australia have found it offered by private clinics in Australia outside of the clinical trials process for a wide range of diseases – including osteoarthritis and musculoskeletal pain, infertility, sports injuries, cancers, muscular dystrophy, multiple sclerosis, stroke, spinal cord injury, headache and migraine, asthma, autism, and cosmetic applications such as 'facial rejuvenation' and other anti-ageing therapies.

There are stem cell therapies offered outside the clinical trials process overseas, and recent years have seen the rise of 'stem cell tourism'. Australians have travelled to countries including China, Russia, India, Germany, the US, Israel and Panama to undergo stem cell therapy for spinal cord injury, cerebral palsy, motor neurone disease and multiple sclerosis.

Experts point out that there is no reliable evidence that any of these procedures work, and many of the treatments on offer are considered experimental. While they may be scientifically plausible and may even have had indications of success in human subjects, they're essentially unproven therapies. Some in fact claimed to be conducting research, although few had published their findings in reputable peer-reviewed journals.

But that's not how it's being sold to the public – leading experts in stem cell science have observed a large disconnect between marketing hype and evidence-based, scientific reality.

As for stem cell creams and lotions, take them with a grain of salt. They're unlikely to contain live stem cells (as they can't survive in the cream), so at best they may contain extracts from stem cells, or ingredients meant to stimulate your own skin's stem cells. However, there are concerns that even these ingredients can't survive indefinitely, and it's not certain whether they can penetrate the skin barrier.

Despite their apparent harmlessness, Associate Professor Megan Munsie of Stem Cells Australia and the University of Melbourne is concerned about claims that various cosmetics contain stem cells. "It normalises the more extreme practices, reinforcing the notion that stem cells are somehow magical," she says.

Many Australian clinics also already offer treatment for osteoarthritis and various other joint problems, despite a lack of conclusive evidence from clinical trials. A review on the safety and effectiveness of stem cell therapy for treating osteoarthritis found no good-quality, placebo-controlled trials published in medical literature.

Trials comparing stem cell therapy with other treatments, or simply comparing before and after, show some promise, but the nature (or lack) of the comparison groups make it difficult to draw firm conclusions about the effectiveness of stem cell treatment. The Australasian College of Sports and Exercise Physicians says more robust, peer-reviewed clinical evidence is required before stem cell treatments should be routinely provided to patients.

Apart from lack of evidence, the safety of these marketed stem cell treatments is also questionable. Some of the adverse events arising from stem cell therapy include the development of tumours and abnormal bone growth, blood clots, paralysis, infection, allergic reactions, and even death.

Meanwhile, patients who opt to try stem cell therapies may discontinue conventional proven treatments or palliative care, and may find themselves ineligible to take part in properly administered clinical trials in the future.

Stem cell tourists face additional challenges, in that people who conduct stem cell therapy in other countries may not be suitably qualified, and there may be lower standards of hygiene and infection control. And if something goes wrong, options for legal or medical recourse may be limited or unavailable.

There are also concerns about the medical practitioners in Australia carrying out stem cell therapy. It may be the case that the doctor administering stem cell therapy has no formal training in that area of medicine. For example, a cosmetic surgeon attempted to treat a patient for dementia using stem cells from fat; the patient died due to complications.

Then there's the inherent conflict of interest: due to the lucrative nature of the industry, stem cell providers may not make treatment decisions in the best interests of the patient.

Ultimately, consumers are forking out thousands of dollars – typical costs range from $10,000 to $60,000 – with very uncertain outcomes, and with little or no follow-up or aftercare. They may even be encouraged to come back and try again if their treatment hasn't worked the first time.

What does the regulator say?

Unfortunately for consumers, the stem cell treatments proliferating in private clinics fall into a regulatory grey area. The Therapeutic Goods Administration (TGA), which is responsible for (among other things) regulating prescription medicines, medical devices, blood and blood products, specifically excludes from its jurisdiction autologous cell therapy where cells are taken from a patient and transplanted back into the same patient by a registered medical practitioner. This frames the treatment as a medical practice – subject to regulations concerning medical practitioners – rather than the provision of biological goods.

Stem Cells Australia, a multidisciplinary research collaboration of experts from around Australia, has called for the TGA exemption to apply not only when:

as is currently the case, but also:

Proponents of the status quo argue that increased regulation will stifle innovation and delay potentially life-saving therapies, and some have argued for self-regulation and oversight. However, Dr Munsie argues that improved regulation won't inhibit the implementation of properly conducted clinical trials. Independent monitoring and oversight is essential to ensure patients are not placed at risk, but also that progress in the field isn't compromised by those offering unfounded treatments in the name of stem cell science.

As the result of a review into stem cell treatments and advertising, the TGA announced some changes to regulations to take place in 2018. We don't know the details yet, but indications are that procedures that take place outside of hospitals will be more tightly regulated, and advertising will be restricted.

What can consumers do?

If, having done your research, you're interested in stem cell therapy for a particular condition, you could look at the Australian Clinical Trials website to see if there are any clinical trials taking place that you'd be eligible to join. Better yet, discuss your options with your doctor – they know your condition's history and current stage and, importantly, aren't financially conflicted.

Some commercial clinics may suggest that you're part of clinical research, or even call it a clinical trial, but unless the experimental intervention on offer is listed on a reputable clinical trial registry, it is unlikely to have been appropriately reviewed and approved. Even then, some clinics have started the controversial practice of registering treatments on the clinical trials register as case series, and they're charging people to take part. So-called pay-to-participate trials don't have the same oversight as genuine clinical trials, and it's on the increase overseas as well.

Being asked to pay for the treatment should sound warning bells. If fees aren't mentioned outright, look for 'unfunded' or 'self-funded' trials. Another red flag is a reluctance of the clinic to share data about the safety and effectiveness of the proposed treatment – and patient testimonials, blogs or 'as seen on TV' are not evidence a therapy is safe and effective.

Unlike commercial clinics, properly conducted clinical trials will declare their experimental nature upfront, as well as possible positive and negative outcomes. Patients are under the highest standards of medical care and are monitored throughout, given all necessary aftercare and long term follow-up. And patients aren't charged for the treatment. Importantly, real clinical trials will have been cleared by an ethics committee, will have a consent form with a clearance number from the ethics committee and contact details. The absence of an ethics committee review is a major red flag.

If it's already too late, and you've paid your money with no results – or bad results – it's important to lodge a complaint. Perhaps understandably, people who've suffered at the hands of stem cell shonks often want to put the experience behind them rather than become embroiled in a long-winded complaints process. However, Dr Munsie believes that a lack of formal complaints is giving a false impression of consumers' experiences with stem cell treatments, and is an excuse for the regulatory inactivity in Australia.

Complaints about the professional conduct of a medical practitioner can be made to the relevant board (doctors, dentists and various allied health professionals) via the Australian Health Practitioner Regulation Agency (AHPRA). Patients and/or their family members, as well as their concerned doctor, can lodge a complaint.

You can also complain to the health care complaints commission in your state about a practice, clinic or hospital, as well as registered and unregistered health practitioners.

Consumers misled or deceived by claims suggesting a treatment was safe or effective may also have recourse under Australian Consumer Law, and are encouraged to lodge a complaint with their state's fair trading department, or the Australian Competition and Consumer Commission (ACCC).

CHOICE tests and reviews fitness trackers. Find out which ones perform best.

The Therapeutic Goods Administration (TGA) has a question and answer guide for consumers on stem cell therapy and regulation.

CHOICE thinks that more needs to be done to protect consumers. Advertising needs to give consumers clear information about any proven benefits and likely harms. Regulators should be proactively monitoring what services are being promoted, rather than waiting for complaints, and should have the power to take quick, effective action in cases where useless or harmful treatments are being pushed at high cost to vulnerable consumers.