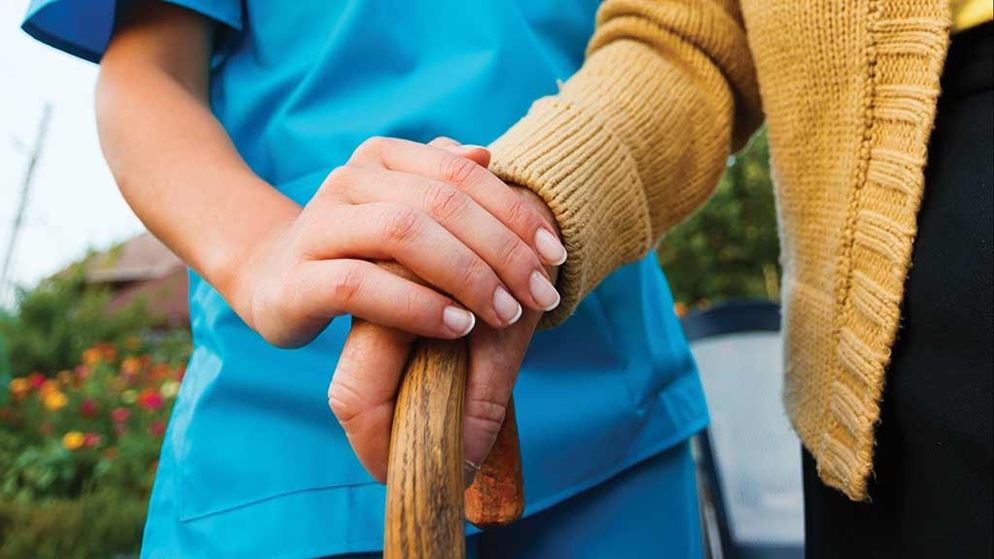 You don't have to look far to find a horror story about a nursing home.

More than a few reports over the years have described residents being subject to poor and sometimes inhumane treatment by overstretched staff – and complaining has made matters worse for some.

A 2013 report from Alzheimer's Australia detailed cases of residents with Alzheimer's being shackled, assaulted and forcibly sedated in nursing homes. And stories about residents left in urine-soaked beds or worse are not hard to come by. Then there are the actual deaths that have been attributed to shoddy nursing home management.

Meanwhile, the Federal Government is leaning toward a privatised, self-regulating model that will likely mean less independent oversight.

There are many good nursing homes out there amid the bad ones, but it's important to know the back-story and stay on high alert when navigating this problem-ridden sector.

It came to light during a NSW parliamentary inquiry in August last year that 93 NSW nursing homes (also known as aged care facilities) had failed to meet accreditation standards over the previous three years – meaning they fell short on basic requirements such as providing proper nutrition, hydration and safety. Nationally, there were 371 such failures over the same time period– a small but significant portion of the sector.

The failure rate wouldn't have come as a shock to aged care advocates who've long called for improvements in quality control.

Who's doing the inspections?

Nursing homes are inspected by assessors registered by the Australian Aged Care Quality Agency (AACQA) once a year (or within about two months of residents moving in, in the case of a new home).

Many complaints probably go unrecorded, since assessors only talk to "a minimum" of 10% of residents during inspections. Re-accreditation audits, during which adherence to standards is checked across the board, occur only every three years.

Given the widespread failure to meet standards, it would seem the Commonwealth inspection scheme hasn't met its mandate of ensuring high-quality care, not least because much of the oversight is left to the nursing home businesses themselves.

Another reason may be that site visits occur during regular working hours instead of after-hours, when staffing levels are lower and violations of standards may be more likely to occur.

AACQA declined to comment on whether it thinks its inspections are effective in light of the failure rate – and whether inspections should occur after-hours, which was recommended by the inquiry.

A spokesperson told us: "The way in which audits are carried out are set out in the Quality Agency Principles 2013. We undertake unannounced assessment visits during periods when we are able to maximise the opportunity to access staff and care recipients at the home."

Dr Maree Bernoth, a lecturer in nursing and aged care at Charles Sturt University who has been a vocal critic of the accreditation system, believes a complete overhaul is in order.

"The accreditation process is really just a document audit," Bernoth told us. "It's all about the paperwork – they're not actually observing care. And you can't rely on information that comes from interviews with residents because it's compromised by the process. Our research has shown that retribution can occur for people who complain".

"There is huge variation in the standard of care that's being delivered, but the best we can say is that we don't know the extent of the problem in the aged care sector. The accreditation process is not picking up issues the way it should."

Who's doing the caring?

Inadequate staffing and the resulting substandard care has been a recurring theme over the years, even though existing legislation requires nursing homes to have enough qualified staff on hand to properly look after the residents. Still, there are no federally required staffing ratios or mandatory staff skills in aged care.

It's also worrying that the level of care in some homes may have taken a turn for the worse recently when a change to the way nursing homes are federally funded superseded the requirement that high-care homes in NSW be staffed with registered nurses, the only state with such a rule. So far the NSW Government hasn't changed its policy on registered nurses, a prospect that many aged care advocates consider nonsensical. (The change by the Commonwealth – part of its move toward deregulation – effectively did away with the distinction between high-care and low-care homes, a recommendation in a 2011 Productivity Commission report.)

With the exception of trained nurses, the barrier to entry for nursing home staff is low – and the salaries reflect that. Many workers have received no training at all and earn close to the minimum wage. Morale among many nursing home staff can also be low, and turnover is high. Many nursing homes have looked to migrant labour to deal with the staffing shortfall.

In a submission to a 2011 Productivity Commission review of the sector, one aged care workers union, United Voice, made the case that "it is morally unjust that those in our society caring for older Australians are not afforded the pay and conditions the community would expect or the role deserves".

United Voice cites a case in which one nursing home worker saw the staffing ratio at her facility drop from 10 carers for 35 residents to one-and-a-half carers for 16 residents. And some nursing homes have been found to have no staff at all on duty at off hours.

Staffing shortages is an issue that was highlighted as far back as the 2004 Hogan Review in Victoria, which recommended that the Commonwealth support a significant increase in the number and skill levels of nursing home staff.

It's no secret that nursing home operators can be part of the problem as well. Along with fostering a profit-driven environment that leads to substandard care, some have reportedly hidden their profits in offshore havens like Vanuatu so they could qualify for more federal funding while at the same time resisting wage increases for staff.

Shining a light on the shortcomings

Late last year a NSW parliamentary committee looking into nursing homes made a number of recommendations that draw a fine point on some of the longstanding issues in the industry:

Am I entitled to government assistance?

Money has also been a vexed issue in the nursing home sector. The Productivity Commission's 2011 inquiry report Caring for Older Australians focused on the complicated funding models for both nursing homes and their residents. The report recommended that the methodologies for determining how much government support each is entitled to – and in particular how much residents have to pay themselves – be made more transparent and affordable.

"The levels of user co-contributions are inconsistent and inequitable within and between community and residential care," the Commission reported, referring to two different types of aged care options.

At least three earlier government reviews that covered the sector – the 2004 Hogan Review, the 2009 National Health and Hospitals Reform Commission Report, and the 2010 Henry Review – also identified the need to improve and simplify the subsidisation model.

Allegations that nursing home operators routinely rort the Commonwealth's Aged Care Funding Instrument have been vigorously denied by the industry, in particular its representative body Aged and Community Services Australia.

Its CEO, Illana Halliday, pointed out in December last year that 34% of aged care facilities either lost money or broke even according to a July 2015 report by the Aged Care Financing Authority. "Data has never been provided to us by the government to support the alleged misuse and patterns of where it is occurring," Ms Halliday said.

But media reports of financial foul play have dogged the industry, and the Federal Government recently reduced subsidies for nursing homes by $472 million, putting further strain on the quality of care.

How do I lodge a complaint?

Anyone can complain, including nursing home residents and staff, family members, friends and volunteers. And complaints can be about any aspect of aged care, including treatment of residents, the food, or the physical environment.

The Australian Aged Care Quality Agency says it "will use any information we receive [from the Complaints Commissioner] about the performance of an aged care service in planning future assessment and monitoring activities".

But considering all the angst about nursing homes failing to meet standards, there have been surprisingly few complaints through official government channels. There was only an average of about one per home across about 2800 homes nationally in 2013-14, and only 40 of those complaints were finalised. So perhaps the complaint process isn't working as well as intended.

Lodge a complaint online at agedcarecomplaints.gov.au or call 1800 550 552

What does it take to be a nursing home assessor?