What you need to know about living with extended families under the same roof. 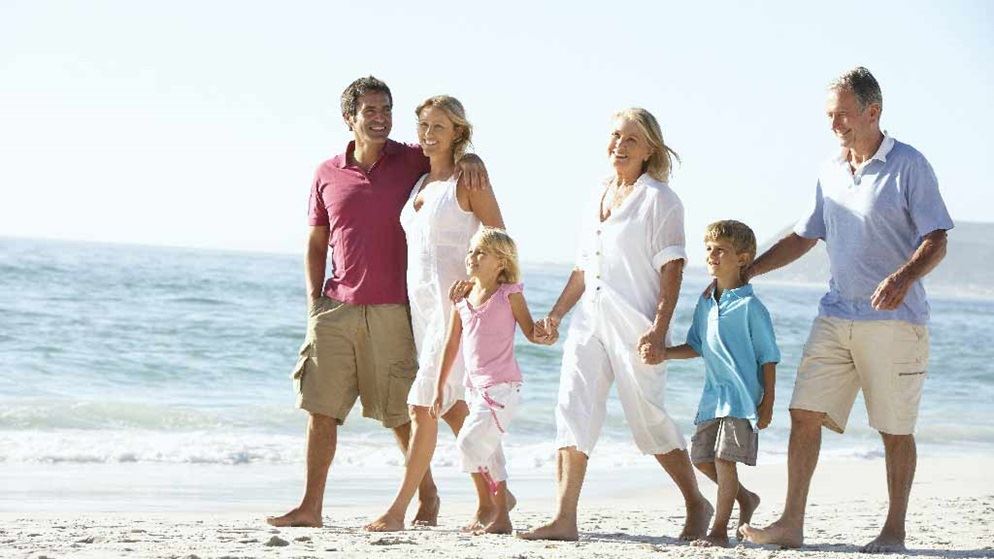 Is it time to bring the family back together?

Australia's population is growing rapidly, and the fastest growing age bracket is 65 years and over. This raises the question of how (and where) will Australia's increasing numbers of elderly live? Will we see more instances of multiple generations living in the one home?

We take a look at the move towards multigenerational living, including:

If you're just beginning to look at aged-care options, start with our tips to choosing the right aged care.

According to the government's 2015 intergenerational report, by 2055 Australia's population will reach nearly 40 million (up from around 23 million today). The fastest growing age bracket will be 65 years and over – that bracket is projected to more than double to 7 million (or around 18 percent of the population) thanks in part to Australia having one of the world's longest life expectancies.

The rise in multigenerational households

In a paper delivered to the State of Australian Cities Conference 2013, data analysis showed that over four million Australians live in multigenerational households where two or more generations of related adults cohabit. This accounts for one in five Australians, with proportions higher still in the major cities.

And the trend is increasing. According to the same report, there were 431,757 more multigenerational households in 2011 than 1981 Australia-wide, equivalent to a 57% increase.

The obvious benefit to generations living together is being able to care for and support elderly family members. But there other benefits. The Australian Bureau of Statistics says that older people also play a significant role in providing unpaid care for children, many of whom are their grandchildren. "To ease the burden of child care, many families with young children rely on grandparents to provide informal care for work and study related reasons, and to allow parents to undertake activities such as entertainment and shopping. In 2011, 12% of older persons cared for children who were not their own."

In this era of decreased housing affordability, it's not surprising that some families have turned to the safety of multigenerational living. However, this doesn't diminish serious concerns about the government's long-term budget responsibilities of managing aged care services for an ageing population.

When ageing parents move in

For Angela, a single parent working full-time with a university-aged son at home, having her parents move in to her Sydney home seems like a safe move.

"My parents are in their late sixties. They'll be moving in in the next few weeks. My father is Italian and my mother is German and we've often lived together over the years; it's not the first time. In our family it's not at all unusual," says Angela, who at one point lived with four generations under the same roof.

"Just a few years ago it was me who moved in with them in order to complete my MBA. I wanted to progress to the next salary bracket at work and moving in with them was what I needed at the time."

Angela is now hoping she can be of some support to her parents as they deal with some health issues.

"Dad has diabetes and glaucoma. He's also a bit deaf but he still works. Mum is OK but has had a few surgeries. At the end of the day they'll look after me as much as I will them. We'll share costs, cooking and chores. It's also good company for my son whose own father died when he was young," says Angela.

She admits that at times, living together is not easy. "But we're family. I couldn't contemplate putting my parents in an aged care home unless perhaps if one of them was suffering with severe dementia.”

Wally David is a financial planner and the author of thesmartmoney Like Angela, he sees the many positive financial outcomes of multigenerational living but cautions that sometimes things can go wrong.

"When carefully planned, multigenerational households can lead to a win-win scenario. An elderly person can benefit from living with other family members in their later years within a safe, secure environment, providing them the ability to stay at home for longer and avoid or delay the need for a retirement village or nursing home. It's also likely to be a cheaper option than another home, unit or retirement village, so older family members may be able to pocket some change."

"On the flip side, the person they move in with (presumably their child or grandchild) can get a lump sum to construct or make modifications to their home for their living quarters. This will eventually add value to their home. Alternatively, if they already have the space it could mean a sum of money to reduce or pay off their mortgage."

Tips for moving to multigenerational living

Discuss your intentions with your family

Transferring assets or finance (for example, the title of your home) to facilitate a multigenerational living arrangement can greatly impact your assets and potential estate. Where there are multiple siblings to consider, it's wise to have an open discussion about your intentions and their possible future impacts. Also, consider what happens if you need to move into residential care at a future stage. How will that be funded?

In order to protect all parties, seek financial advice before putting in place any new living arrangement. Firstly, you should confirm any potential impacts on your government entitlements such as the age pension. The last thing you want to do is impact the cash flow you rely on for living expenses.

Reviewing your will and estate planning

If you want to transfer assets, cash or the title of your home to one of your children as part of your new living arrangement, you should review your will. Your home is most likely your largest asset, and if the title has been transferred to one child, it will no longer form part of your estate. If you have other children to consider, you may wish to make allowances for this fact. Talk to a solicitor about updating your will and power of attorney documents.

Is a basic will kit enough to protect your family's future after you're gone? Read our DIY will kit reviews.

Make a written agreement specific to your living arrangement

A formal written agreement is essential for all parties if finances are changing hands, or title deeds are being altered. A legal agreement will ensure that everything is clearly documented. This will protect all stakeholders and prevent any disputes down the track. This type of document can include: