Advance care directives, or living wills, may not work. Here are some tips on choosing your own fate. 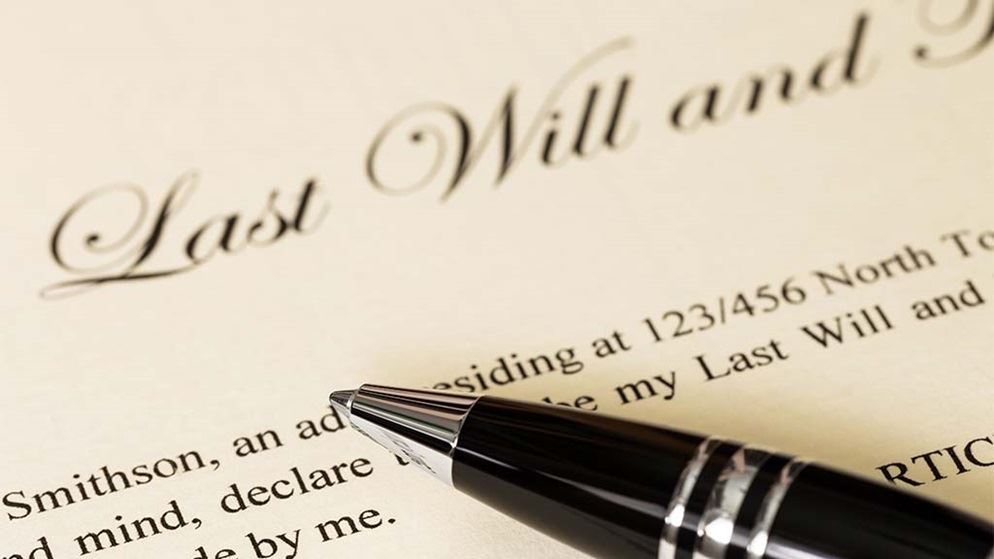 Want control over your final days?

With Australians living longer and sometimes facing a drawn-out decline, being clear about your future healthcare plans is more important than ever. But whether your end-of-life wishes will be honoured is another story. And this is where advance care directives (ACD) come in.

We're here to help you understand what an advance care directive is and the legality of an ACD.

An advance care directive (also known as a living will) is a document indicating which healthcare steps should be taken in certain circumstances, if a person is incapacitated and can't make the decisions themselves. The document can also designate a representative – usually a family member or close friend – to make decisions when you can't. But ACDs are more than just a directive on when to end life support, and they are just as useful for younger victims of disease or accident as they are for the elderly.

Dr Annette Street, an adjunct professor of palliative care at La Trobe University and lead author of a government-funded study on ACDs, told us the documents "are not just a vehicle for people to leave instructions that would lead to their death. Instead, they are directed at quality of life near the end so that undesired and unwarranted treatments are not initiated and values and religious or cultural preferences are respected". Street says about one in four people lose the ability to make decisions about healthcare at the end of their lives.

Enduring guardianships are an alternative to ACDs. Although they don't specifically outline treatment preferences, they nominate a decision-maker to act on a patient's behalf should the patient become incapacitated, and are generally recognised between states and territories.

To get a fix on the current state of affairs regarding ACDs, we talked to a number of key stakeholders, including the Australian Medical Association (AMA), the Australian Law Council (ALC), prominent health academics and consumers. While the issue remains bogged down in a legal and ethical grey area, there are some steps consumers can take to make sure these critical documents do what they're supposed to.

Only Western Australia, Queensland, South Australia and Victoria have specific legislation concerning ACDs, and it only applies within the respective state. "In other states and territories it will be a matter of interpreting common law to determine whether or not a document meets the criteria of being an ACD," the ALC told us.

There is no legally enforceable nationwide definition of an ACD. The legal question is just part of the confusion. Common law may allow you to establish an ACD in your state that will be legally binding if it was done properly, and it may be transferable across state lines. But regardless of state statutes, medical professionals have the power to dismiss the document if they disagree with the directive.

A position statement on ACDs provided to us by the AMA in October 2013 says the peak body is "concerned that legally enforceable ADs [as the AMA calls them] may lead the doctor into a situation that he or she believes does not reflect good clinical care". The AMA maintains doctors are "under no obligation to follow an AD to which they hold a conscientious objection".

Given the lack of uniformity within and between states, there's understandable confusion about the legal validity of these documents. There is currently a vast array of ACD forms with different names and protocols, and it's unclear which ones will or won't be honoured across state lines. And from the AMA's point of view, the medical instructions could be out of date by the time the ACD comes into play.

"When preparing an AD (advance directive), a patient cannot predict or account for every relevant future health care scenario," the AMA says. "Therefore, a patient's AD may not be directly applicable to the actual circumstances at the time of losing decision-making capacity. The patient's view of what constitutes extraordinary treatment may be quite different to that of their family members, surrogate decision-makers and the health care team."

One expert agrees ACDs may be of limited value. "I work in intensive care and have never seen a patient with an advance directive," says Ken Hillman, a Professor of Intensive Care at the University of NSW and Director of The Simpson Centre for Health Services Research."However, we almost always comply with the patient's wishes or their closest relative's wishes with regard to limiting treatment."

The problem with ACDs, Hillman says, is the inherent lack of specificity. "Where do you draw the line for each disease with different prognoses and treatment options? At best they probably only encapsulate the general wishes of the patient with regard to futile treatment. In my own specialty, a patient's wishes expressed in an advance directive or verbally or by trusted surrogates would almost always be respected."

In their 2006 La Trobe University study, authors Professor Annette Street and Dr Goetz Ottmann recommended that doctors and other healthcare professionals make the review of ACDs part of their regular workload and that a single nationwide policy be put in place, including standardised and legally binding documents. The AMA made similar recommendations in their position paper released that year.

The La Trobe study found lack of communication between healthcare professionals and patients regarding healthcare preferences is widespread. In order for ACDs to remain up-to-date, the issue should be discussed continually with patients as well as family members, especially in light of the patient's changing health status. If doctors and patients communicate regularly about ACDs, there is a better chance they will be carried out, as the report suggests.

Although little has changed since the AMA paper and La Trobe study were released, the issue seems to be making its way onto the national health agenda. A 70-page report on ACDs released in September 2012 by the Australian Health Ministers' Advisory Council, A National Framework for Advance Care Directives, lays out a plan to realise the recommendations in the AMA and La Trobe reports and draws attention to the importance of ACDs in a world where people are living longer and dying more slowly.

Among other things, the report points out that if we die of natural causes, "most of us can now expect to face an extended period of progressive disease burden, increasing dependence, pain and unpleasant symptoms", adding that many people these days "fear the process of dying more than death itself".

In October 2011, the Australian Institute of Health and Welfare reported that there were about 56,000 palliative care admissions to public and private hospitals in 2009–10, with the number of admissions increasing by more than 50% between 2001 and 2010.

Making it stick – a legal checklist for your ACD

If you feel an ACD is appropriate to your circumstances, there's a legal checklist that generally applies to all states despite the lack of standardised documents and legislation. Wherever you live, check with a solicitor to make sure you establish an ACD that is consistent with state requirements.

An ACD is likely to stand up to legal scrutiny if the following criteria are met:

A healthcare professional may be more likely to honour the terms of an ACD if:

What do you think about ACDs?

Most of the consumers who answered our Facebook call-out on the issue of advance care directives came down on the side of strict observance rather than allowing doctors to exercise their own discretion. Here's a small selection of their views.