Home DNA testing kits make it easy to discover your genetic lineage, but you need to know the risks of taking one. 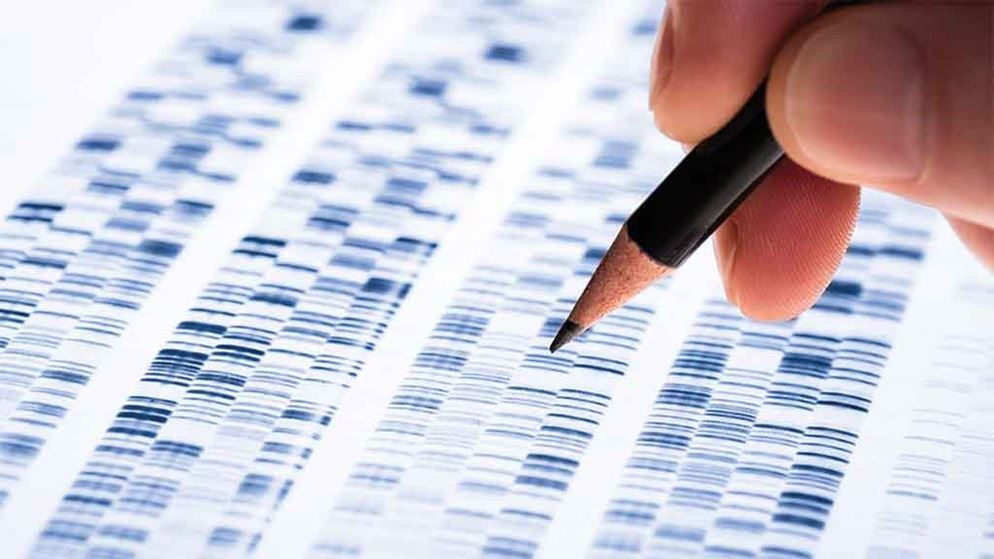 Not so long ago, DNA testing was prohibitively expensive and hard to access. But these days tests starting from as little as $49 are heavily advertised in Australia and overseas and the popularity of direct-to-consumer DNA tests via an easy-to-mail kit has grown rapidly.

Once you've bought the kit, you simply send in a sample of your saliva and then wait for the results.

Ancestry.com promises to give you "sense of identity", while MyDNA claims to help "people make better health, wellness and lifestyle decisions using your DNA results".

We take a look at what you need to consider before you spit in that tube and send it away to a lab, and what the experts think about home DNA testing.

Researching your ancestry? Our guide to family history online services will help you navigate your way through the forest to find your particular family tree.

This is what the experts say:

"If people are doing it with the appropriate support it may have some value, but only if it's done with a GP or a doctor who can reassure you and can point you in the right direction. But these tests are being rolled out too soon – they are commercial decisions being done by private companies with financial interests."

"While genetic testing can provide some information, in many cases it doesn't provide the full picture. While more education and understanding in this area is great for patients, it doesn't necessarily have to mean direct-to-consumer testing, and not straight off the bat."

"Gene tests promise the world, but deliver very little. Uninterpretable results muddy the waters and can even have a negative impact on patient care."

Home DNA kits don't have all the answers

Associate professor Kristine Barlow-Stewart specialises in genetic counselling and genetic medicine at The University of Sydney. She says it's important that people understand the limitations of consumer commercial DNA testing.

The same goes for nutrition. "With nutrigenetic variations, the environment, such as diet, still plays a large role in overall health outcomes," says Melissa Adamski, who works in private practice as an accredited practising dietitian and also at Monash University's Department of Nutrition and Dietetics. "And with weight loss, it's so difficult to get the full picture from genetics alone, so while genes play a part, weight is multifactorial and other factors should also be considered."

It's all in the interpretation

While the experts we spoke to agreed that there's plenty our genes can tell us, they all agree that the findings often beget more questions than answers.

Adamski says that when it comes to DNA and nutrition, genes are important but testing doesn't necessarily provide the entire picture."In some cases genetics can play a role in guiding nutrition requirements, and going forward it may mean we have different dietary requirements based on information from our genes," she says. "[So] the current one-size-fits-all government recommendations may need to be tailored to each individual. But the other side of this is that a lot of the time with DNA, the more we dig the more complex it gets and we end up with more questions than answers."

Adamski says a major challenge is finding a health professional best suited to interpreting gene tests. "There's no perfect medical professional to deal with it at the moment."

She says that while dietitians now understand how genes are playing a role in diet and weight management, they're not geneticists, while a geneticist can interpret the results but can't guide you in what to do. "You need a multidisciplinary team. Not all health professionals have the training yet – it's still so new."

One of the biggest issues to consider before embarking on any health, fitness or diet-related DNA tests in Australia is that the results may affect your ability to secure or claim life insurance.

Currently if you have genetic test results, even if they were done online and where the scientific evidence might be a bit wobbly, you must disclose that information if it's requested. And any results that could indicate a risk of disease can be used against you by the life insurers in a variety of ways, from increasing premiums to denying claims.

In April 2018, a parliamentary inquiry report which looked at the life insurance industry made a recommendation regarding the use of predictive genetic information. They recommended that, in consultation with the Australian Genetic Non-Discrimination Working Group, the Financial Services Council – the peak lobby group for life insurers – assess the consumer impact of imposing a moratorium on life insurers using this kind of information except where it was provided by the consumer to demonstrate they're not at risk of developing a disease.

This recommendation, and the report overall didn't really focus on good consumer protection. Instead, the onus is on the industry to self-regulate wherever possible.

CHOICE policy and campaigns advisor Xavier O'Halloran says it's concerning that people don't know the impact of getting these tests done. "For people who don't know this, it can affect their ability to get life insurance. For those who do know, there is a huge health risk that they may not want to get genetic tests done for fear it will impact their access to life insurance."

While some companies offer the option to destroy your data or de-identify it by removing your name, address and other details, others may require you to plough through complicated terms and conditions to find out exactly what you've agreed to.

Barlow-Stewart says sending your DNA to a commercial facility is like joining Facebook. "Many of these online testing companies retain the information indefinitely. You can request that the data is destroyed, but if the company is overseas it can be hard to do. You need to read the fine print."

Ancestry recently updated it's privacy policy and states that it doesn't claim any ownership rights in the DNA that is submitted for testing. Yet critics of the update have pointed out another clause that makes it clear that despite this, the organisation still owns the 'rights' to it. Confused? That's probably the point.

And while some companies make assurances about de-identifying your data, Barlow-Stewart says that may not be enough to protect your privacy.

"Even though they say that they are de-identifying your data, there are concerns about whether you can truly be totally de-identified because there is a lot of capacity to know hair colour, eye colour and face shape from your DNA. And if you have a rare genetic condition you are in an even smaller pool. You may be easily identified despite having your name removed."

Can you handle the truth?

When it comes to the results of your DNA tests, what may seem like a bit of harmless fun has the potential to be a real headache, particularly when it's any kind of DNA health testing.

Sydney GP Dr Brad McKay says he's had a few patients come in with DNA tests relating to health or medication that have caused them stress, even if the results didn't indicate a specific health issue.

In a recent article for the Royal Australian College of General Practitioners, associate professor Grant Blashki (who sat on an advisory committee looking at genomics in General Practice) was quoted as saying GPs could play a vital role helping patients understand the evidence base, including developing a 'healthy scepticism' about extravagant claims. "It is important in advance that patients consider who is going to be assisting with interpretation once the tests are done," he says.

But genomics veteran Barlow-Stewart says this is easier said than done. "This is a new field and many GPs are not trained to interpret the data. Many companies are saying they can put you in touch with a genetic counsellor but they are overseas, or it's on the phone and there might be charges."

She says GPs often refer patients to a genetic counsellor, but that there can be long waiting times. "They are going to be sitting waiting and getting very stressed out about the results. We are seeing a big upswing in people wanting to see genetic counsellors – and in many cases we are dealing with the 'worried well'."

Police investigators in the US recently arrested a serial rapist and murderer who had evaded detection for almost 40 years. And it was all thanks to a DNA test done by an unsuspecting relative who was interested in their ancestry.

When a relative of the alleged "Golden State killer" Joseph James DeAngelo posted their DNA on an open-source genealogical site used by people wanting to know more about their family heritage, little did they know that police were painstakingly trying to match DNA collected from crime scenes with DNA profiles that have been posted in the public domain. Unbelievably they made a match between the two, and as a result DeAngelo has been charged with 12 murders.

While most of us probably won't encounter this situation, it's a timely reminder that if you're considering DNA testing of any kind you need to be prepared for the results. From unknown siblings and dubious paternity rights to the knowledge that you might develop serious health issues, these are all possibilities once you sign up for a $99 test.

As more genetic tests become available, some online DNA testing companies offer the option of holding on to your data and letting you know when there are more opportunities for new tests and refined results.

Both MyDNA and Ancestry state in their terms and conditions that you'll be sporadically contacted with updates when more information becomes available, on anything from newly discovered relatives to new results on health issues. While this sounds helpful, some users may get more than they wished for.

With organisations like 23andme in the US now offering ancestry testing as well as health testing, it's easy to see how customers can be upsold in the future. At the time of writing you can order a combined ancestry and health kit for $139 USD (plus another 30% off and free gift wrapping for Fathers Day) which offers a massive 75+ health reports that range from genetic health risks to "Carrier status" for inherited diseases. Finding out you're the genetic carrier for cystic fibrosis is a long way from wondering which part of Europe your dad's family came from.

And even without the genetic upselling, engaging with these companies is a gateway to good old-fashioned upselling too. Since we sent a DNA test from CHOICE to Ancestry we've received a number of emails offering discounted tests for family and friends with the tagline "the more you test, the more you can discover. Each additional family member you test can reveal new details about your family story".

Do direct-to-consumer health screenings do more harm than good?