Is your pharmacist giving you the right advice?

We put pharmacists to the test – what do they recommend for stress and does it work? 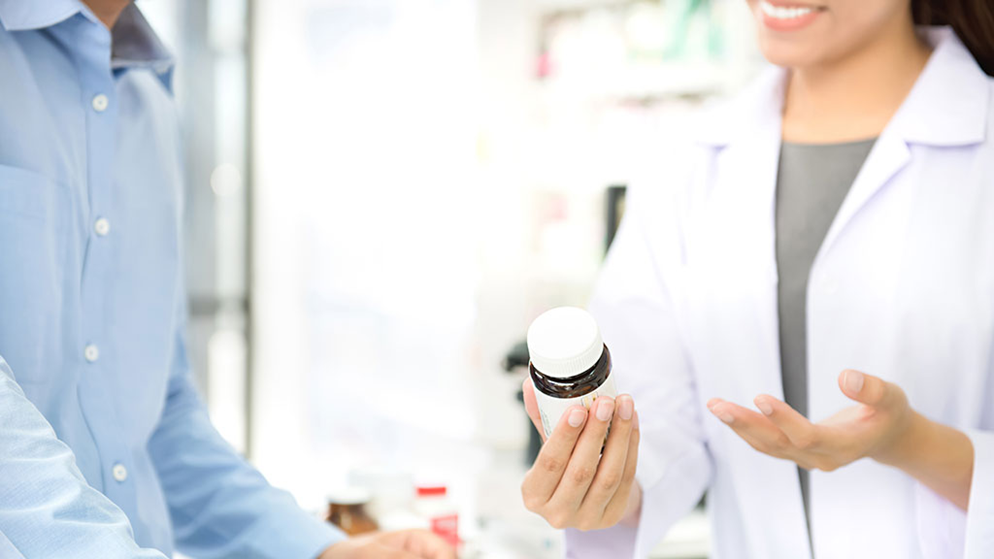 If you walk into any pharmacy in Australia you're likely to be greeted by rows of shelves groaning with herbal remedies, vitamins and other alternative supplements for sale, as well as medicines. And behind every prescription dispensing counter you'll find a pharmacist.

Pharmacists dispense medicine but are also available to provide medical advice to customers who ask for it. While pharmacists are considered medicines experts, there's growing concern in some quarters that some could face a conflict of interest. When they're employed by or own a store that also sells unproven and alternative remedies, the concern is that their advice may be focussed on profit rather than best practice.

To see what kind of advice pharmacists are actually giving to customers seeking guidance, we deployed mystery shoppers to the prescription counters of 240 pharmacies across Australia.

We all experience stress to varying degrees throughout our lives. There are many different symptoms, and some lifestyle choices can further exacerbate the problem – too much alcohol, caffeine, unhealthy diet and not enough exercise.

Guidelines for treatment emphasise self-management techniques and lifestyle changes (such as a healthier diet, more exercise and relaxation), as well as various psychological therapies such as cognitive behavioural therapy (CBT) or counselling.

There's no mention of vitamins, herbal medicines and other over-the-counter products as a first line of treatment for stress. Yet most pharmacies are chock full of products that claim to treat stress and related symptoms, like insomnia.

Since pharmacists are considered to be medicines experts and are often the first port of call for advice before seeing a GP, we thought it would be interesting to see what they would suggest for stress management. Would they recommend the best-practice guidelines mentioned above? Or instead try to sell unproven pills and remedies from the shelves in their store?

To find out, CHOICE commissioned a mystery shop to check out the advice being dispensed in 240 pharmacies across Australia, including Priceline, Chemist Warehouse and Terry White Chemmart. Each shopper was asked to approach the prescription dispensing counter and ask for advice from a pharmacist, stating, "I've been feeling really stressed lately, is there something you can recommend?"

After speaking to the pharmacist, three percent of the shoppers were told to see their doctor, while one percent were simply directed to the vitamin section.

This is reasonable advice, as some studies show that B-group vitamin complexes can be effective in reducing symptoms of short-term stress, and improving mood and energy, according to Professor Jerome Sarris from the National Institute of Complementary Medicine at Western Sydney University. However, the studies are of varying quality and many were funded by the vitamin companies. Professor Sarris says research shows that people suffering from chronic stress tend to use up vitamins at a faster rate, so it makes sense to increase their intake either through diet or the use of a supplement. 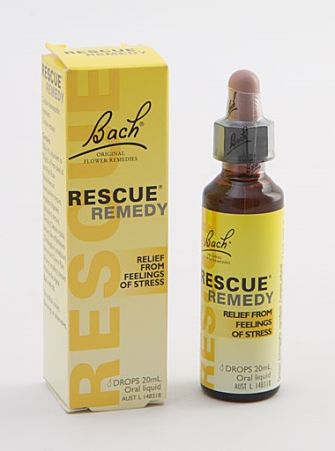 Bach Rescue Remedy - a popular recommendation, but where's the evidence?

Twenty-six percent of our shoppers were recommended Bach flower remedies, especially Rescue Remedy. These remedies are solutions of alcohol and water containing extremely diluted flower essences that were 'intuitively' determined by their inventor, physician/homeopath Dr Edward Bach, to have particular emotional healing properties. There is no scientific evidence they're effective, and some evidence they're not effective at all.

Unbelievably, a further three percent of our shoppers were recommended homeopathic remedies for their stress symptoms. After an extensive review of the scientific evidence for homeopathy, the National Health and Medical Research Council (NHMRC) concluded that "there are no health conditions for which there is reliable evidence that homeopathy is effective". Furthermore, it cautioned, "Homeopathy should not be used to treat health conditions that are chronic, serious, or could become serious."

'But if the pharmacy sells it, surely it's OK?'

For many years CHOICE and other consumer advocates have expressed concern about pharmacies selling products that lack evidence they're effective – such as Bach flower remedies and homoeopathic products – alongside prescription medicines and many of the over-the-counter medicines proven to work. Placement in pharmacies gives these products undeserved credibility, potentially misleading consumers about their likely effectiveness while undermining the professional integrity of pharmacists.

About eight percent of our shoppers were recommended magnesium supplements, and many stress-formula products also contain magnesium. People who are deficient in magnesium have been found to show increased signs of stress, though there's little evidence supplements help reduce stress – more research is needed. When they asked how a magnesium product helps, several of our shoppers were told that it relaxes muscles, therefore reducing tension.

Some of our shoppers were recommended general multi-vitamins. There is little specific evidence of their role in stress management, though they could help if there's a risk of deficiency due to inadequate diet or if stress increases nutritional demands. However Professor Bastian Seidel, President of the Royal Australian College of General Practitioners, argues that if a person feels their nutritional intake is insufficient they should be seeking advice about modifying their diet rather than taking supplements.

As a standalone herbal remedy, St John's Wort was recommended to 12% of shoppers. There's strong evidence St John's Wort is useful for mild to moderate depression, but no evidence it helps stress or anxiety, so it's not an appropriate recommendation.

Valerian was recommended as a standalone product or major component of mixed products for 15% of shoppers. While there's insufficient evidence it helps with stress or anxiety per se, valerian may be useful for helping with insomnia due to stress, though evidence is mixed – some studies find it helps, some don't.

The herb with perhaps the best evidence for treating stress and anxiety is kava, but only two pharmacists recommended it. It has been linked with liver problems, and while kava products sold in Australia have to meet strict safety requirements, certain precautions are advised, such as not drinking alcohol while taking it.

Thirteen percent of pharmacists recommended an antihistamine (doxylamine) which has a sedative effect and can help with insomnia that may result from stress. There is some evidence it may also help with anxiety. While it's OK for use in the short term (a few days or so), it can make you sleepy or less alert during the day and has numerous other side effects such as poor coordination, muscle weakness, dry mouth and dizziness. It can't be taken with certain prescription medicines, which your pharmacist should check. 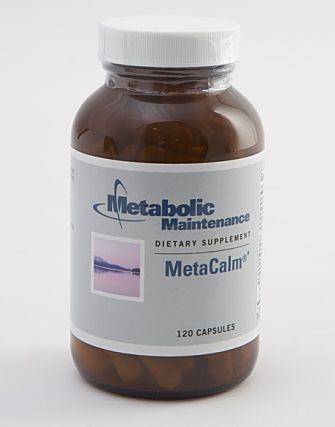 MetaCalm - not approved for sale in Australia

Of the other products that were recommended, many were herbal remedies or mixtures of herbs and vitamins. Some of the more common herbs were passionflower, withania (Indian ginseng) and other ginsengs, lemon balm, hops, green tea and ginkgo biloba. Professor Sarris says that there's some evidence that passionflower, withania and lemon balm may be useful for reducing anxiety. However, as always with herbal medicines, it depends on the quality of the product, the formulation it's in and the dose.

One product we were recommended, Metabolic Maintenance MetaCalm, wasn't listed on the Australian Register of Therapeutic Goods, and therefore can't legally be sold in Australia. We have reported it to the Therapeutic Goods Administration.

What did pharmacists say about effectiveness and evidence?

With at least four years of university education in medicines and how they work, pharmacists are medicines experts. They're a highly trusted profession in the community, and 91% of our shoppers felt the pharmacist they spoke to acted with genuine care.

Most people would expect – or at least hope – that a pharmacist has some confidence that the product they're recommending works, and that they know how it works. Eighty-five percent of shoppers who were recommended a product were told that it works, at least for most people, and 24% were told it was scientifically proven to work. However, when asked how it works, 23% weren't really sure, giving vague answers or reading the directions for use from the package. Fifteen percent weren't so sure it worked, simply suggesting it's worth trying or there's no harm in trying.

Of those shoppers who were recommended the Bach flower remedy, almost all were assured it works (57%), or works for most people (30%) – and it may well have some sort of placebo effect. However, an astonishing 18% of pharmacists said it was scientifically proven to work, which is not only incorrect but ludicrous given the woo-woo origins of the remedies.

The Pharmacy Board of Australia's Code of Conduct for pharmacists states: "Maintaining a high level of professional competence and conduct is essential for good care. Good practice involves:[...] practising in accordance with the current and accepted evidence base of the health profession, including clinical outcomes." CHOICE questions whether this was upheld in many cases.

Three percent of our shoppers were told to see a doctor and no attempt was made to sell them a product, so our shopper left the pharmacy. For the rest of the shoppers, in addition to recommending a product, just under half (47%) of pharmacists recommended seeing a doctor, while five percent recommended consulting a psychologist or counsellor and three percent an alternative medicine practitioner, such as a naturopath.

While most people (71%) weren't given any stress management advice, the most common suggestions were about sleeping better, exercise, meditation, breathing techniques, dietary advice and talking to a friend or family member.

While it may be a good idea to see a doctor, especially if stress is severe and ongoing or may be associated with other health problems, there are also self-treatment measures you can take. Professor Bruce Tonge from the Mental Health Foundation of Australia recommends first trying to identify and talk about the issues causing the stress, and adopt lifestyle measures such as healthy eating and exercise, getting into a regular sleep pattern, and relaxation activities – see Resources for more on this.

To be fair to the pharmacists, they were confronted with a customer prepared to purchase something to help them – it could be argued that by directing the customer to a product that the pharmacist believes might help, or at least do no harm, the customer would be better off than if they'd chosen a random product themselves.

On the other hand, there's no excuse for recommending products with little or no evidence to support their efficacy when better products are available. Giving additional advice for healthy lifestyle practices and other evidence-based techniques would also be appropriate.

This mystery shop raises genuine issues around conflict of interest when it comes to the range of products on sale and what is being recommended. A massive 97% of the pharmacies visited stood to gain financially from their treatment advice while only three percent of our shoppers were told to see a doctor instead of being offered a product.

Professor Seidel argues that there's no role for vitamin/mineral and herbal supplements in the management of stress. He says that not only are people wasting time with these products when they should be trying more effective strategies to deal with stress, they're wasting money on products that make unsubstantiated claims with limited evidence of effectiveness. Furthermore they can do harm – you can take too much of certain vitamins (A, E and some B vitamins), and many herbal medicines have side effects or interactions with other medicines.

Ultimately, stress is very individual. People will react to similar situations in different ways, and the cultural perspectives of the person will mean some management strategies are preferable to others. As such, says Professor Seidel, there's no one-size-fits-all approach. If you're feeling stressed, the resources below are a good starting point. But if you're frequently stressed, or you feel you can't cope, mental health professionals recommend you see a doctor.