Can a chiropractor replace a GP?

The risks of using chiropractors instead of GPs for your family's routine primary care. 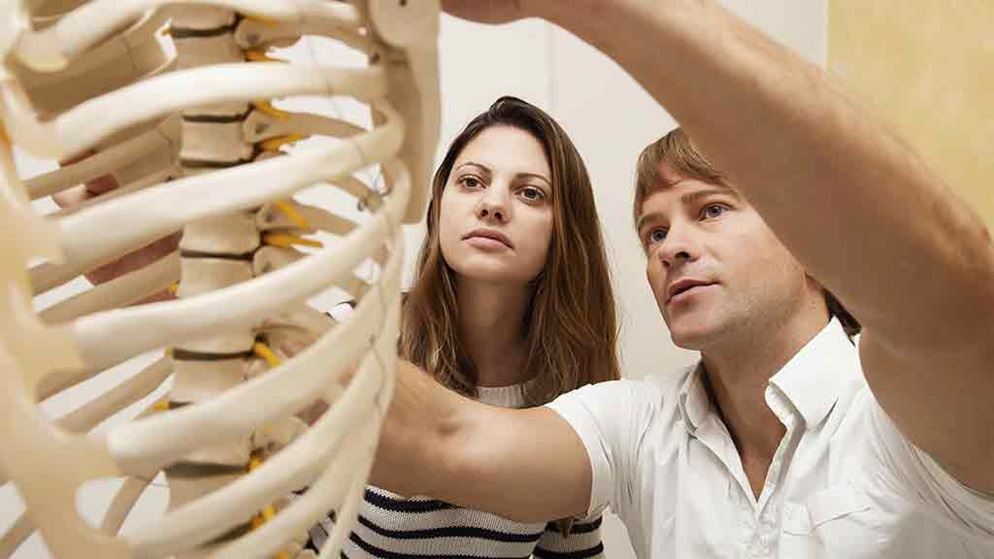 Should you take your child to a chiro instead of a GP?

Chiropractors are increasingly moving into primary healthcare for the whole family, including for babies and children – a move that has a lot of people worried. We take a look at the risks of using chiropractors instead of GPs for routine primary care.

In times past, when you had a bad back you might go and see a chiropractor. For headaches, heartburn or asthma though, you'd head to your GP. But these days it seems you can go to your local chiro for just about any ailment, and by manipulating your spine they reckon they can fix it. Even if you're not sick, regular manipulations will, apparently, help keep the bugs at bay.

Once considered an addition to – rather than replacement of – conventional medicine, chiropractors are increasingly trying to position themselves as alternative health practitioners, advising on all manner of health problems in a primary healthcare setting. Although there is historical precedence for a holistic health approach in chiropractic, the proliferation of chiropractors as de facto GPs has escalated in recent years.

This shift is reflected in the vision statement of the profession's peak body, the Chiropractors' Association of Australia (CAA), which positions chiropractic as an alternative health system distinct from the mainstream and aims to "achieve a fundamental paradigm shift in healthcare direction, where chiropractic is recognised as the most cost efficient and effective health regime of first choice, that is readily accessible to all people".

Trying to walk more for health? A fitness gadget can help you measure your progress and more. Read our fitness tracker reviews.

Positioning themselves as primary healthcare practitioners then, some chiropractors have moved into family care, including the care of babies and children. It's this move in particular that has many people worried. The main concerns are that:

Another concern is that chiropractors are manipulating the spines of babies, children and adolescents, despite lack of evidence for effectiveness and the potential for serious harm. A recent review of studies looking at the effectiveness of manual therapy for back pain and other musculoskeletal complaints in children and adolescents found no high quality clinical trials had been published.

While chiropractors argue that complications from manipulation are rare and mild, others argue that the possibility is nevertheless real. A 2006 review on paediatric chiropractic, that searched all studies in major medical literature databases published up to 2004, identified 14 cases of adverse effects, nine of which were classed as serious, including paraplegia.

Meanwhile, a number of surveys have found that many adverse events simply aren't reported in the medical literature. No doubt the number of manipulations that end in tragedy is small, but if there's little evidence of benefit from chiropractic manipulation, why risk it at all?

Besides musculoskeletal problems, some chiropractors claim to be able to treat many other health problems in children and adolescents, including colic, hyperactivity and learning disorders, ear infections and glue ear, allergies, asthma, colds and bed wetting. This is based on the innate intelligence and subluxations theory of chiropractic, whereby removing subluxations can help restore the body's nervous energy flow, allowing the body to heal itself.

Many parents say their children have benefited from chiropractic treatment for such conditions, and although there's some evidence that chiropractic manipulations are effective for acute back pain, there's no high-level evidence that it's effective for anything else. Improvement observed in other conditions may have been due to placebo effect or because the condition may well have improved on its own.

Plagued by pain? Read up on all the latest treatments for a bad back.

There are also concerns that chiropractors will miss something more serious because they lack the more extensive diagnostic training and experience that GPs and other doctors have. At best, this could mean incurring unnecessary expense for ineffective treatment; at worst, increased suffering and poorer long-term prognosis due to delaying appropriate treatment – or no treatment at all.

Some chiropractors are anti-vaccination

Another serious concern is that a vocal minority of chiropractors are opposed to vaccination of babies and children. Vaccinations are talked of as "toxic poisons" and blamed for numerous diseases and conditions such as ADHD, autism, diabetes and cancers. With its philosophy of treating people without drugs, chiropractic maintains that keeping the spine free of nerve interference helps promote a healthy body and a normally functioning neurological and immune system. Sometimes, homeopathic vaccines (which don't work) are recommended.

The CAA doesn't have a position statement on immunisation, but some of its board members are professional members of the controversial Australian Vaccination Network, an anti-vaccination movement discredited by the Health Care Complaints Commission. The other main member body for chiropractors, the Chiropractic and Osteopathic College of Australasia (COCA), has a position statement in support of immunisation as a "simple, safe and effective way of protecting people against harmful diseases", and recommends members refer patients to their GP for advice about vaccination.

Health authorities have long acknowledged that although vaccination can sometimes have negative effects, these are extremely rare, and the negative health consequences of the diseases they help prevent are more common and often more serious. Critics from within the profession further point out that risks from manipulation are comparable to, if not greater than, those from vaccines, so it's hypocritical of their peers to recommend manipulations while recommending against vaccination on the basis of risk.

The profession's regulatory body, the Chiropractors Board of Australia, is broadly supportive of vaccination, and if you're presented with anti-vaccination material or advice by chiropractors, it's worth reporting them to the board.

Can a chiropractor treat scoliosis?

Scoliosis is a condition where the spine has an abnormal sideways curve. The most common type is adolescent idiopathic (meaning it has no known cause) scoliosis, which occurs mostly in girls. While most cases are mild and don't require treatment, the most common treatment when necessary and appropriate – depending on the degree of the curve, the age of the patient and evidence of progression – is to wear a back brace. Because adolescents' bones are still growing, the brace helps control the curve so it doesn't get worse, but it doesn't cure scoliosis. In extreme cases, surgery to fuse the vertebrae into a more normal alignment may be required.

Because it involves the spine, many chiropractors feel they have something to offer in the treatment and management of scoliosis, and while chiropractic may be helpful for pain relief, it's the treatment aspect that has orthopaedic specialists concerned. They argue there is no evidence that chiropractic manipulation, exercise programs, electrical stimulation or dietary advice can successfully halt the progression of the curve.

The risk, then, is that people miss out on effective management or delay seeking help while visiting a chiropractor, and by the time they turn to conventional medicine the window of opportunity for obtaining the best results may have passed – either the curve is too advanced or the growth phase has finished.

For more information about identifying and managing scoliosis, talk to your doctor or visit scoliosis-australia.org/ for reliable medical advice.