Widely accepted in the medical mainstream, does acupuncture stand up to scientific scrutiny? 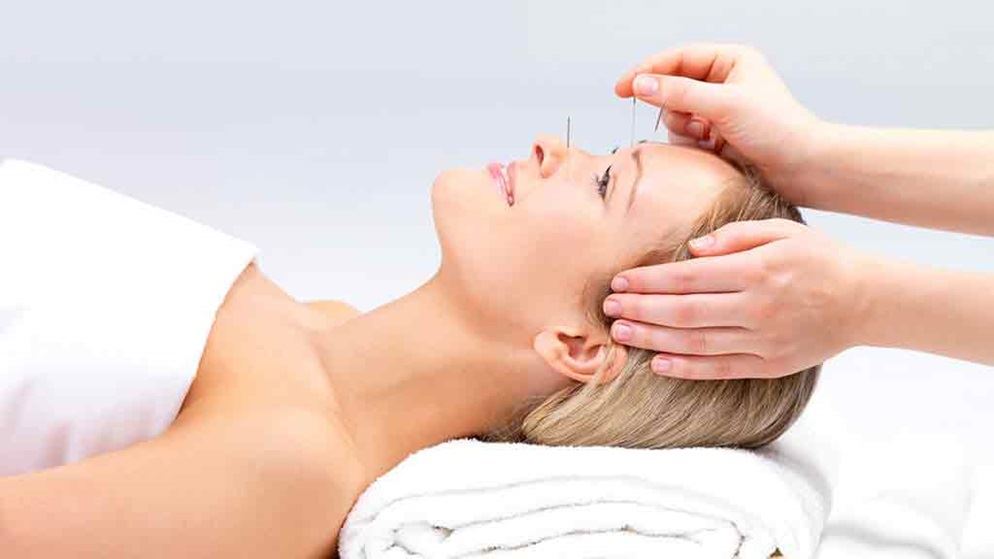 The practice of acupuncture has evolved over more than two thousand years, and from its origins in Oriental mystique has entered the medical mainstream in Western societies. While early research seemed to support its benefit for many and varied conditions, the niggling lack of a scientifically plausible explanation as to how it works, and improved methods of testing have tempered enthusiasm among the science and medicine fraternity. In this article we review the current evidence for acupuncture in the context of its medical mainstreaming, and what this means for consumers.

Getting to the point: what is acupuncture?

While the time and place of its origins are often debated, it's widely reported that acupuncture used today is based on a Chinese practice from around 2500 years ago or more. The theory goes that the body has a supply of an energy force called qi (pronounced "chee") that flows through its meridians, a network of invisible channels through the body. Blockages or shortages of qi result in disease or illness. Acupuncture, then, is used to clear blockages and stimulate normal flow of qi by inserting fine needles into particular points – acupuncture points, or acupoints – along the meridians.

One label, many methods

Acupuncture is not a single method of treatment, but rather many methods, with different theoretical bases and approaches to treatment. Some of the main forms practised are:

Korean hand acupuncture The hand is believed to be a microcosm of the entire body, with each part of the body corresponding to a particular part of the hand. Disease is indicated when the acupoint is discoloured or painful to press. Stimulating these acupoints by needles or pressure is claimed to have a beneficial effect on the corresponding part of the body.

Auricular acupuncture After observing that the human ear looked a little like an upside down, curled-up foetus, French doctor Paul Nogier devised a system of acupuncture points in the 1950s, where positions on the ear-foetus corresponded to areas of the body. It's used mainly for pain control, anxiety, and drug, alcohol and nicotine addictions.

Medical acupuncture This is the term used to describe acupuncture performed by a medical doctor who has also had training in acupuncture as a specialty practice.

Dry needling Used by physiotherapists, for example, to treat pain from injuries, needles are placed in "trigger points", which are tender spots on the affected muscle that hurt when pressed or squeezed. In other words, the needle goes directly in the sore bit, rather than according to acupuncture meridian theory, so is not strictly speaking acupuncture.

While most people associate acupuncture with sticking needles in the skin at particular points, in fact there are several ways the points can be stimulated, including:

The 1970s saw a huge rise in interest and acceptance of acupuncture in Western medicine, with many doctors referring patients for acupuncture treatment or taking courses themselves to become medical acupuncturists.

Here in Australia, the Australian Medical Acupuncture College, a professional association for doctors with acupuncture qualifications obtained though university or teaching hospitals, was formed in 1973 and now has more than 600 members. Acupuncture can be claimed on Medicare and private health insurance – in 2012 taxpayers funded $23 million worth of acupuncture through Medicare.

Reasons to be sceptical

Despite acceptance by some in the medical profession, critics of acupuncture point out that the meridians and qi have never been detected, even after decades of scientific research, and that the structural foundation of acupuncture is therefore non-existent.

A review of acupuncture history reveals uncertainties within the field, and the number of meridians has varied from nine to 11, 12, 14, 20 and 36, with varying sub-meridians, while also differing in location and pathway. That's perhaps not surprising, given the long history of acupuncture theory and practice, where new developments and understanding may supersede older ones.

Medical acupuncturists don't necessarily accept the theoretical underpinnings of acupuncture, and doctors may look to biologically plausible explanations. The American Academy of Medical Acupuncture, for example, proposes that needling the acupuncture points stimulates the nervous system to release chemicals in the muscles, spinal cord, and brain, changing the experience of pain or triggering the release of other chemicals and hormones which produce physiological effects. However, while it's plausible that sticking needles in the skin could affect the transmission of some pain messages, it doesn't explain all acupuncture phenomena.

So, does it work?

How does acupuncture stand up in practice?

One of the first large reviews of acupuncture studies, conducted for the World Health Organization (WHO) in 1979, concluded it was useful for more than 20 conditions and ailments, including various types of pain, musculoskeletal problems, respiratory illnesses and digestive complaints. The next WHO report, published in 2003, recommended acupuncture for 28 conditions, listed another 63 for which there was some evidence but required further proof, and 16 for which it was "worth trying".

Since then, with better quality reviews considering only high-quality studies with adequate control measures, the number of conditions for which acupuncture appears to be effective has dramatically dwindled. In particular, the use of sham acupuncture – using telescopic needles that retract on touching the skin, superficial insertion of needles or positioning needles randomly rather than on specific acupoints – as a point of comparison, instead of no treatment, has improved the quality of studies.

As it stands today, the best evidence in favour of acupuncture is for chronic neck pain, where more than one review has consistently found it has positive effects over controls in good-quality studies. Less convincing, though still mostly positive, is evidence for chronic back pain, chronic headache and osteoarthritis of the knee. However, the difference between acupuncture and controls is modest, and it may be more meaningful to compare it with other "active" treatment, reflecting the decision a clinician faces.

Acupuncture to prevent post-operative nausea and vomiting has been found helpful in a number of studies. A large review of studies in 2009 concluded there was a small effect, although some feel the conclusion wasn't supported by the evidence. Another popular recommendation for acupuncture is for assisted fertility treatments, in particular in vitro fertilisation – increasing the number of eggs that can be harvested or increasing the rate of pregnancy and live birth. Unfortunately, a large review in 2013 found no evidence to support it.

But the WHO says it works!

Many proponents and practitioners of acupuncture defer to the WHO and their reviews, with claims like "The World Health Organization confirmed in 2003 that acupuncture has been proven to treat a number of illnesses, including depression, reactions to chemotherapy, headaches, arthritis, sciatica, and even stroke, to name a few…"

The 2003 review document referred – and linked – to on hundreds of acupuncture websites is considered flawed, because it's written by people heavily biased towards acupuncture, because they included many studies which had methodological flaws and they ignored the safety aspects and adverse events.

The authors commissioned by the WHO also relied heavily on research from China. A review of acupuncture studies found that 99% of studies from China published positive results, which would be unusually high even for a highly effective treatment, suggesting publication bias in action, where negative or neutral results for acupuncture remain unreported.

In early 2014 the WHO removed the main link to its acupuncture report from its website acknowledging that the information it contained was out of date and no longer appropriate, and says it is revising its approach to reviewing research on traditional and complementary medicine, including acupuncture.

What can be said about acupuncture is that there is a strong placebo effect, with many studies finding sham acupuncture as effective as the real thing, and more effective than no treatment. Even medical acupuncture proponents point out that having a positive attitude towards acupuncture contributes to its effectiveness, while a negative attitude ("this won't work") will block its effects. A neutral attitude or open mind won't hinder the effects.

Advocates point out that animals respond to the healing powers of acupuncture, even though they have no understanding of the theory behind it and therefore can't be susceptible to the placebo effect. However, critics argue that any effect observed in animals could be due to the animals benefiting from increased attention, or observer bias – the owner knows the animal has had treatment, and thinks the animal seems better.

While some are willing to accept acupuncture "works", there are risks involved. A large study from Germany covering 2.2 million acupuncture sessions in 229,230 patients in a hospital setting found the overall rate of adverse events was 8.6%, and 2.2% required medical treatment, leading authors to conclude that "acupuncture provided by physicians is a relatively safe treatment". The rate among acupuncturists not medically trained is not known.

The most common adverse events include pain, bleeding, bruising, headaches and tiredness at the milder end, with more serious consequences including pneumothorax (where the lung cavity is punctured, leading to a collapsed lung), broken needles and infection (for example hepatitis or bacterial).

The Australian Medical Acupuncture College claims medical acupuncturists offer the best of both worlds: as registered medical practitioners, they can ensure proper diagnosis and safe treatment, and are able to institute treatments or investigations and deal with complications arising from acupuncture.