Many people are choosing gluten-free food for health and weight loss, but is it just an expensive, unhealthy fad? 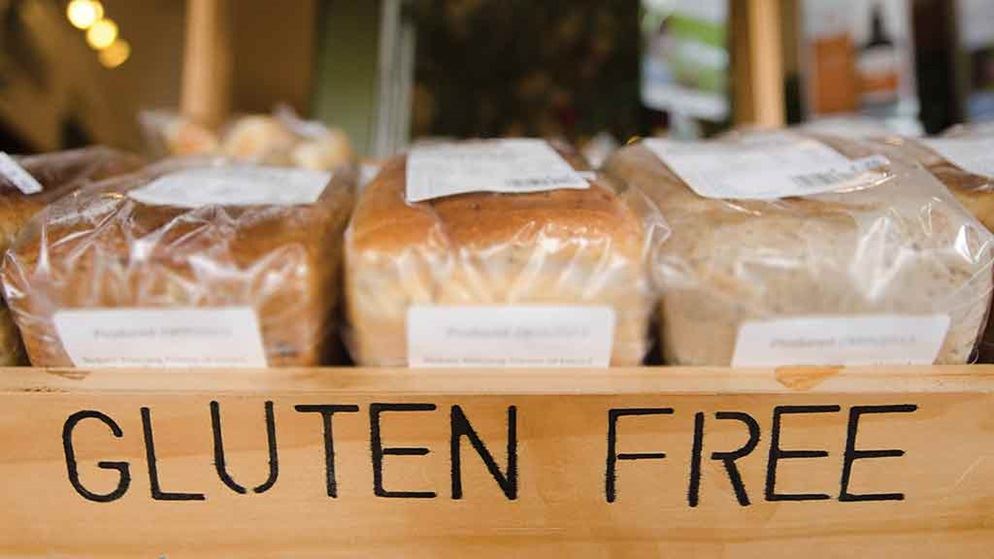 Will gluten-free foods make you healthier and slimmer?

Despite the media hype, gluten-free foods may not be as healthy as you think and can be significantly more expensive.

Who needs a gluten-free diet?

A gluten-free diet is restrictive, complex and time-consuming, and there is no scientific evidence that it benefits people who don't have coeliac disease.

Some people adopt a gluten-free diet because they suspect they are gluten intolerant, but as CHOICE has found this type of self-diagnosis is controversial. Are these people misguided? The answer, most likely, is yes.

Coeliac Australia estimates that while just 60,000 (0.3%) of Australians have been diagnosed with coeliac disease, at least 10% of the local population are strictly controlling their gluten consumption, and a further 18% are loosely controlling it.

As a report from global market research company Mintel neatly sums up: "Perceptions of gluten-free foods have moved from being bland, boring substitutes for gluten-containing products to everyday items that appeal to those with and without a gluten allergy."

Are you risking nutritional deficiencies? 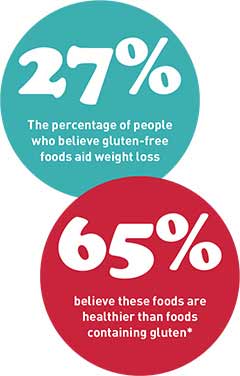 "The gluten-free diet is a medical diet for a medical condition," says accredited nutritionist and dietitian Catherine Saxelby. "The gluten-free substitutes for bread, pasta, cereals and flour contain grains such as tapioca and potato starch or rice flour, which have very few nutrients and are low in fibre, vitamin B1, phosphorous, magnesium, thiamin and protein."

Gluten-free foods are more likely to be filled with additives such as gums and stabilisers to help recreate the texture of wheat products, and gluten-free cereals are less likely to be fortified with iron or B vitamins. And we have found these foods can be significantly more expensive.

"Processed gluten-free foods are attractive to coeliacs who don't want to miss out on their treats. But these foods often aren't a health-conscious choice, and shouldn't make up a large part of anyone's diet."

The great gluten-free rip off

CHOICE took a stroll through the supermarket aisles to check out the gluten-free products and we found many products are more expensive and less healthy.... 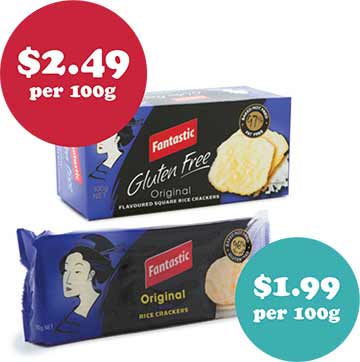 Gluten-free products often require extra ingredients to create a palatable texture or flavour, and those ingredients such as rice flour or almond meal may be more expensive than wheat flour. Different processing methods and facilities, lack of economies of scale, and additional supply chain and distribution costs can also push up the costs. Sometimes, however, you'll find almost identical products are more expensive simply because they're grouped with other gluten-free products.

We found the Fantastic Gluten Free Rice Crackers in the gluten-free section of the supermarket to be more expensive than the Fantastic Original Rice Crackers, which, while also gluten free, were located with the regular crackers.

Macro Wholefoods Gluten Free Plain Flour is seven times more expensive than Homebrand Plain Flour, but has 62% less protein and 34% less fibre. Both products contain highly processed grains, but the gluten-free flour uses tapioca and maize starches, which tend to have a higher GI and don't offer any health benefit over the regular flour.

Just like health claims such as "low fat" and "organic", "gluten free" can be used on foods to create what's known in marketing psychology as a "health halo", where health claims on packaging encourage people to perceive a product as being healthier or better than other similar products. Research has found gluten-free products appeal to consumers who perceive it as being in the same space as "natural" or "healthier" foods, and manufacturers are creating products that pander to this perception.

San Remo, for example, has released a new "Slimmers Selection" range of pastas made from an Asian vegetable called konjac. It is not only gluten free but also fat free, dairy free, low carb, low kilojoule and has zero protein. It might be the perfect diet product, but when it comes to health, says Saxelby, it has almost no nutrients. 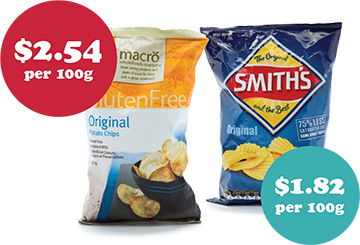 We also found the health halo effect alive and kicking in the potato chip section of the supermarket. Plain potato chips are generally gluten free – it's the flavourings that can contain gluten.

Some people see the gluten-free diet as a way to help with weight loss. But losing kilos on a gluten-free diet won't be due to cutting out the gluten protein – it's likely to be a result of cutting out extra kilojoules by avoiding foods such as breads, biscuits and cakes. People who substitute gluten-free versions of processed foods may in fact put on weight because they can be higher in kilojoules, fat and sugar than the original version.

With bakery items such as snack bars and bread, gluten adds elasticity and body. Extra fat is sometimes used in gluten-free foods to add moisture and texture, and extra sugar is added for taste.

Macro Double Choc Muffins are not only more than five times as expensive as regular muffins, they're also 150kJ higher per 100g and higher in saturated fat. Sugar is the main ingredient in these gluten-free muffins, as opposed to wheat flour for the Woolworths Select muffins.

The gluten revolution has even led to labelling of products that are naturally gluten free as "gluten free". This seems to be a case of opportunistic marketing, designed to appeal to gluten-conscious consumers wanting to make a quick and easy decision, or those who simply don't understand what gluten free really means and where gluten is likely to be found. 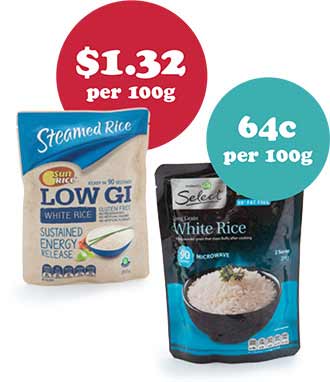 For example, there is no gluten in rice. Yet SunRice's Low GI microwavable white rice has a prominent "gluten free" tag. It's double the price of Woolworths Select rice, which, apart from having a higher glycaemic index (GI), has almost identical ingredients.

We also discovered The Good Meal Gluten Free Butter Chicken & Rice in the freezer section. But a quick survey of cook-in butter chicken sauces and other similar ready meals found all these are gluten free anyway. The meal isn't any more expensive than other similar products, but again its gluten-free claim is a canny – and somewhat deceptive – marketing strategy.

Is gluten intolerance a myth?

The immune system in people with coeliac disease (pronounced "seel-ee-ak") reacts abnormally to gluten – a protein found in wheat, rye, barley and oats – causing small bowel damage. Some people experience severe symptoms, while others have no obvious symptoms. But everybody with coeliac disease, irrespective of the severity of their symptoms, must strictly adhere to a gluten-free diet.

"Non-coeliac gluten sensitivity" describes a set of symptoms people attribute to dietary gluten. The cause and treatment of the symptoms isn't well understood, but research published in 2013 in the journal Gastroenterology suggested there may be no such thing as "gluten sensitivity" or "gluten intolerance".

While coeliac disease can be medically diagnosed, there is no test for gluten sensitivity accepted by mainstream medicine. Coeliac Australia says it's suspected that those who don't have coeliac disease, but report feeling better when gluten is removed from the diet, may actually have a problem with FODMAPs – the carbohydrate component in wheat – rather than the gluten protein.

How to choose the best gluten-free foods

Whether you have been diagnosed with coeliac disease or are cutting back for other reasons, as with any other types of food always read the ingredients list and nutrition panel carefully.

Take the time to compare prices, and steer clear of sugary, high-fat products. Check the fibre, fat, salt and sugar levels of gluten-free foods against regular products, and look for healthier gluten-free foods with wholegrains such as brown rice (with its higher levels of fibre and B-group vitamins) or buckwheat, amaranth, quinoa and millet.

The future of gluten free

Global trends suggest there is no sign of slowdown in the sale of gluten-free foods, and the Australian market is reportedly forecast to hit $98.6m by 2015. The good news is that gluten-free foods are likely to become healthier as analysts predict products high in sugar, salt and fat will no longer appeal to consumers who turn to gluten-free foods for health and diet reasons.