Incontinence is often left untreated. But in most cases, symptoms can be managed and even cured. 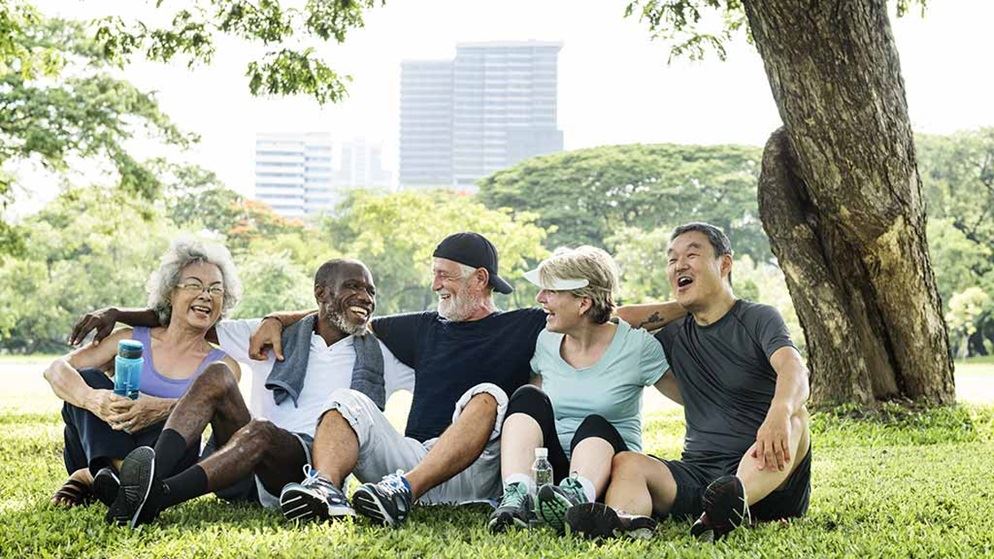 How to stop the leaks

Three weeks after having a baby, Alice sneezed while taking her washing off the line. With that, she realised she'd joined the ranks of many other women who experience postpartum incontinence. As she puts it: "I felt it running down my leg."

It's estimated that up to 37% of women experience bladder accidents at least occasionally. Thirteen percent of men are also affected, with prostate problems a key risk factor.

Find the products best suited to your needs with our incontinence product reviews.

Pregnancy and childbirth, along with menopause, are key risk factors for urinary incontinence. Incontinence can also be associated with constipation, obesity, reduced mobility and dementia, and is more common the older you get.

But although incontinence is not uncommon, it isn't inevitable. It can be helped, and in many cases cured.

It's important to seek an individual assessment and treatment, but people can often improve their continence with simple changes such as:

And it's important to do something about it sooner rather than later, as older people with severe incontinence are at risk of losing their independence. After dementia and reduced mobility, incontinence is a major factor for getting moved from living on your own to a nursing home, which can mean a loss of quality of life, privacy and control.

The 5 types of incontinence

Bladder problems are more common than bowel problems, and often people who have faecal incontinence also leak urine. Around eight percent of females and three percent of males are affected by both conditions.

This is when weakened pelvic floor muscles can't hold back urine, and a leak occurs when you cough, sneeze, laugh, walk, lift or play sport. The main causes are changes to women's bodies that weaken pelvic floor muscles during pregnancy, childbirth and menopause. Men often experience stress incontinence after prostate surgery, which usually takes six to 12 months to resolve. Alice suffered from stress incontinence, which is the most common type of incontinence in women.

This type is associated with a sudden and strong need to urinate, which may be caused by an overactive bladder and can result in leaks on the way to the toilet. Other associated symptoms are waking several times a night to go to the toilet and frequent toilet visits during the daytime. In an overactive bladder, the bladder muscle contracts too early, whereas in a normal bladder, the muscle stays relaxed as it gradually fills up.

If the bladder doesn't fully empty when going to the toilet, it can lead to the chronic retention of urine and, as a result, frequent small leaks. There are a number of possible causes, including nerve damage of the bladder, prolapse of pelvic organs, an enlarged prostate and some medications. Overflow incontinence most often affects men.

This can happen because of dementia, poor eyesight, poor mobility or poor dexterity, which makes it difficult to remove clothing. It means you either don't recognise you need to go to the toilet or can't find and use the toilet in time and therefore have an accident.

Faecal incontinence or bowel mishaps could be caused by a number of health issues including constipation, diabetes and some medications, and it can also include excessive wind. In many cases, it can be prevented or cured by diet and lifestyle changes.

Loss of quality of life

Alice realised she had a problem after experiencing another accident about six weeks after giving birth.

"We were having a big weekend away and both my husband and I were in the bridal party. It was the first time I'd had a couple of champagnes for more than nine months, and while we were busting out some dance moves, I accidentally busted out a little bit of wee," she says.

Often, incontinence can lead to a loss of quality of life.

She reports that for some of her patients there's also severe psychological consequences: "they stop socialising and isolate themselves".

The effects might even be more severe for older or disabled people who need care; they can experience rejection, loss of control and problems with their body image.

It can also cause a lot of stress for carers if it isn't treated, including financial stress.

According to Deloitte Access Economics, loss of earnings for carers in 2010 was estimated at $2.7 billion per year.

And for people who suffer from incontinence, their issues can be a major distraction at work and it can be harder for them to find employment.

Alice is herself a pelvic floor physiotherapist who knew that incontinence is a common problem for new mothers and immediately sought treatment. "I love running and I wasn't prepared to give that up. That would have changed who I am and really affected my mental health," she says.

But Sue Blinman, National Continence Helpline manager with the Continence Foundation of Australia (CFA), says many might think incontinence is normal and don't seek help.

"They perceive they're the only one with a problem," she says. "Quite often they've had it for a long time and have been too embarrassed to talk about it even with their doctor."

CFA works against the stigma of incontinence, encouraging people to seek treatment.

Recently 1000 women who experience incontinence were asked what happened when incontinence was mentioned in a social setting. They said that 70% of the time, the issue was not seriously discussed but just laughed off. In the vast majority of cases, they reported bladder accidents being seen as a normal part of having babies or ageing.

"We normalise it within our own community, immediate family and friends," Blinman says.

Morrison says that people often don't know there's effective treatment available. In her practice, "almost everyone will get some improvement: 75 to 80% of our patients will get enough improvement that they don't need to do anything else – 50% will get cured."

If you think you might be suffering from incontinence, your first step is to talk to your GP. They can exclude issues like urinary tract infections and start an assessment of the type and severity of incontinence that affects you.

But this is easier said than done, as pelvic floor muscles are complicated and can be hard to isolate – exercising them the wrong way can do more harm than good. Research shows that only half the women trying to learn pelvic floor muscle training from a pamphlet get the technique right.

Depending on your condition, your GP may be able to set up a chronic disease management plan, which often enables you to access up to five Medicare-rebated physiotherapy sessions in a calendar year. Extras health insurance can also help with the cost of physiotherapy.

After starting treatment at a specialised physiotherapy clinic, Alice was able to go running again within two months. She still performs exercises every day to keep her pelvic floor muscles in shape.

What if I need surgery?

In severe cases, surgery may be recommended to you. Surgery is a last resort if less-invasive options such as exercise, lifestyle changes and a better diet have failed. Surgery can be an effective treatment but there are risks involved. For stress incontinence, surgical mesh slings or mid-urethral slings (MUS) sometimes called "tape" are often inserted to support the pelvic organs.

MUS should not be confused with transvaginal mesh repair often used for pelvic organ prolapse (POP) and associated incontinence. Thousands of women have reported devastating complications as a consequence of this type of POP surgery and there are currently class actions underway in Australia against two manufacturers of these devices.

According to CFA in its submission in the current Senate inquiry into mesh, while MUS surgery can cause complications, these are "infrequent and less severe and rarely require follow-up surgery".

If surgery is suggested, ask:

With costs for continence aids like pads or pull-ups ranging from 12c to $2.33, long-term management can become expensive, especially if you consider the cost of additional equipment like bedding protection or catheters.

There are a number of financial assistance schemes, though there may be various criteria such as a health care or similar concession card and a prescription by a health professional. For information, contact the National Continence Helpline of the CFA on 1800 33 00 66.

States – Some of the contacts below can also refer you to a continence nurse or clinic.

Graham is considering his options

About five years ago, Graham had a serious E. coli infection, which nearly caused his kidneys to fail and gave him septicemia. He had a recurrence of the infection 12 months later, which was quickly dealt with. "But I noticed difficulty afterwards with urination and having leakage," he says.

Graham got a referral from his GP to a urological specialist and underwent a number of smaller surgical procedures and tests.

"They found that my prostate was enlarged but benign and for the past two years the urgency and frequency of the need to urinate has increased and the leakage has become worse," says Graham. Further tests showed that Graham's bladder muscles contract and spasm even with only low levels of urine in the bladder which is a common cause of urgency to urinate and leakage.

Graham is currently discussing treatment options with his specialist.