We find out how to spot a fake in the perfume business. 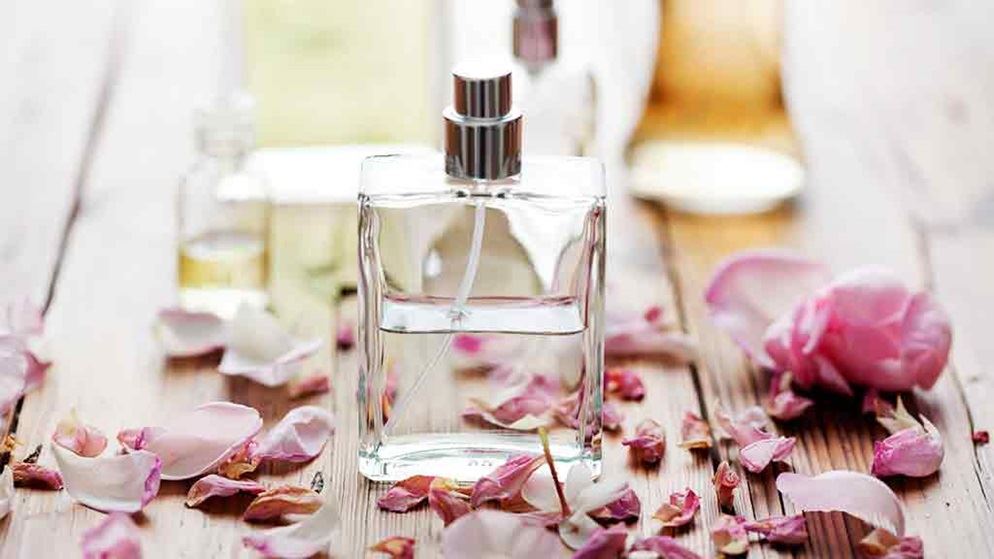 Have you been duped into buying fake perfume?

While it's more likely you'll come across a counterfeit perfume while browsing flea market stalls or buying products online, most consumers are unaware that highly sophisticated knock-offs are also finding their way onto retail shelves. It's easy to be fooled — some counterfeits are almost indistinguishable from the real thing.

Besides the loss of income to legitimate sellers, there are also potential health risks to the consumer. Counterfeit perfumes haven't been rigorously tested and can contain a whole host of unknown chemicals, meaning they're unlikely to comply with the regulations set by the Australian cosmetics regulator, NICNAS.

This creates the potential for all sorts of nasty surprises, such as:

What's more, tests on some fake fragrances have allegedly found traces of urine, which gives a whole new meaning to 'eau de toilette'! Others simply have been revealed as a delightful combination of fragrance and pond water.

The scent of a counterfeit may have a similar 'top note' to the original, but otherwise won't usually smell anything like it. But if you're buying the perfume for the first time, you're unlikely to realise this.

A counterfeit may have a sour or bitter smell – think watered down public toilet - and its fragrance may last only a short period of time on the skin, which you may be thankful for. One expert told us that a perfume should linger at least six hours, so if it only lasts 30 minutes, it's probably a dud.

How to avoid a fake

If you're not buying a fragrance from a major retailer (who bought it from the authorised distributor), here are some things to look out for to reduce your chance of buying a fake:

Careful where you buy

The lure of a cheap perfume is hard to resist, but is it worth the risk? The experts we spoke to were all in agreement on one thing: "If the price seems too good to be true, it probably is." Even if it's a genuine product, a lower price may indicate that it's passed its use-by date or has been stored incorrectly or for too long."

One of the only ways to be 100% sure a perfume is genuine is to buy from outlets that buy products from the authorised distributors, such as Myer, David Jones, certain pharmacies, speciality stores and websites like www.adorebeauty.com.au.

An example of a major company that's taken steps to protect itself and consumers from counterfeits is Coty Australia, distributor of fragrances such as Calvin Klein, Jennifer Lopez and JOOP!. It has established a network of authorised stockists, including online retailers, which only stock legitimate perfumes bought directly from the company.

If you do come across a fake, contact the store you bought it from, or the Australian company that distributes the product. If it's determined fake, it's up to the trademark owner to launch legal action against the fraudulent seller.

If you've bought a perfume that turns out to be fake, from someone other than an authorised stockist, you may not get your money back. That's why it's wise to check their return policy before buying. The online perfume store www.perfume.com.au offers a $45 perfume verification service of your perfume if you're unsure whether you've bought the real thing.

The reality is many of us now buy goods online; it's convenient and generally cheaper. The cost of perfumes bought online can now be up to 60% less than in traditional stores, according to Euromonitor.

But the problem, according to intellectual property lawyer Stephen Stern, is that, "these days, there's probably more counterfeit on the internet than genuine product."

To minimise the risk of getting a fake perfume, look for the following when you're buying from an Australian online store:

One of these bottles of Cool Water is real and the other is fake. Can you tell which is which? We certainly couldn't. The two bottles are nearly identical apart from some subtle differences.

It wasn't until both perfumes were sprayed onto cardboard that the big difference became apparent. "The top note is vaguely Cool Water but… it doesn't last, and it's sour ..." said Coty's Managing Director about the counterfeit version.

And the answer? The one on the right is the real Davidoff Cool Water.

Here is the packing from two bottles of Echo Woman — one real, one fake. Once the packaging has been opened, you can immediately see the difference between the two.

The counterfeit perfume sits inside an empty box, while the legitimate perfume is padded with extra packaging — though you wouldn't be able to check this if the perfume was sealed in cellophane.

A fragrance, just like a wine, has different layers: the top, middle and base notes.

This is the first part of the fragrance to hit your nose — the initial 'impact', which is composed of more volatile materials.

The second part — the 'heart' of the fragrance – defines its character.

The last part of the fragrance lingers on the skin, and is made from lasting materials.

It's also useful to understand the naming conventions for perfume: