Can the lofty claims of this so-called non-surgical facelift device actually be believed? 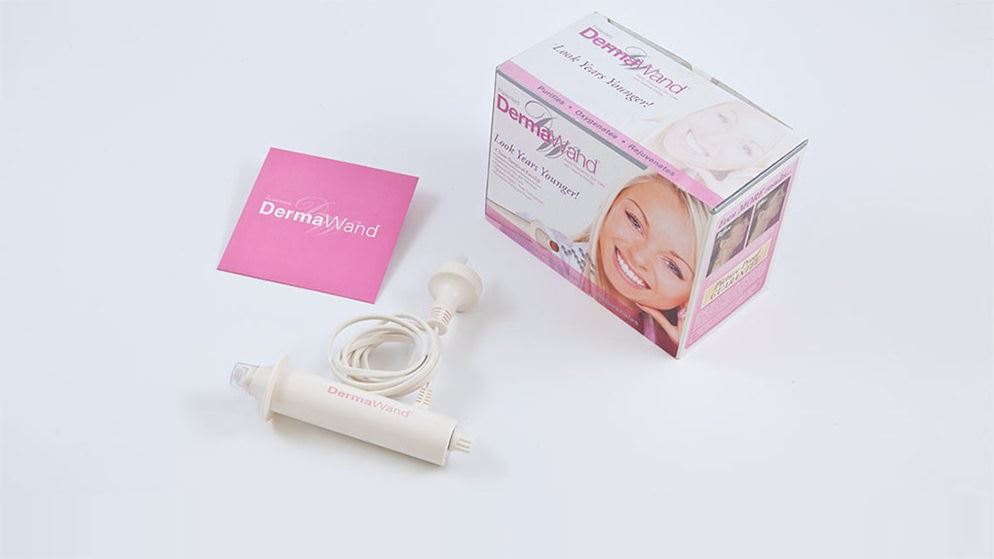 Can this magic wand turn back time?

The DermaWand makes some big promises to reduce fine lines and wrinkles, firm saggy skin and even make your complexion glow. But does it measure up to claims? We asked two triallists to give their opinion, after setting them the task of using it for six weeks. We've got their opinion, but we also got before and after photos so you can be the judge. Can you see any improvement?

What is the DermaWand?

The DermaWand's "magic powers" to make you look younger comes from using radio frequency energy – the same technology (but at a lower amplitude) as the machines used by medical specialists to help with the early signs of loose or sagging skin. The device is claimed to tighten and improve the underlying tissue structure.

DermaWand says the energy penetrates the surface of the skin with the aim of stimulating and massaging, while delivering thermal energy and enriched oxygen.

How to use the DermaWand

To use the DermaWand you need to strictly follow the process outlined in the instructions and DVD.

Our triallists, CHOICE staffers Leonie Sly and Lynda-Maree Morgan, used the DermaWand for six weeks. They both found it quite easy to use and experienced only mild redness, which quickly faded, but at the end of the trial neither was impressed or convinced.

At its best, the DermaWand made their skin feel softer; however, this effect also faded, and for the most part there were no noticeable differences or improvements.

Leonie says she didn't like the smell produced – describing it as akin to "burning flesh"– nor the zapping sensation she received when placing the DermaWand on her skin.

"I found it uncomfortable to raise the power level and only very gradually got to level 8 (the second-highest) in the sixth week of the trial."

Lynda-Maree also didn't like the unpleasant odour produced by the DermaWand, which is said to be "the natural scent of clean, enriched oxygen being produced and delivered to your skin's surface".

"When using the highest setting around my neck I experienced a little spark if the wand was lifted only slightly away from my skin."