I can't believe it's not meat! Are vegie sausages, vegie burgers and other 'fake' meats healthy? 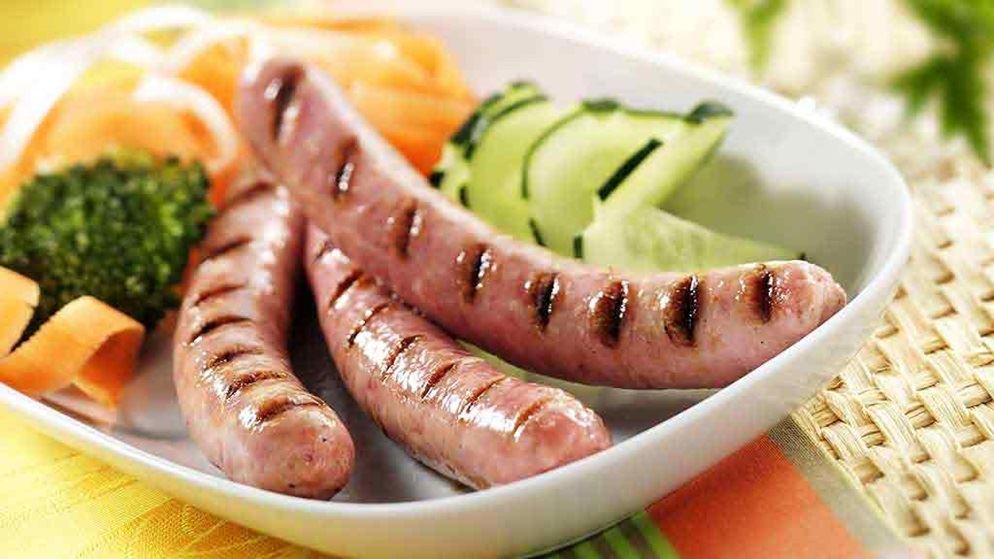 Thinking of becoming a vegetarian?

Whether for health, ethical or environmental reasons, many people choose to cut down on meat, or cut it out of their diets altogether. Making the transition from meat-lover to vegetarian can be challenging. Meat substitutes can help fill the schnitzel-sized gap on your plate and curb the need (or want) for meat.

Meat substitutes come in a range of products like:

We've tested and tasted them in the past and we found that the healthiest meat substitutes don't necessarily taste the greatest. And while you might be ditching the meat, you could be gaining a lot of salt. Sodium levels were so high in many of the products we looked at that there weren't many we'd actually recommend.

If you're also interested in non-dairy alternatives to cheese, see the results of our vegan cheese taste test.

What about Quorn meat substitutes?

Quorn products have been available in Australia since 2010, and in the United Kingdom since 1986 and the United States since 2001. The base ingredient is mycoprotein, a source of dietary protein and fibre derived from a fungus.

Some consumers have had adverse reactions after eating mycoprotein-based products. Research in Europe suggests that while most people can eat these products safely, a reaction can happen. People who react to other fungi or moulds (including when they breathe them in) could also react to the mycoprotein in Quorn products.

Food Standards Australia New Zealand (FSANZ) isn't aware of any confirmed reactions to Quorn products in Australia but if you experience a reaction, stop eating the food and see a medical practitioner.

Like many processed foods, a range of ingredients and additives may be used to make Quorn products. The ingredients could very well include known allergens such as milk and egg. Consumers can check the label and avoid ingredients that may be of concern to them.

What type of vegetarian are you?

You know those people who say they're vegetarians and then happily tuck into a chicken nugget or a plate of fish and chips? These are the different types of vegetarians:

If you've decided to eliminate (or reduce) meat from your diet, it's important to maintain a nutritionally sound diet. A balanced diet, centered on plant-based foods, can contain all the essential nutrients required for optimum health.

Compared with diets that include meat, vegetarian diets generally:

If you're considering eating meat substitutes just remember to consume them in moderation. Check the nutritional panel carefully – after all, they are processed foods, not health foods, and are often high in sodium.

Vitamin B12, iron, zinc, calcium and some omega-3s could be lacking in a vegetarian diet, as these nutrients are found predominantly in animal foods.

Vitamin B12 is needed to keep the brain and nervous system functioning and for the formation of red blood cells. Deficiency can result in macrocytic anaemia. Vegans are particularly at risk of B12 deficiency and should eat fortified foods or take supplements.

Vegetarians who eat dairy products will get vitamin B12 and calcium, both of which are missing from a vegan diet. Some meat substitutes may claim that their products are high in B12, so check for this on the labels.

What are the alternatives?

Non-animal sources of other important nutrients are:

It's hard to feel full after a vegetarian meal

False: Proteins from plant sources like legumes, wholegrains, seeds and nuts are low GI and good sources of fibre. These foods break down slowly and release blood sugar gradually into the bloodstream, leaving you feeling fuller for longer.

The Glycemic Index (GI) is a measure of how the carbohydrate in a food affects your blood glucose levels as it's digested, absorbed and metabolised. If this happens quickly, there's a rush of glucose into the bloodstream followed by a quick fall – the food is higher in the GI scale. If it gives a slower and gentler rise and fall in blood glucose, the food is lower in the GI scale.

False: A properly planned vegetarian diet is nutritionally equivalent to a balanced meat-based diet. Fruits, vegetables, legumes and wholegrains provide vegetarians with plenty of energy to get through the day.

If you give up meat and meat products, there's not much left to eat

False: There are plenty of options available to vegetarians. Mediterranean and Asian cuisines are largely based on plant foods and most restaurants have options for vegetarians. Meat substitutes are one option, but there are hundreds of recipe books full of inspiration for vegetarians.

True: Approximately seven hectares of land is required to product the same quantity of protein from beef production as can be obtained from one hectare of wheat or rice. However, grains cannot be grown where soil is of poor quality or there is low rainfall, so in countries like Australia meat is farmed in some of these areas.

True: Vegetarian diets are generally higher in fibre and lower in fat and cholesterol. There is growing evidence that vegetarians are less likely to suffer from cancer, heart disease, strokes and have a longer life expectancy. Those who choose a vegetarian diet for health reasons are also likely to have other healthy practices like exercising regularly, not smoking or abusing drugs or alcohol. However, an omnivorous diet following the Australian Guide to Healthy Eating can also provide all the essential nutrients for good health.