We've found food fraud in the supply chain of oregano, with only five of twelve samples we tested 100% oregano. 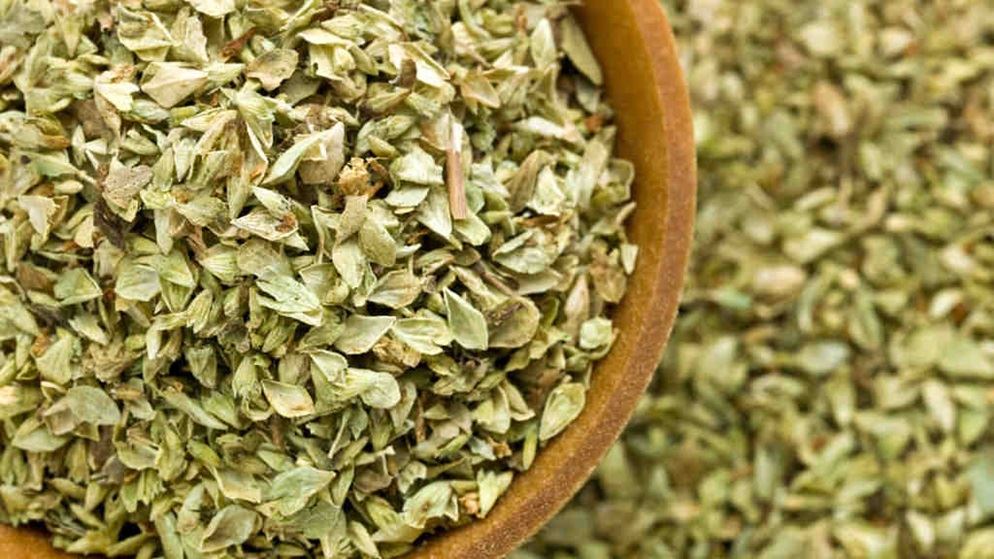 Our tests indicate that food fraud is occurring in the supply chain of oregano, with seven of the twelve dried oregano samples we looked at containing other ingredients, including olive and sumac leaves.

Why we tested oregano

Last year a study reported that 25% of dried oregano samples in the UK were adulterated. Concerned that Australian consumers might be affected by the same issue, CHOICE decided to carry out a spot check on the authenticity of oregano being sold here. We bought a selection of dried oregano products from supermarkets, grocers and delis in Sydney, Melbourne and Perth – 12 different brands in total – and had a single sample of each product analysed.

What the spot check revealed

Shockingly, the results of a unique screening test for oregano adulteration showed that of the 12 samples, only five were 100% oregano. The other seven – from brands Master of Spices, Hoyt's, Stonemill (Aldi), Spice & Co, Menora, Spencers and G Fresh – contained ingredients other than oregano, including olive leaves (in all seven samples) and sumac leaves (in two samples). Ingredients other than oregano made up between 50% and 90% of the adulterated samples.

It's important to note that we tested just one sample of a single batch from each brand, so the results aren't necessarily representative of each of those individual brands and companies' whole range of oregano products.

But with the results of our spot check indicating potential breaches of the Australian Consumer Law for misleading or deceptive conduct and false or misleading representations about a product, we referred the matter to the ACCC and it has since initiated an investigation. The results also point to a substantial issue with the adulteration of oregano supplies in Australia, so CHOICE thinks it's imperative the ACCC gets to the bottom of the problem and takes appropriate action.

What the companies said

We contacted the companies behind the products that weren't 100% oregano for comment. The feedback from those that responded suggests the adulteration may be occurring further back down the supply chain, and it's not just consumers who are the victims of fraud.

"To find that we have been supplied a product that is not as per provided paperwork nor our own product specification is extremely shocking and disappointing," Spice & Co told us. On learning of the situation it immediately notified its retailers and advised it would hold and not re-supply its product "until such time that we have absolute assurance of the integrity of the oregano". It told us its supplier was undertaking further tests on this product and would conduct additional "authenticity/botanical" testing in future.

An Aldi Australia spokesperson told us the supermarket places high expectations on its suppliers to ensure they provide products that are manufactured to the best standard possible. "Aldi is currently analysing the recent test results of Stonemill Oregano with the supplier and will undertake any further action if and as required," we were advised.

Aldi has since put up signs in stores advising that "in the approximate period between January 2015 and March 2016 the Stonemill Oregano and Stonemill Mixed Herbs did not meet Aldi's product specifications", and requesting that customers return the products for a full refund.

Hoyt's told us that it was co-operating with the ACCC investigation. At the time of publication we hadn't received a response from any of the other companies affected.

What's the motivation for adulteration?

Someone, somewhere along the oregano supply chain, has made a conscious decision to substitute other leaves for oregano – but without more information, we can only speculate as to why.

In the recently reported case of saffron fraud, lower quality products were passed off as a premium product for financial gain, for example.

Food products may also be adulterated to ensure that supply meets demand. Suppliers usually have a commitment to provide a certain quantity of product. If there is more demand for a product than expected, or if supply is affected due to crop failure, for example, suppliers may have to try to source the product from elsewhere, which may not be possible.

According to our UK sister organisation Which?, when reporting on oregano fraud in that country, herbs have been identified as "vulnerable to food fraud as the rising demand for the product doesn't quite tally up with what we know the agricultural supply can provide. It's also chopped up or ground which makes it harder to identify by sight".

There's an obvious cost implication for consumers when purchasing adulterated products, in that we're usually paying for an inferior product. Consumers spent $115m on herbs and spices last year according to Retail World Annual Report 2015. And dried oregano is a staple in the spice rack of many Australians. It's important that we get what we're paying for.

But consumer detriment isn't just limited to being ripped off on quality and value. There are potential safety issues associated with the adulteration and fraudulent labelling of products, as highlighted by the incidents of cumin adulteration in the US in the past 18 months – although hopefully there's no safety risk to consumers from the adulteration of oregano.

Reducing the number of steps from farm to fork by buying direct from the producer (or growing your own) is one way to be sure you're getting an authentic product, but this isn't an option for most people. And you shouldn't need a lab test to tell you what herb you're actually buying. Consumers should be able to trust that if a product is labelled as 'oregano', it is in fact 'oregano'.

Consumers need to have confidence in food labels – it's simply not acceptable to be in the dark about what we're adding to our food. At the end of the day all entities along the supply chain are responsible for the authenticity and traceability of the product being sold to consumers.

CHOICE would like to see retailers, suppliers, producers and enforcement agencies increase and improve checks to ensure that all oregano products – and indeed all packaged herbs and spices – are what they say they are on the label.

Fraudulent labelling of saffron was exposed earlier this year after scientists analysed 44 commercial saffron products sold in Spain, the Czech Republic and Turkey and found that over 50% of the samples labelled as 'Spanish saffron' were neither grown nor processed in Spain. Saffron from Spain is internationally acknowledged for its superior quality, and the economic motivation for buying lower quality, cheaper saffron from other countries and passing it off as Spanish is significant.

In 2013 Europe was rocked by the discovery of horsemeat in foods advertised to be beef. The scandal resulted in a series of product recalls and prosecutions, and the establishment of a National Food Crime Unit in the UK.

There have been multiple recalls of ground cumin in the US dating back to December 2014, with products testing positive for undeclared peanut. In some cases the quantity of peanut detected was small enough to assume accidental contamination was the cause, but in others the quantity was significant enough to suspect the substitution was economically motivated. The FDA advised that people who are highly allergic or sensitive to peanuts may be at risk of a serious or life-threatening allergic reaction if they came into contact with contaminated products.

Australia faced a similar issue last year with coconut drinks containing undeclared cows' milk – a situation that resulted in one death and at least one recorded hospitalisation.

Clearly it's crucial that consumers can trust that their food is what it says it is on the label.

In August and September 2015, we bought 12 different dried oregano products. A sample from a single batch of each product was tested for oregano adulteration using Fourier Transform Infrared (FT-IR) spectroscopy and chemometric modelling.

The products tested were a mixture of major brands sold in supermarkets and smaller brands sold through independent delis and grocers in Sydney, Melbourne and Perth. The brands of oregano we tested represent more than 80% of the brand share (value) in the herbs and spices product category, according to Retail World. They were: