Is pre-cut fresh veg worth buying?

We weigh up the cost of convenience when buying fresh vegetables at the supermarket. 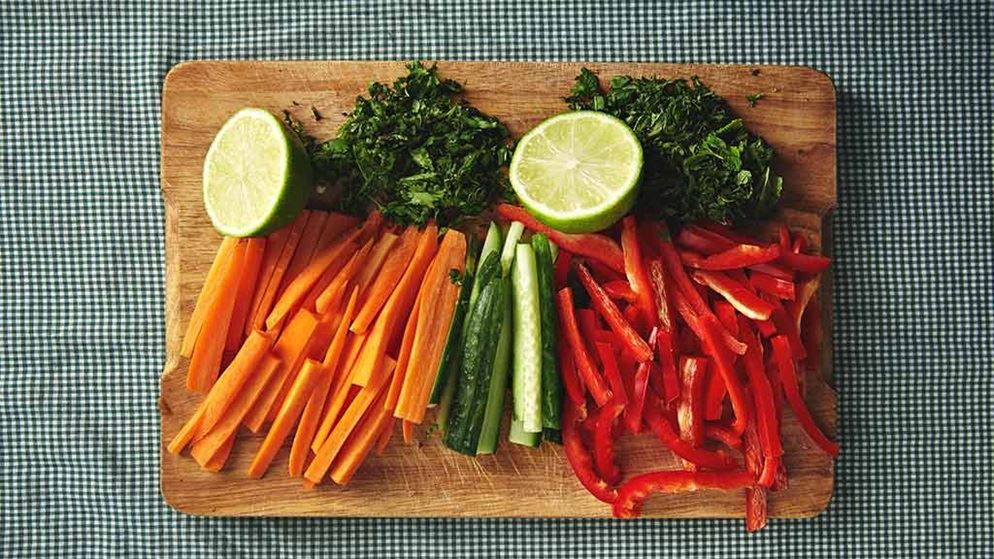 Being time poor is a common complaint, so any shortcut that helps you get dinner on the table or lunchboxes packed faster can be a big bonus.

Supermarkets are stocking a growing range of pre-prepared fresh vegies – diced pumpkin, smashed avocado, carrot sticks and chopped root veg for roasting, to name just a few examples. But what price do you pay for this convenience?

We timed how long it takes to prepare seven different vegies that are available pre-prepared and packaged in supermarkets (see How we tested). Taking into consideration the average prep time and the price mark-up for the pre-prepared packaged versions compared to buying the same vegies loose and intact, we've ranked them from best to worst for 'convenience value'.

We found that cauliflower rice offered the most convenience value, whilst corn cobbettes offered the least.

The obvious benefit of buying convenience veg is the time it saves you in the kitchen. When you're trying to get out the door to meet friends, or feed the kids before you hear yet another 'When's dinner going to be ready?', then even a few minutes can make a difference

To find out how many minutes these types of products can free up, we timed volunteers preparing seven different vegies that you can buy pre-prepared (see How we tested). The most time-consuming item was cauliflower rice, which took our volunteers 7.5 minutes (450 seconds) to prepare, on average. The least time-consuming was the broccoli florets, which took just over a minute (62 seconds).

Some types of preparation – shredding carrot, slicing mushrooms or granulating cauliflower, for example – can be done much faster in a food processor than by hand. But you'd need to take into consideration the time it takes to set up the food processor and clean it after – and you'd need to have one in the first place.

Providing fresh vegies in a convenient format might help people to eat more of them, which would be a positive outcome considering that only seven percent of Australian adults are eating the recommended five serves of veg a day.

Kayla Dodd, accredited practising dietitian (APD) told us "A common reason people give for not eating their vegies is that they don't have enough time to prepare and cook them.

"Vegetables are packed full of vitamins, minerals and fibre and they're beneficial for digestion and health overall. So anything that's encouraging fruit and veg intake is a good thing. If people are time poor, it's better they opt to buy ready prepared veg than other less nutritious foods," she says.

Some people buy convenience veg because they believe it creates less food waste. You might live on your own and struggle to get through the whole cabbage (and all the other ingredients) you'd need to buy in order to make a coleslaw from scratch, so buying a single serve package would make sense. Or you might live in an apartment without access to composting, and have nowhere suitable to dispose of your carrot peelings and corn husks.

Food waste is a serious problem. Australians throw out a whopping $8 billion of edible food each year, and about 33% of this is fresh food including fruit and veg.

As you'd expect, there's a price to be paid for the convenience of pre-prepared veg, although it varies depending on the product.

In our snapshot sample of seven convenience veg products, the biggest price mark-up was for the corn cobbettes. A 425g pack cost $5.50, which is $4.50 more than what the same weight of corn cobs would cost if you bought them loose – although once you'd removed the husks and silk you'd be getting a bit less. The mark-up on a 150g pack of broccoli and cauliflower florets, on the other hand, was just $1.62

It's arguable whether the convenience is worth it, but how much it adds to the problem of plastic packaging isn't.

Certain food packaging can be recycled, but it's argued that a lot of the packaging isn't necessary in the first place. Both Greenpeace and a Change.org petition have demanded that Coles and Woolworths stop using excessive plastic packaging on fresh produce.

If saving time is your main priority but you don't want to pay the premium, you can work on cutting down the time it takes to prepare your vegies.  For help perfecting your technique,  check out our video series on tips for quick vegetable prep.

Are pre-cut vegies just as nutritious?

Some nutrients are lost when vegies are cut, peeled, diced or grated – and this applies to the veg you prepare ahead of time at home as much as it does to convenience veg from the supermarket. But in the grand scheme of things the loss is negligible.

"Oxygen can react with the cut surfaces of pre-prepared fruit and veg which may have a small impact on nutrient content," says Melanie McGrice, APD and Dietitians Association of Australia spokesperson. "But most use airtight packaging which helps to decrease losses.

"The benefit of actually having the veg far outweighs any nutrient losses," she adds.

McGrice notes that less can be more when it comes to vegie prepping and nutrition. "A lot of the fibre is found in the outside of produce – carrots and pumpkin for example – and peeling will remove this. So rather than looking for a peeled carrot, just eat the carrot with the peel on."

The way you cook your vegies is more likely to have an impact on their nutritional value. Vitamins C and B, for example, are water soluble, so boiling vegetables will cause these vitamins to migrate into the water. To preserve nutrients, alternative cooking methods such as grilling or steaming are preferable.

Is pre-cut produce more likely to cause food poisoning?

There's certainly a risk that produce can become contaminated during processing and cause food poisoning.

Cut rockmelons are a repeat offender. Earlier this year six people died and more became seriously ill after eating listeria-contaminated rockmelons, which were traced back to a particular farm. When sliced, pathogens on the melon skin were transferred to the flesh, resulting in Listeriosis in some of the people who ate them.

But it's not just rockmelons – almost any type of produce can be contaminated , whether that's through contact with harmful bacteria in the soil or water where it grows, or through poor preparation and handling. And again the benefit of eating more vegies far outweighs the risk of food-borne illness.

To minimise the risk of food poisoning from packaged, pre-cut fresh fruit and veg government food authorities suggest the following: 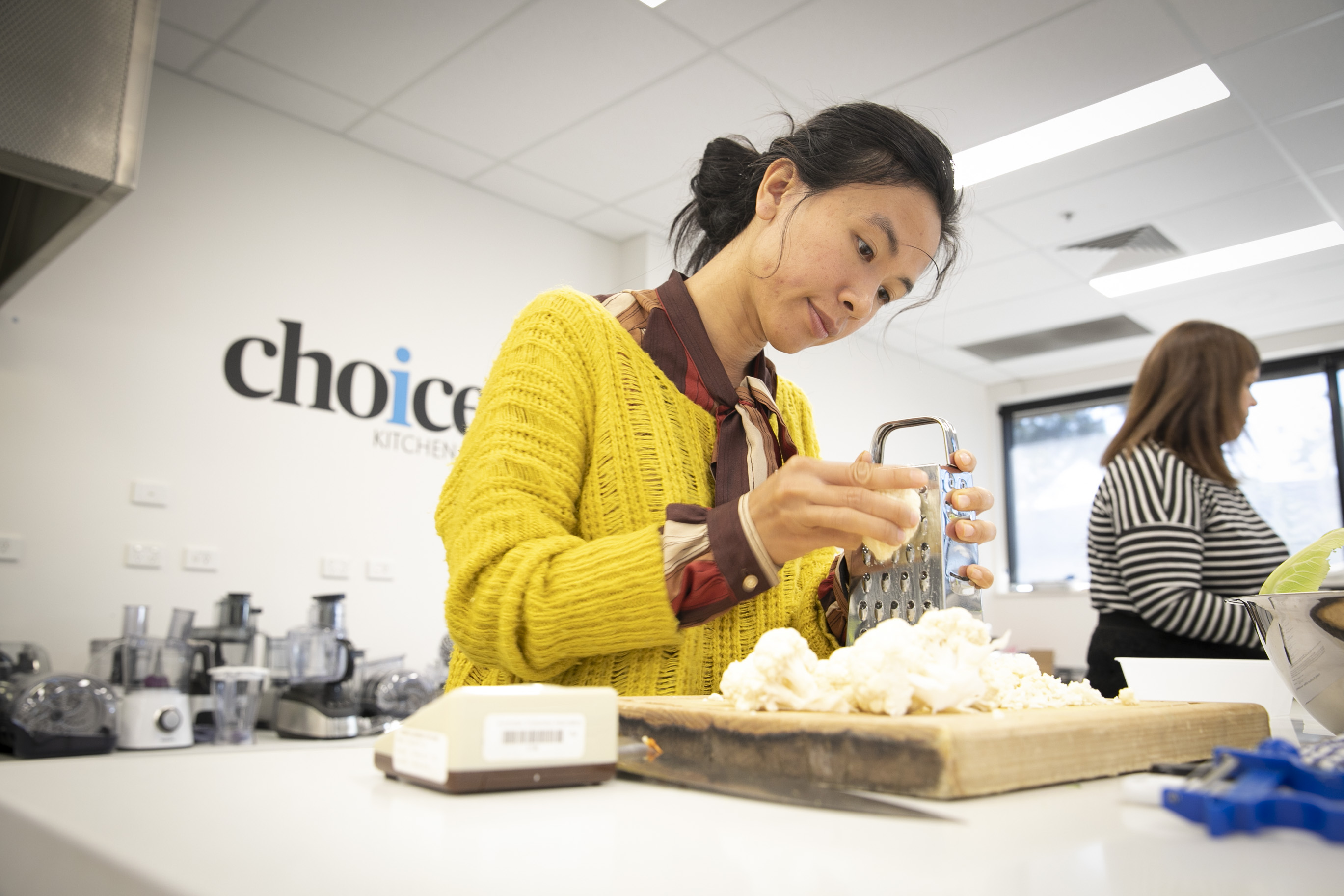