Are you eating genetically modified food?

CHOICE reveals where you'll find GM foods, and looks at some key concerns, including labelling. 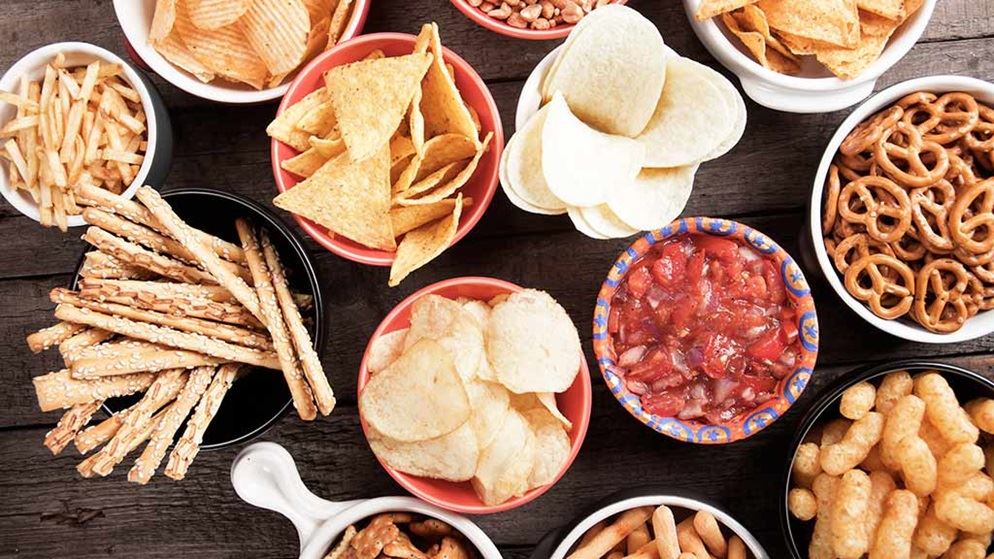 It's likely that a number of products in your pantry contain genetically modified (GM) ingredients – but most of these won't be labelled as such.

GM crops are lauded as a critical part of the solution to the world's agricultural problems. But a recent CHOICE poll found that 84% of Australians are concerned about eating food with GM ingredients.

In this article we present the key controversies and spill the biotech beans on what foods may have GM ingredients, labelling requirements, and what GM crops are grown in Australia.

What is GM food?

GM foods include or are made from a genetically modified organism (GMO), such as GM soy beans or GM yeast.

A GMO has had its genetic code deliberately changed, often by transferring genes from another species to produce beneficial new characteristics for the producer or the consumer – such as herbicide tolerance, higher crop yields, improved nutritional value or pest resistance.

What GM foods are grown in Australia?

There are only two commercial GM broad-acre crops grown in Australia – GM cotton and GM canola. These are both found in many margarines and frying oils.

More than 99% of planted cotton in Australia is GM.

There are three types of GM cotton in use and all are owned by Bayer or Monsanto, which are on the brink of merging. Two of these cottons are herbicide-tolerant to help the control of weeds, and the other has an inbuilt resistance to a pest, reducing the need for insecticides.

There are six types of GM canola licenced for use in Australia. All have been developed to be resistant to the herbicides used to control weeds. Five of these are owned by Bayer or Monsanto.

Other GM crops being developed and trialled around the country (but not yet commercially available) include sugarcane, safflower, banana, wheat, barley and white clover.

There are no GM animals or fish being grown or raised for food in Australia; however, meat, dairy and eggs from animals fed imported GM feedstock are available to consumers in Australia.

What are some of the health concerns?

Genes from GM plants can unintentionally escape into other crops or into related species in the wild. In 2000, a woman in California went into anaphylactic shock after eating corn tacos. Earlier that year, it was found that a pest-repelling GMO corn crop that was only approved for feeding animals had cross-pollinated conventional corn crops nearby that were intended for human food.

Bacteria and viruses are sometimes used in gene modification, and some people believe this could lead to new pathogens.

Although the probability is low, gene transfer from GM foods into bacteria in our gut, or cells in our body, could occur. There are fears that antibiotic-resistant genes used as markers when creating GMOs could contribute to antibiotic resistance.

What GM foods are available in Australia?

Many of the processed foods in our stores include imported GM ingredients.

Are they labelled as GM?

By law, food that contains GM protein or 'novel DNA' must be labelled. And GM foods that have an altered characteristic (e.g. soy beans with increased oleic acid content) compared to the non-GM counterpart must be labelled.

However, the exemptions include:

A survey conducted by CHOICE earlier this year showed that 84% of consumers were concerned about the presence of GM ingredients in their food. However, mandatory GM food labelling is not recommended in the draft Review of Agriculture by the Productivity Commission. It states, "All GM foods must undergo a safety assessment by FSANZ, and therefore GM labelling is a consumer value issue, not a food safety issue."

Gene Ethics, a nonprofit, opposes this stance, stating in its submission to the review that removing GM labelling disadvantages consumers in favour of retailers and GM food producers: "A majority of Australians do not want to eat GM foods and should be enabled to decide what to buy at the point of sale, through good labelling."

Many believe that the dominance of the global GM seed and agrichemicals market by a handful of chemical companies (including Dow Chemical, Du Pont, Monsanto, Bayer, ChemChina and Syngenta) puts farmers in financially vulnerable situations, particularly in developing countries.

Where once farmers had choice and saved their own seeds for crop regeneration, now Monsanto has them sign a user agreement that prevents them from saving and replanting the seeds, forcing them to reinvest each season.

Research into GM seeds is tightly controlled by the agritech companies that have given themselves the power to quash the work of independent researchers. Research on genetically modified seeds is still done by independent scientists, but only studies that the seed companies have approved are published in peer-reviewed journals.

What are some of the benefits of GM foods?

For example, the Banana21 project is using GM techniques to produce bananas with increased levels of vitamin A. By increasing vitamin A in a food that's a staple part of the diet in parts of Africa, it's hoped that the project will dramatically reduce instances of preventable blindness.

Studies have shown that some GM food crops produce an increase in yields and/or a reduction in pesticide use, while other GM crops can result in increased herbicide use.

Who assesses the safety of GM foods?

Australian and imported GM foods are assessed for their safety and labelling requirements by Food Standards Australia New Zealand (FSANZ) under the Food Standards Code.

Assessments are conducted on a case-by-case basis. FSANZ look at risks that arise as a result of the altered genes, risks that come with the intended or unintended use of the product, and if any conditions of use are needed to enable the safe use of the food. It must be shown to be as safe and nutritious as its conventional counterpart.

Who assesses the safety of GM crops?

GM crops are regulated by both the Commonwealth and state governments.

The Commonwealth Office of the Gene Technology Regulator (OGTR) regulates GM organisms under the Gene Technology Act 2000 and corresponding state and territory laws. The OGTR identifies the risks posed by a GM organism (or dealing with the GMO) to the health and safety of people and the environment. This may be during experiments, growing, transporting, importing. The GMO's safety is assessed against its conventional counterpart.

How are the states involved?

South Australia, the ACT and Tasmania all have moratoria on the growing of GM crops. Victoria lifted its ban in 2008, New South Wales has approved GM canola and GM cotton crops, and Western Australia recently lifted its restrictions on GM crops.

However, because the process is tested for organic certification, and not the product, it's nearly impossible to be totally confident that no GM elements are present. For this reason NASAA uses the term non-GMO rather than GE- or GMO-free.

Nonetheless, he says organic certification is your best bet when seeking non-GMO foods as there is currently no certification for non-GMO.

Would you eat GM fish or animals?