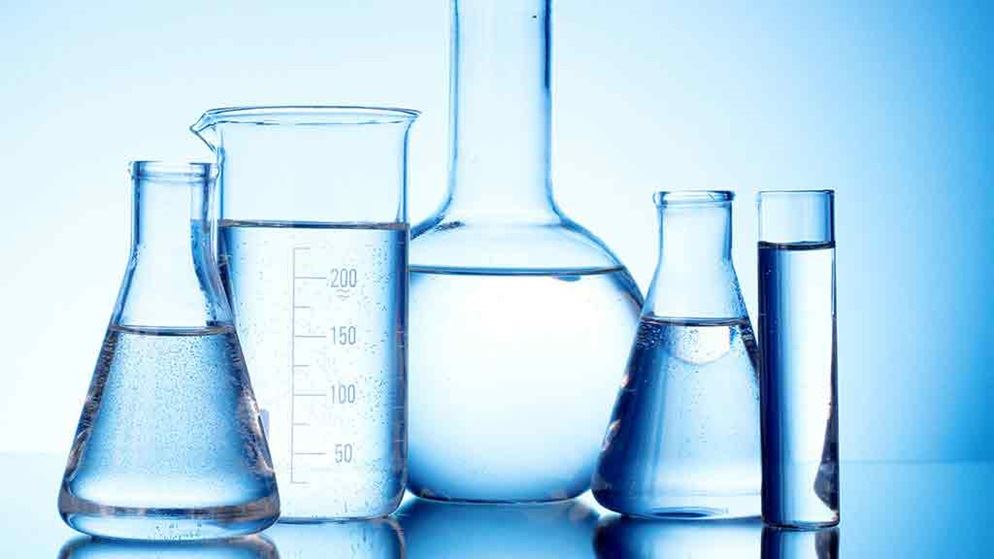 Plain old water just isn't good enough anymore, or at least that's what supermarkets, health stores and online retailers will have you believe. If it doesn't have one or more magical properties, such as a particular pH (acidity measure), extra oxygen, magnetic properties, or a specific polyhedronic structure, they suggest it's not good enough to quench your thirst.

Enhanced water "experts" hype up the benefits of high end H20, blurring the line between information and pseudoscience, wrapped up in marketing spiel. We take their claims, filter out the fluff and get down to the facts on water. 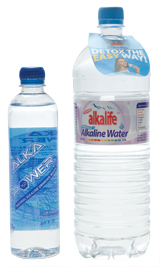 Alkaline water, also called ionised water, is promoted for detoxing, and claims to increase vitality, slow ageing processes and prevent diseases including cancer and diabetes, all by virtue of having a higher pH (about 9) than tap water (typically around pH 7). In chemistry, a higher pH means the solution is alkaline, or less acidic.

Drinking normal amounts of alkaline water won't do any harm. In fact, many people consume high alkaline bicarbonate products for medical reasons (such as antacids to help alleviate stomach acid reflux and urinary alkalinisers for relief of urinary tract infection symptoms). But if you don't have one of these conditions, there's no evidence it will do you good.

Alkaline foods and drinks are neutralised by stomach acid, so drinking alkaline water has no effect on the acid-alkaline balance of the body, which remains between 7.35 and 7.45. If the blood pH goes above this range (that is, more alkaline) the lungs help regain control by retaining carbon dioxide (you breathe more slowly) and thereby increasing the carbonic acid levels of the blood, while the kidneys increase excretion of bicarbonate in urine, making it more alkaline.

The proponents of "structure-altered" waters argue that arranging hydrogen and oxygen atoms in a particular shape increases benefits in terms of more cellular penetration and hydration ability. Hexagonal water is one example, but these and other forms of water "clusters" are inherently unstable, have no observable properties, and offer no health benefits. In 2005, Penta Water (pentagonal water) came under fire from the UK Advertising Standards Association for making such claims.

In 2008, CHOICE awarded a Shonky to Coca-Cola Amatil for its range of Glacéau "nutrient-enhanced water beverages". Why? Because Glacéau VitaminWater contains enough sugar to provide an average woman with about one-quarter of her recommended daily intake, but there are better ways of getting your vitamins and minerals. Even a moderately healthy diet could provide the levels of nutrients included in these waters. The Australia New Zealand Food Standards Code permits vitamins and minerals to be added to water-based beverages, and measure for measure these beverages have less sugar than a typical soft drink or juice. But don't kid yourself into thinking they're anything other than a sweet treat.

Currently enjoying fad status, coconut water has been marketed as a healthy alternative to sports drinks and other bottled beverages. While it does contain some useful nutrients such as calcium, magnesium and phosphorous, they're in amounts smaller than those found in fruits and vegetables, and there's no evidence it lives up to other claims such as assisting in weight loss, improving skin tone and helping with digestion. It doesn't offer any advantages over sports drinks or regular water for performance and rehydration during or after exercise.

Spruikers of oxygenated water claim the extra boost of oxygen can help athletes and other people who could benefit from the extra dose of this life-giving gas. However, the amount of oxygen we normally breathe in (about 3000mg per minute) vastly exceeds that contained in a bottle of water (150mg in the case of Oxygenizer brand).

Mizone Formulated Sports Water looks like water, but it's flavoured and includes salt and sugar. It's marketed for sports hydration, and while it meets the standard for electrolyte drinks (or "sports drink") in terms of sodium, it has less sugar than other sports drinks, which means it can't technically be called a sports drink, hence the term "sports water" (see our article on Exercise rehydration for more on sports drinks).

Aroona Sports Body Quencher, on the other hand, is just plain old water in a pop-top bottle, with pictures of sporty people on the label. 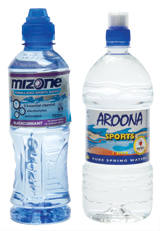 This water was released onto the market in 2002 accompanied by great hype and the usual ringing endorsements that accompany miracle products from current affairs TV shows and in other media. The water contains magnesium bicarbonate, which increases its alkalinity and provides a dietary source of magnesium.

The Unique Water website claims the product is "too good to be true" and indeed it is. After coming under the scrutiny of the TGA for making claims about the therapeutic benefits of the product, the people behind Unique Water paid reportedly millions for a clinical trial. It tested the claims of improvements in the acid-base balance of the body, bone metabolism, and cardiovascular risk factors. When the results were published in 2010, they showed increased blood magnesium levels, as well as an increased urinary pH due to the bicarbonate. Magnesium is an essential nutrient, but you can get similar results for a portion of the cost simply by taking a pill, if your diet is inadequate.

Balance is a range of non-flavoured waters containing flower essences, with varieties designed to promote health and wellbeing through stress relief and relaxation. The company makes no attempt to substantiate its claims, rather it states: "Like many homeopathic remedies, most of the scientific evidence to date is anecdotal and based on case studies." In other words, there's no actual scientific evidence.

For a while, "organic" waters, named to cash in on the implied health benefits, were big in the bottled water industry. However, in 2013 the ACCC cracked down on bottled water companies who use the word organic in their label, so brand names such as Active Organic, Lithgow Valley Springs Organic, Nature's Best Organic, Organic Australia, Organic Falls, Organic Nature's Best and Organic Springs should no longer be on shelves.

The old "eight glasses a day" equates to about two litres of water, but there's no set minimum for a healthy intake. How much you need to drink is actually an individual thing, based on your body size, the climate, and your diet and lifestyle.

Most people lose about one litre of water per day through sweat, urine and other bodily processes. Meanwhile, we're eating a fair amount of water in food, as well as drinks such as tea, coffee, juice and so on. Once thought to be dehydrating, caffeinated drinks actually have little or no dehydrating effect (though alcohol does). Drink based on thirst.

If you're feeling thirsty, you're already dehydrated

The fear of dehydration, arguably heightened by sports drink manufacturers and bottled water companies, has well and truly taken hold, and not only among elite athletes. Seemingly everyone, from dog walkers and train commuters to window shoppers, can be seen regularly topping up from their water bottle.

Dehydration may be a risk in extreme circumstances, such as doing heavy exercise in hot weather, but for most healthy adults going about their day-to-day activities, thirst kicks in before any detectable signs of dehydration.

It may seem that drinking a glass of water should make you feel fuller – and perhaps eat less – but this doesn't appear to be the case. Like other drinks, water appears to dodge hunger receptors and has no effect on appetite. However, if you add water to your food, it reduces the energy density and may help you feel fuller, eat less and lose weight.

As one example, studies have found that instead of a casserole accompanied by a glass of water, you could make the same ingredients in a soup, which is more filling so you'll eat less at the next meal.

Drinking water will also help you lose weight if you drink it instead of juice and other sweet drinks, which contribute kilojoules to the body but don't reduce hunger.