Is bottled water better for you, or just clever marketing spin? 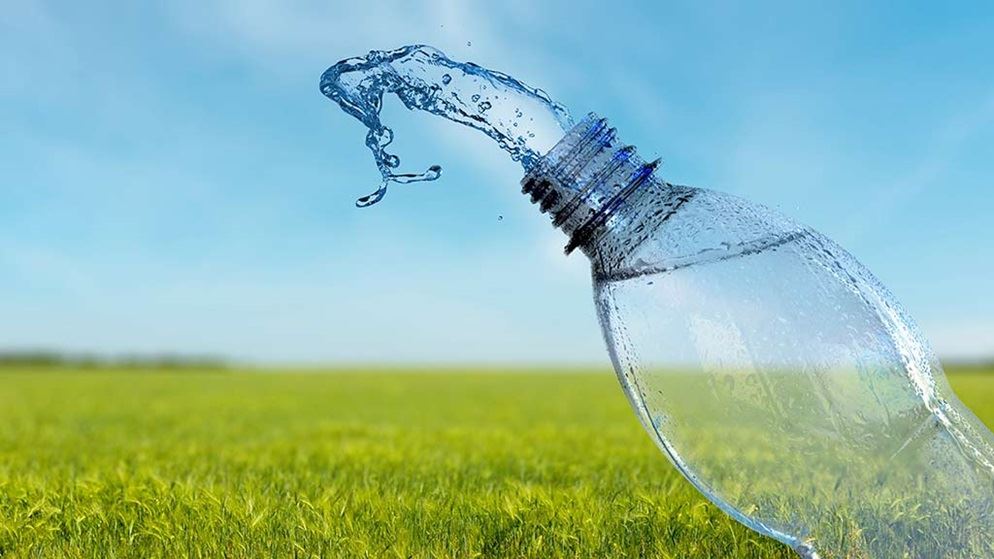 Correction: an earlier version of this story incorrectly claimed that the Pump water brand was bottled tap water. Pump water is spring water.

It's been hailed as the marketing triumph of the century – getting people to buy bottled water when they can get it from a tap at a fraction of the price. This year alone, beverage companies are expected to rake in a cool $688 million from sales of bottled water, and that figure is expected to bubble over even further in coming years.

So how has it come to be that bottled water is so popular? After all, bottled water is no better at hydrating you than tap water, and it's not any healthier either. Taste tests have also shown most people can't even tell the difference between bottled water and tap water.

And if all that wasn't quite enough, it all becomes a little more extraordinary to think that some beverage companies source their water for bottling from ... the humble tap.

So why are people paying almost 2000 times the price for bottled water?

In this article, we explore:

"The bottled water companies aren't telling us their water is any better than tap water," says Paul Henry, an Associate Professor at the University of Sydney's Business School and an expert in brand management. "People make that association from the imagery and the labelling that it comes with."

Elizabeth Royte, author of Bottlemania: How Water Went on Sale and Why We Bought It, agrees. She says it's easy for beverage companies to make consumers feel bottled water is superior to tap water by giving their water a clean and pure image.

"Bottled water companies use names and images that either subtly or overtly evoke purity and links with nature, and consumers might presume these to be 'better' and 'cleaner' than tap water. You'll see many images of mountains, rivers, creeks and forests on the label – the iconography of the pure and the natural," Royte says.

Take a stroll down the drinks aisle at the local supermarket and it's easy to see what Royte means. Names like Cool Ridge, Mount Franklin, and even Woolworths' private label brand, Mountain, adorn the labels of bottled water. And there's no shortage of images of snow-capped mountain ranges, waterfalls, rolling green hills and alpine lakes.

But while a brand of water might be named after a mountain, it doesn't mean the water comes from there. The water in Coca-Cola Amatil's Mount Franklin, for example, doesn't necessarily come from Mount Franklin, as the name implies. Coca-Cola actually sources its water from various springs across five different states, one of which is in Queensland, more than 1600km drive from Victoria's Mount Franklin. Another spring is no more than a two-hour drive from Sydney on the Central Coast – hardly the pristine alpine region the brand name evokes.

And then there's Nature's Best. With a tantalising name and a label featuring snow-capped mountains, the water is actually nothing more than treated tap water – and they're not the only brand doing this.

Where does bottled water come from?

There are many different types of water that get bottled up for sale: spring, mineral, artesian, glacier, rain and yes, even tap water is sometimes used as a source of water for bottling. And while a label will usually tell you what type of water is inside the bottle, beverage companies aren't quick to disclose this when their water comes from the tap.

And that's probably because there's no requirement for them to do so. While bottled water falls under the Australia New Zealand Food Standards Code, the code doesn't require manufacturers to state on the bottle what type of water it is or where the water is sourced from, apart from the country of origin.

Of course, manufacturers aren't simply bottling water as it pours out of the tap. There's usually some extra treatment, such as reverse osmosis, distillation, or even ozonation. For this reason, you'll often see something like "purified water" or even just "pure water" written on the label.

Some of the brands treating tap water and bottling it up include:

The marketing spin around bottled water doesn't just stop with the label. With the name and the imagery in place, the next item on the agenda is to get that bottle looking as appealing as possible. And what's the most appealing way to bottle water? In clear packaging, it seems, so you can see right through the contents – again adding to the perception that the water is clean and pure. Adding a tint of blue to the bottle is also a popular option.

Premium brand Fiji has taken its packaging one step further by putting a transparent label on the front of its bottles, allowing you to see straight through to the attractive island landscape on the back. Evian has followed suit, stating that the transparent labels on its bottles are "showcasing the purity of the contents".

But even with a transparent label, these waters clearly lack the elegance of the more upmarket waters, like Australia's own Cape Grim, Tasmanian Rain or King Island Cloud Juice. While these waters also sport a clear bottle, the plastic has given way to glass because, as Henry puts it, "glass denotes quality, of course".

In case you miss all the cues in the name, imagery and style of bottle used, beverage companies also try to entice people to buy their water through clever wording on their labels.

Pick up any bottle of spring or mineral water and you'll most likely find words like "pristine", "natural", and "pure" being splashed around. On a 600mL bottle of Mount Franklin, the word "pure" shows up no less than four times. And Evian likes to spruik its water with the phrase "as nature intended".

Royte says it's clear what the intention is behind the use of such emphatic words: "The marketers want potential consumers to think that tap water is unnatural."

But is bottled water actually any "purer" or more "pristine" than tap water? Not according to Stuart Khan, an Associate Professor at the University of New South Wales and an expert in drinking water quality.

"Australia is a world leader in the way we manage drinking water quality and we have some of the best tap water in the world," Khan says.

"Tap water is managed in a much more holistic way than bottled water. And the safety practices around pathogens like bacteria and viruses are much more rigorous with tap water than they are with bottled water," Khan says.

Of course, it's not all about pure mountain streams and pristine lakes for bottled water. Beverage companies also target the fitness crowd with their products, and here the association with cleanliness and purity gives way to making the impression bottled water is invigorating.

"Take Coke's Pump brand, for example," Henry says. "Just the word 'pump' gives the imagery of being able to lift you up and give you more energy, so it's perfect for the gym scene."

Pump has also sponsored dance party events – another market it seems the name is particularly apt for.

"All the beverage companies are aligning their waters with particular events. It generates habit and makes it seem more acceptable," Henry says.

Beverage companies are now turning to flavoured waters in a bid to lure in more people to drinking bottled water and extending their customer base. But while they sport energetic names like Mango Blast and Berry Storm, flavoured waters aren't exactly a healthy option.

"I certainly wouldn't recommend flavoured waters," says Dr Michael Foley, director of the Brisbane Dental Hospital and a member of the Australian Dental Association's Oral Health Committee. "They've usually got sugars and acids added to them, which can lead to tooth decay."

And it's not just the sugar that can be problematic for teeth. Food acids are also added to flavoured waters to help extend shelf life.

"The bacteria that causes tooth decay needs an acidic environment and flavoured water encourages that through the food acids they add to them," Foley says.

"Every reputable scientific and health authority in Australia endorses water fluoridation," says Foley. "Fluoride prevents cavities – it's as simple as that."

While beverage companies like to give the impression their water is more natural than tap water, environmental groups are quick to point out there's nothing natural about drinking water from a plastic bottle – no matter how many pictures of mountain ranges are etched onto the label.

For starters, there's all the water that's wasted just making the plastic to hold the water. The Pacific Institute estimates it takes twice as much water to make a plastic bottle than the amount of water it holds.

The amount of energy used to transport the water around the globe – and then refrigerate it – is another environmental concern. After all, it's a heck of a long way from the foothills of the French Alps to the fridge of your local corner store. But even with locally sourced water, the food miles involved can be staggeringly high, with the water needing to be transported from its collection point to a bottling plant and then on to a warehouse before it finally makes its way to the supermarkets and other retail outlets.

"Bottled water is often consumed away from home and there are very few facilities where you can recycle water bottles properly outside of your house," explains Jon Dee, founder of Do Something! and campaigner against bottled water. "So they usually end up getting dumped in the bin or end up as litter."

Cut your bottled water use

If you want to cut your own use of bottled water – and save some money in the process – follow these simple tips: