If you don't want the NBN but still want a home phone, read on. 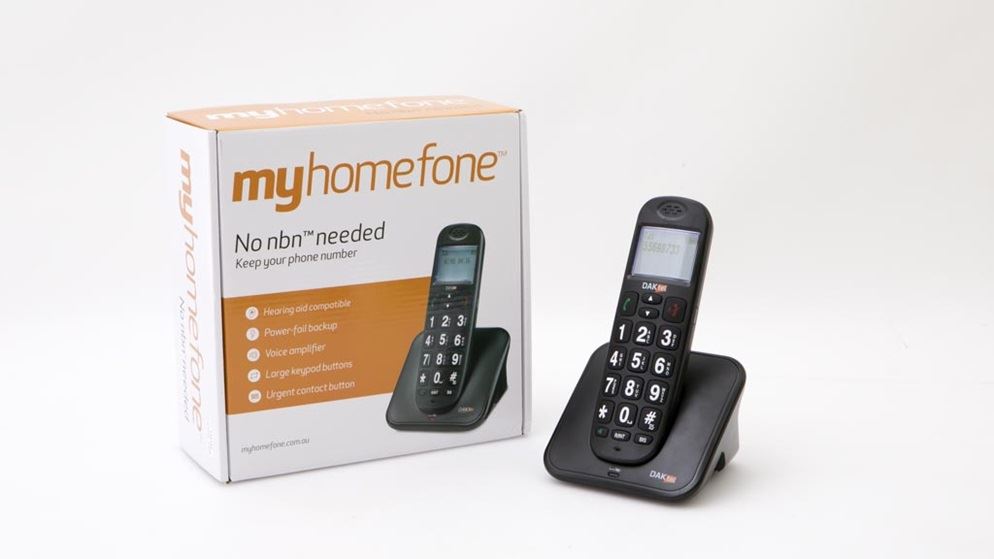 As the National Broadband Network (NBN) continues to roll out, you may be faced with the dilemma of what to do with your home phone.

You can choose to either get the NBN or not, but if you don't get the NBN you can't keep using your old home phone for ever.

Confused about the NBN? We answer your NBN frequently asked questions.

What's happening to your phone line?

The existing telephone system of copper wires snaking throughout the country will either be retired from service or repurposed as part of the NBN for areas that will use a multi-technology mix. Multi-technology mix is code for "the government can't or won't go to the effort of getting the fastest possible connection to your home". So you'll need to find an alternative.

What are your home phone options after the NBN?

Myhomefone is a mobile device that looks like a cordless phone and operates using a local area phone number, but is connected to the Telstra 3G network.

The handset sits on a base station that contains a Telstra 3G mobile network SIM card. This is how you live without the NBN – all your calls will be made via Telstra mobile. While this sounds complicated, Myhomefone helps hide the technology by routing the calls to your Myhomefone local number. Your friends and family can keep using your existing landline number to call you and you simply dial out just like you would on your current home phone. 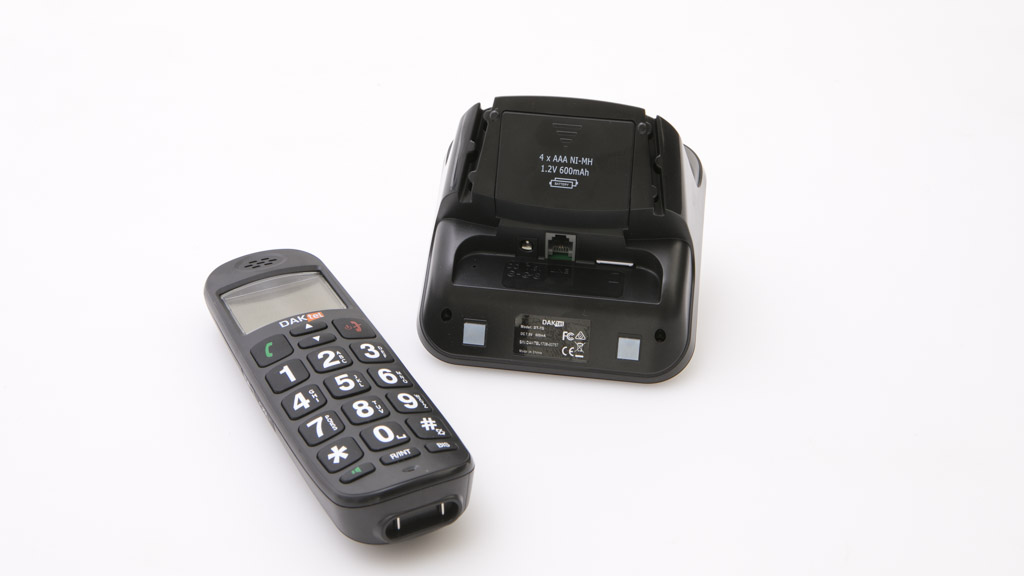 Use it with your existing cordless phones

If you already have a few cordless phones spread throughout the home, you should be able to use them with Myhomefone as long as they support the DECT protocol, a common feature on most cordless phones – except Uniden branded models.

You never own the phone; you rent it, much like in PMG or Telecom days of yore. You get a cordless phone handset, with large buttons, reasonably clear display and sound quality, and a configurable SOS button for emergencies.

Until recently, the Myhomefone would cost $99 for a one-off connection plus $55 monthly subscription that included unlimited calls to local, national, and mobile numbers. While this was cheaper than an NBN phone-only plan, it delivered a phone that was much like any other cordless phone, with a couple of bonus features for added peace of mind and security.

Some users felt this plan was too expensive and let us know in no uncertain terms, which was good feedback. Others said the whole system was useless as other solutions were available with some effort and technical expertise. This last criticism sort of missed the whole point of offering a solution for people who either couldn't or wouldn't jump through the various processes to get a solution for a simple cordless phone with a landline number.

The following is a response from DAKtel, the suppliers of the Myhomefone product: "We did take on board CHOICE comments and some of the consumers' comments, and have also been able to get a better plan from the supplier and we have also lowered the connection fee."

As a matter of full disclosure, CHOICE didn't approach the company, this was a response to our review and the comments from CHOICE members. We've left the previous pricing information above so you can make up your own mind. Those who see no point in having this sort of solution will continue to question its usefulness. But if the concept does appeal, the lower prices are significant and shown below.

This is a good option if you don't make any calls out or overseas, but still want a landline for people to call you. After an initial connection cost of $49.95, it's $29.95 per month with a straight 10 cents per call to landline numbers and mobiles including 1800, 1300 and 131 numbers. The total minimum cost is $139.80 for three months, which is the minimum commitment.

If you don't want a mobile phone but do want to keep in touch with everyone, this is probably the best option as all calls to and from mobiles and landlines are included in the $39.95 monthly plan with the same one-off connection fee of $49.95 for the phone and a minimum commitment of three months, making the total minimum cost $169.80.

If you want to call overseas there's also an option for 300 minutes a month (for $10 extra per month) to 22 countries including China, New Zealand, UK and the USA.

We tested Myhomefone as we would any other cordless phone and it stacks up quite well. It's easy to use, but does have a few downsides compared to regular cordless phones:

Although it is technically a mobile phone, you can't send or receive SMS text messages and it only works within range of the base station, so you can't leave home with the handset and use it as you would a regular mobile phone.

The documentation supplied is enough to get you up and running but doesn't detail most of the settings that you may want to change, such as the ringtone.

It's still not cheap compared to a $50 mobile and a $30 unlimited talk and text plan, but it's much better with the latest pricing changes. The most important point to make is you have a landline number and you're using it on a handset that's large enough to use comfortably with clearly marked and spaced numbers. So if you don't want the NBN and do want to keep your old home phone number, Myhomefone still presents an interesting and pain-free way to keep things as they used to be.

Video: Can I keep my existing number on the NBN?