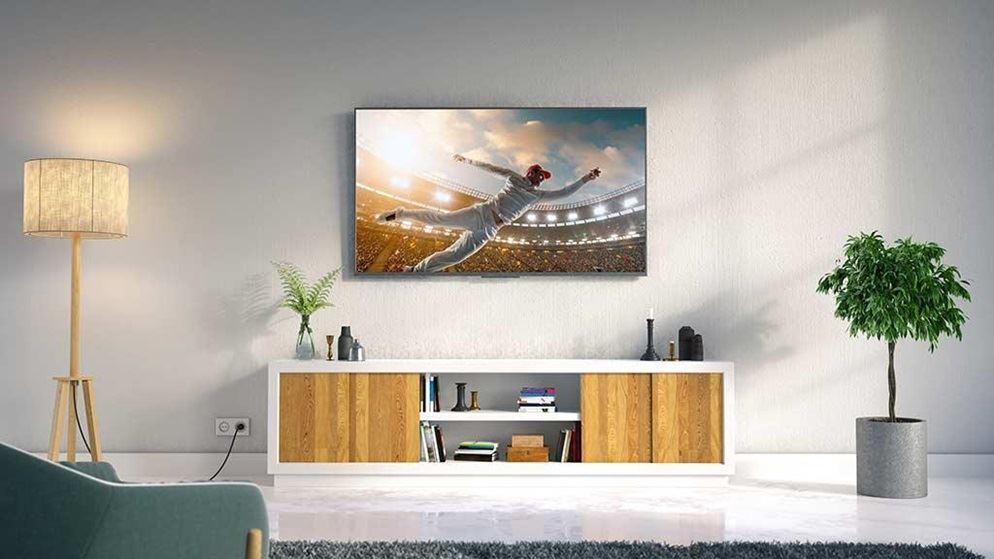 How do you know what to choose when shopping for a new TV or computer monitor? We’ve put together this brief guide on what you need to know, so you can screen-shop with confidence.

The industry jargon you face can be bewildering. It can seem like you have to wade through an alphabet soup of acronyms and terms such as HDR, UHD, 4K and OLED, resolution, aspect ratio, pixels, and panel technology. And storefront sales staff might not know any more than you do.

Here are the key things you need to know:

Resolution is the total number of pixels (dots) on a screen, usually expressed as horizontal (width) times vertical (height) or W x H. For example, 1920 x 1080 means 1920 pixels horizontally and 1080 pixels in height.

A TV's resolution affects the quality of video you can watch, though it's just one of many factors. Most modern TVs will be at least 720p and more likely 1080p (that's 720 or 1080 pixels high). Some have even higher resolution.

For a computer monitor it's different. Many programs, such as web browsers, word processors, and suchlike are designed for parts of their user interface (UI) to be a certain number of pixels wide or deep. Dropdown and popup menus, tool boxes and alerts, for example are designed to be a particular size in pixels.

The higher the resolution of your screen, the more pixels it has and the smaller they look. On a very high resolution screen, these items can look too small, unless you can tell the program to make them larger. Some modern programs (and your Windows or macOS operating system) allow you to increase just the size of text, icons and menus to your liking, while keeping the rest of the screen at high resolution.

Lower resolutions (fewer pixels) make everything look bigger, no matter what. If you view a computer screen at low resolution, you might end up with a menu bar at the top of a web page or other program that takes up a third or more of your screen.

Looking for the best TV? We review smart models from LG, Sony, Panasonic and more in our TV reviews.

Here are some of the more common resolutions for computer monitors and TV screens, along with all the names they're known by:

This resolution is used for video streaming, although it originated as a TV standard in the USA. If your internet connection isn't fast enough, most streaming services will lower the stream resolution to let you keep watching.

This is the Standard definition resolution used for most broadcast TV channels in Australia.

Once the height of tech, this version of high definition is now for cheaper TVs.

1080p is a good mixture of image quality, utility and price – you'll find it on decent large-screen TVs and mid-range computer screens.

Commonly used by gamers and found on upper-range laptops. This is a good resolution for a computer monitor, but rare to find in TVs. It's called Quad HD because it has four times the pixels of a 720p display.

This is the resolution found on premium quality large-screen TVs and high-quality computer screens. There still isn't a lot of video content that can make use of this many pixels, but there's more every day. It's most readily available on UHD Blu-Ray discs, but is starting to become available on streaming services such as YouTube and Netflix (for which you need a fast internet connection). 4K Ultra HD gives you four times the resolution of 1080p.

5K is used for some large high-quality computer monitors, but not TVs. Professionals find this useful for high-quality image and video editing.

While we're getting used to 4K, the 8K standard is waiting in the wings. There are few 8K screens and even less 8K content. This resolution is more about the future than the present, though Japan has already started broadcasting some content using it.

Pixel density compares a screen's resolution to its size and finds the number of pixels per square inch (ppi).

The closer the screen is to your eyes when you use it, the higher you want the pixel density to be. A 1080p TV screen that measures 55 inches diagonally (big, but not huge) is around 41ppi. But a smartphone with the same resolution and a 5.5-inch screen has around 410ppi.

Both are acceptable for how you use them, but you wouldn't want a smartphone with 41 pixels per square inch, and a TV with 410ppi is unheard of.

It all comes down to viewing distance. You may have heard of Retina Display, a marketing term registered by Apple to denote a screen with a pixel density so high (approximately 300ppi or more) that the human eye is unable to see individual pixels at a normal viewing distance. Many modern screens (particularly smartphones) have the resolution of a Retina Display, or higher, but without the catchy name.

Aspect ratio is how square or rectangular the screen is. The most common is 16:9, which means for every 16 pixels along the width, there are nine along the height. This is commonly used for widescreen TVs. All the display resolutions mentioned above are 16:9.

For screens, hertz (Hz) denotes how many times the screen is refreshed per second. While 60Hz is commonly acceptable for TVs and computer screens, some utilise 120Hz to reduce motion blur for fast-moving scenes. On a computer monitor you're unlikely to need more than 60Hz unless you're an avid gamer.

The technology your screen uses to create an image makes a big difference, but it can be confusing telling them apart by their names or to see the difference in a brightly-lit retail store.

Plasma screens were among the first to popularise large screen TVs and may still be around in people's homes, but are no longer sold after being pushed out of the market by lower-cost LCD screens.

Liquid crystal displays (LCDs) are the most common for both TVs and computer monitors. However, they're rarely advertised as just LCD anymore and currently come in two main variants:

Organic light emitting diode (OLED) screens use a different technology to LCD. They're usually more expensive and can provide superior contrast and viewing angles, as well as being slimmer. While OLED isn't quite as bright as QLED or LED, it's particularly good at providing deep, inky black tones for higher contrast.

High dynamic range (HDR) is increasingly built into new screens and provides vivid, lifelike images. It's not a display technology in the sense of LCD or OLED, but significantly increases the brightness and colour range of a video or image. However, whatever you're watching also needs to have been shot and recorded in HDR for the screen to benefit.