What to look out for when faced with a wall of screens. 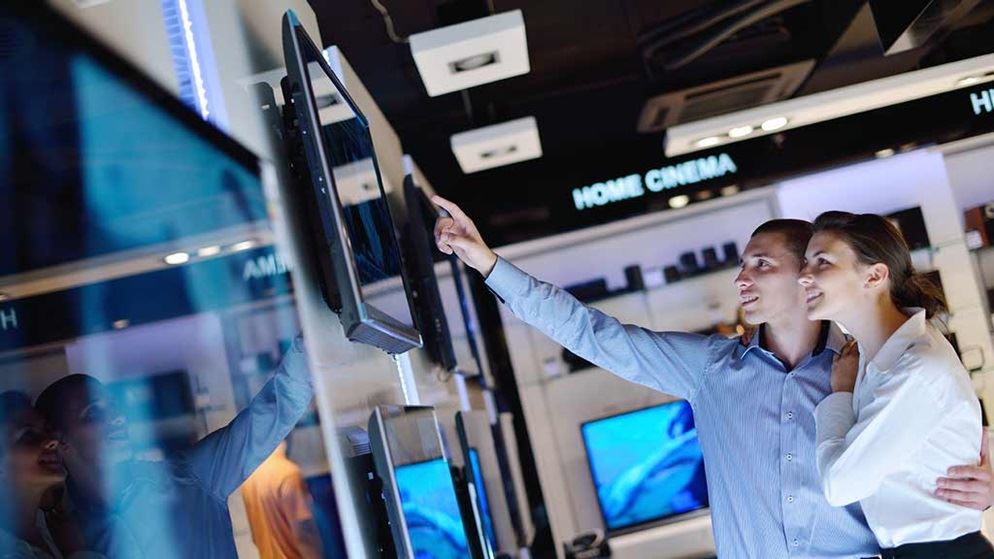 Checking TVs on the shop floor

The Australian TV market is dominated by Samsung, LG, Sony and Panasonic, in roughly that order. The smaller players you'll see in major retailers generally try to position themselves at the cheaper end of the market.

Very cheap TVs outside the major brands of Samsung, LG, Sony and Panasonic don't make it into our lab for our TV reviews as often as we would like because we're limited in the numbers we can test each year. However, even the bigger brands are now producing cheap models to compete at the low end of town and some of them exhibit the same faults and poor performance of the lesser known brands.

So if you're keen to save money without being stuck with a second-rate screen, we suggest you begin by insisting the store allow you to see a free-to-air broadcast in high definition (HD). You should be able to see differences pretty quickly when watching live footage, particularly sport footage, and HD footage performance will depend on both the quality of the screen as well as the TV processor.

Combine these tips with our TV reviews to find the best big screen for your lounge room.

Ten tips for comparing TVs in a store