The GPS-like Bluetooth tracking device whose success depends on success. 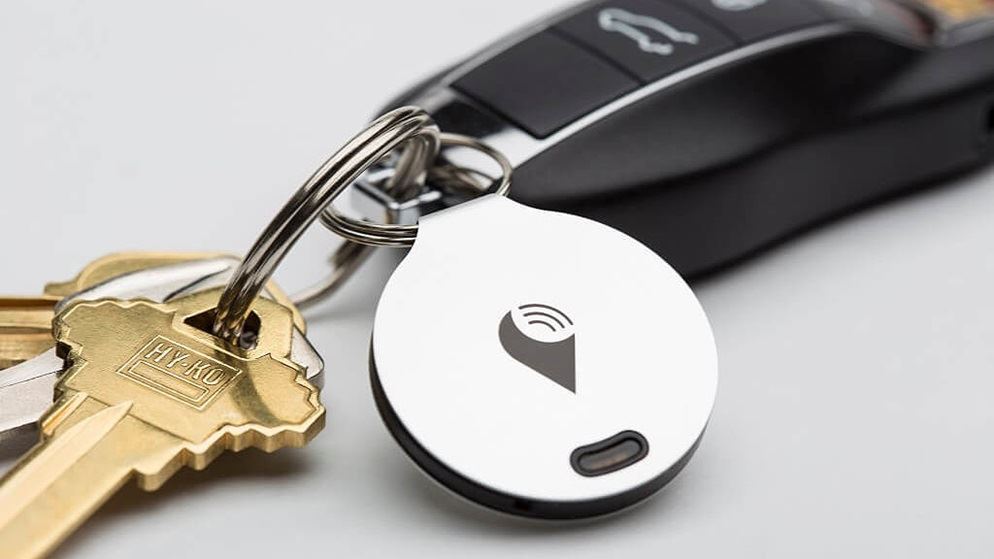 You know the sense of dread that bubbles up when you get to work, pat your pockets and realise that your keys, wallet or child (maybe not that one) are nowhere to be found? TrackR Bravo, from Indiegogo, is a new GPS-like device that wants to make this a thing of the past.

Though the idea of a small device that helps you find lost items using a smartphone app isn't exactly new, TrackR can supposedly cast a wide search net without the high-end price tag. It's a clever concept, in theory. But in practice, TrackR is something of a Clayton's GPS that's dependent on densely populated areas and high sales figures.

TrackR is a lightweight, coin-sized device that attaches to just about anything with a keyring or adhesive pad. Once it's hooked up, you can use the companion app to locate missing items within your smartphone's Bluetooth range. These methods include: 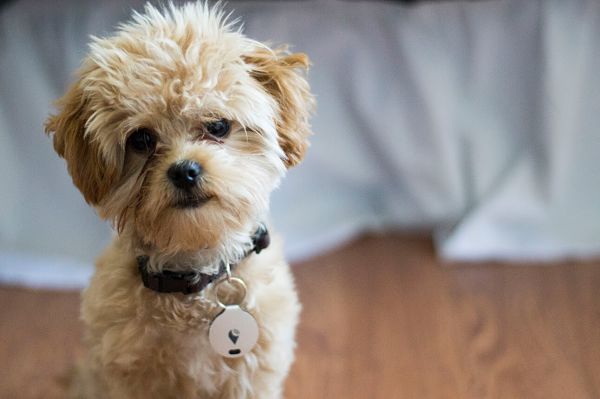 TrackR Bravo is small enough to hang from your pets collar.

You can also use it to find your smartphone. Press a button on TrackR and your mobile will start ringing.

If you happen to wander beyond the Bluetooth range, TrackR will open a map that roughly highlights the last known location of your missing item. When you return, you should be close enough to activate the distance indicator or item ringer.

TrackR doesn't have network connectivity or GPS, even though it seems to, which means you can't communicate with the device outside your smartphone's Bluetooth zone. Instead, it uses a novel tool called Crowd Locate to essentially build a GPS network with other active TrackRs in the area. The app constantly scans for all TrackRs within your Bluetooth vicinity, not just your own. If someone happens to walk by your lost item, their app will send a confidential notification to your account.

So instead of adding a costly GPS that requires 3/4G connectivity, TrackR utilises the collective ranges of other TrackR users to hopefully build a large enough combined network to locate your device. 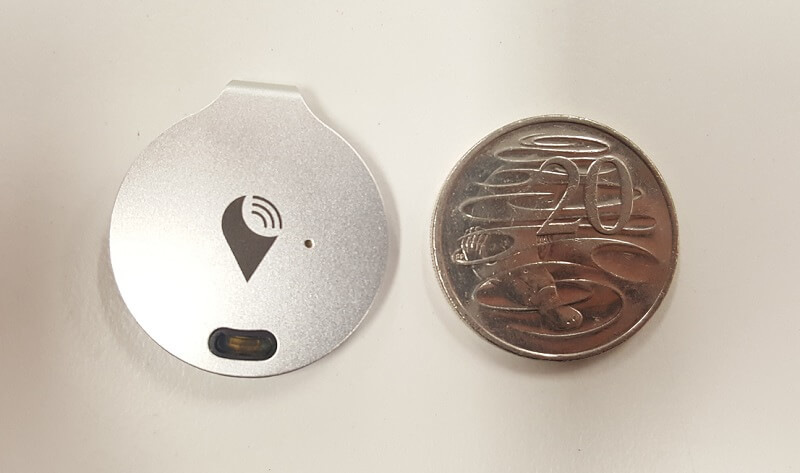 It's roughly the same size as a 20-cent coin.

TrackR works well within the vicinity of your smartphone. We activated notifications on TrackR and our phone, found items with the distance indicator and set off separation alerts with few issues outside the limitations of Bluetooth (e.g. you'll find that the signal weakens when there are more walls and rooms between you and the missing item).

But once we wandered away from the Bluetooth vicinity, TrackR became far less useful. We spent 75 minutes walking around without receiving a single Crowd Locate notification, even though the system appeared to be working correctly. This suggests that the problem isn't in the feature, but in the effectiveness of TrackR in areas with a small user base.

The app told us that there were just under 3000 active TrackR users within a 30 mile radius of our phone, which seems like a lot, but it's a fraction of the population walking around New York or Los Angeles for example. So while the idea of spreading the load across a large user base is smart, it's pretty ineffective without a TrackR account sitting in every other pocket or bag. 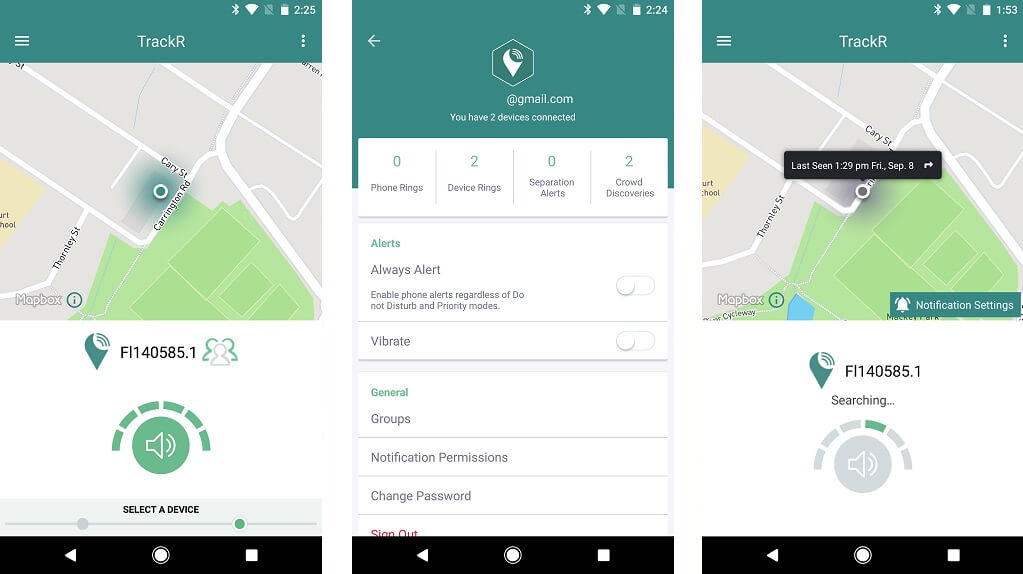 The TrackR app for your smartphone.

Family settings allow you to easily link accounts to keep an eye on other people's devices within your household, but one account cannot view another person's TrackR if they're looking at the same time. Though this doesn't nullify the value of family accounts, it limits the search function to one person at a time. However, it can come in handy if your family members don't realise they've lost an item that you're receiving notifications for.

Due to its size, TrackR is powered by a coin cell battery (also known as a button battery) similar to those used in watches, toys and other small items. A 2017 CHOICE investigation revealed that these can cause serious damage if swallowed, particularly in the case of infants. Unfortunately, TrackR's battery door is easy to locate and open. All you need is the top of a pencil, pen or fingernail that hasn't been cut down to the skin. Once open, the battery slides right out.

This is a serious issue, as TrackR is designed to be attached to the kind of items that are accidentally left on tables, chairs or on the floor – all areas within the reach of children. Parents, particularly those with toddlers, may want to consider another product. 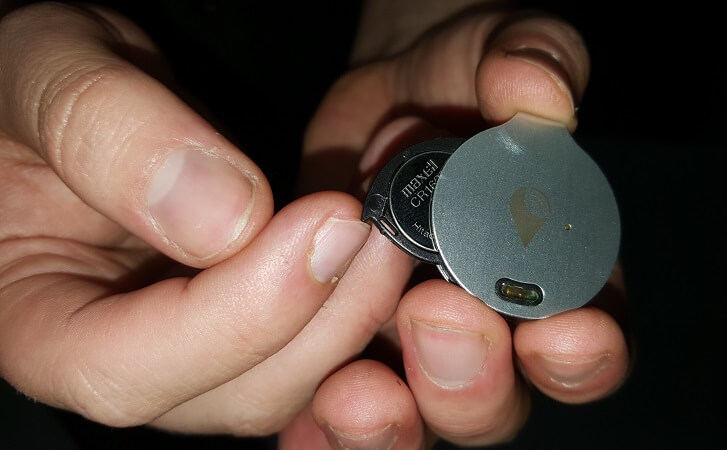 The battery latch is easy to open with a fingernail. It has very little resistance.

TrackR's interpretation of GPS has put it in a funny position. Its success depends on a large number of users, but newcomers are only going to pick it up if the product works. Crowd Locate won't work to its full potential unless more people pick it up so it's a bit of a catch-22 situation.

Densely populated markets like the US can build up a significant community with little hassle, but Australia is considerably smaller and, as our test shows, lacks the network required for you to fully utilise all of TrackR's features. Because of this, TrackR is only operating at about half capacity at this stage.

You'll still get a lot of use out of finding items within Bluetooth range, particularly if you're in the habit of forgetting to pick things up before you leave the house. But Australians can't reap the benefits until numbers pick up, if they increase at all.