Are you allowed to spy on your neighbour? Know the rules around recreational drones. 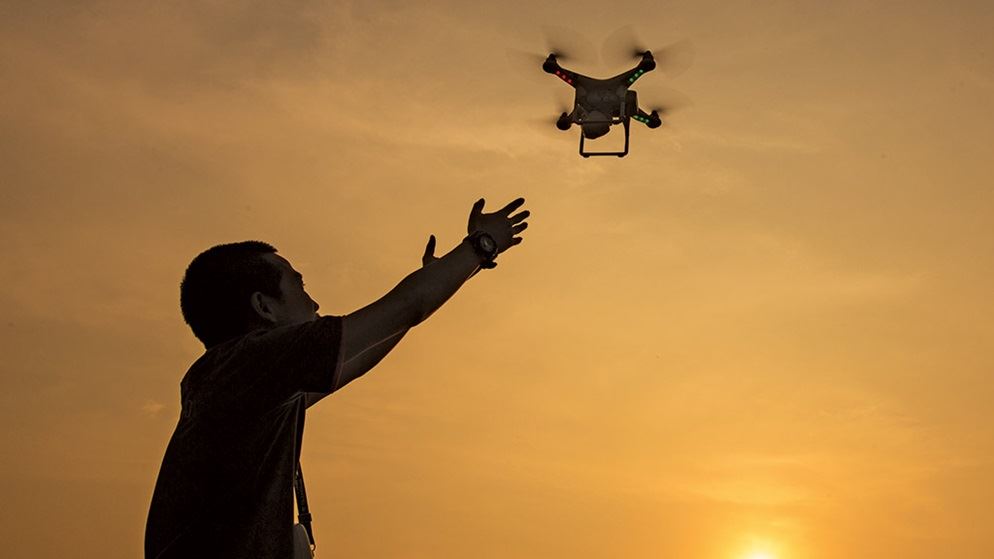 Straighten up and fly right

If the rise of drone technology in everyday life makes you a little uneasy, it may comfort you to know that pilots of commercial drones weighing 2kg or more need to be registered with the Civil Aviation Safety Authority (CASA) and have an operator's certificate before their UAVs (unmanned aerial vehicles) go zipping through the public airspace.

But it's a different story with smaller recreational drones – the ones you can now buy at retailers across Australia.

We've tested recreational and advanced drones for performance and ease of use – check out the results of our detailed review.

Here we take a look at:

Recreational drones are rising in number, and the rules around their use are pretty loose as long as you keep your UAV under an altitude of 400 feet (121m) and away from crowds, you don't fly at night, and always make sure it stays within your line of sight. CASA has put together a handy quick-reference guide that breaks down all the flight regulations for new pilots.

But what if you're on the receiving end of a drone's gaze? It's no secret that many recreational drones are equipped with cameras – and that people can be nosy. As it stands, your protection against unauthorised surveillance is limited.

The Privacy Act, for instance, only applies to organisations with an annual turnover of $3 million or more. Most recreational drone owners, it's fair to say, wouldn't meet that criteria.

So if you're wondering whether you can legally spy on your neighbours or other persons of interest with a drone, the answer is currently unclear. Anti-stalking legislation may forbid such activity in some cases, and some legal experts say recording activity on private property would be illegal in most states. Others say there really are no hard and fast rules at the moment. In any case, there's nothing encoded in law regarding recreational drones and privacy.

In search of clarification, CHOICE turned to Matthew Craven, a partner at the law firm HWL Ebsworth, who has researched and written about drone privacy issues.

"I am not aware of any case in Australia where a private individual has successfully taken action against a drone pilot for breaching their privacy, whether under the Privacy Act or under any other law," Craven tells us.

Unless the drone pilot is working for an organisation with at least $3 million in annual revenue, "it is not possible for a private individual to take action against an individual drone pilot under the Privacy Act as it currently stands".

Other laws may apply, but it could be a long shot to mount a case.

"Depending on the conduct and how the drone has been flown, other laws, such as trespass to property, may provide an avenue for redress in certain circumstances," Craven says.

And a pilot could breach state surveillance laws – such as Victoria's Surveillance Devices Act – if they use a drone to record private conversations or activities in someone's home. But again, the rules are fuzzy.

"In Victoria at least, taking video footage, without recording audio, of what is happening out in the open in your neighbour's backyard does not contravene the Surveillance Devices Act," says Craven.

New rules on the way

Meanwhile, other state and territory legislation around surveillance is piecemeal, inconsistent, and in some cases outdated. No one's really sure how existing privacy laws apply to recreational drones.

The Civil Aviation Safety Authority tells us it plans to review recreational drone regulations and potentially have new ones in place by the end of the decade, although the federal agency has no jurisdiction over privacy issues.

"This will take several years at least and involve public and aviation industry consultation," CASA's manager of corporate communications Peter Gibson tells us.

Gibson says personal drones have yet to become a public menace. "With the number of recreational drones increasing we are seeing more safety incidents, but there isn't a flood of complaints by any means."

CASA has issued infringement notices to recreational drone users and delivered warnings for drone safety breaches, but very few in proportion to the number of drones out there. Fines for illicit drone activity very depending on the circumstances but can reach as high as approximately $9000.

If you can, join a local model aero club. Members are likely to be the most educated about where the laws are at for drone operation and when they change, and there could be other benefits, such as insurance cover. Plus you'll get to hang out with people who are just as enthusiastic about drones as you are.

Tighter drone regulations would be a welcome development for the Australian Association for Unmanned Systems, which released a report in May 2015 calling for a ban on the use of drones to record private activity, or activity that happens when people wouldn't expect to be watched or recorded.

And a 2014 federal government report recommended that retailers who sell drones include a pamphlet that "should highlight remotely piloted aircraft users' responsibility not to monitor, record or disclose individuals' private activities without their consent". It also recommended that new legislation be introduced to protect against privacy invasion by drones by July 2015, although that hasn't happened.

What are the current rules?

Droneflyer is a handy UAV flight-safety resource you can refer to. An app is also available so you can double-check regulations on-the-go. Different rules apply for larger models and drones used for commercial purposes.

Q: Can I drop off a parcel or other item with a recreational drone?

A: Yes, as long as the operation doesn't pose a risk to people, property or another aircraft..

Q: Can I fly my recreational drone over a sporting event, a busy beach or other heavily populated areas?

Q: Can I take photos or videos of people with a personal drone?

A: The legal view on this varies depending on who you talk to. Whatever the case, there's currently no specific piece of legislation that protects the privacy of individuals against recreational drones. However, you can make a privacy complaint to the Office of the Australian Information Commissioner.

Q: Can I use my recreational drone for commercial purposes?

A: Yes, but you'll need to give CASA five days notice that you plan to do so, apply for an aviation reference number, and follow the rules that apply to all recreational drones.

Q: Can my neighbour take video footage of what's going on in my backyard without my knowledge?

A: The legal view on this varies depending on who you talk to. Whatever the case, there is currently no specific piece of legislation that protects the privacy of individuals against recreational drones. At any rate, we don't recommend you record footage of anyone without seeking permission first.

Q: Can I fly my drone over an airfield?

A: Recreational drones weighing more than 100g can't get any closer than 5.5km to a towered airfield or other high-security area.

Q: Can I wear virtual reality style, first-person goggles while I pilot the drone?

A: No. Some brands send a live video feed to first-person goggles worn around the head, to provide an immersive viewing experience. It's illegal to wear these while piloting your drone, as CASA regulations require you to maintain a direct line of sight at all times. In this instance, a friend of family member can wear the goggles.

Q: Can I fly more than one recreational drone at a time?

Playing nice with your drone

Drones have been used in Australia by law enforcement agencies, the CSIRO and other science organisations, the media, animal rights groups and others. But drones have also run amok. In 2013, a recreational drone crashed into the Sydney Harbour Bridge, resulting in an $850 fine for the operator. In 2014, a triathlete in WA was allegedly struck by a malfunctioning drone, and in February 2016, a personal drone crashed during a ceremony at the Australian War Memorial in Canberra.

You can report drones operated unsafely to CASA, though the agency has no jurisdiction over privacy issues.