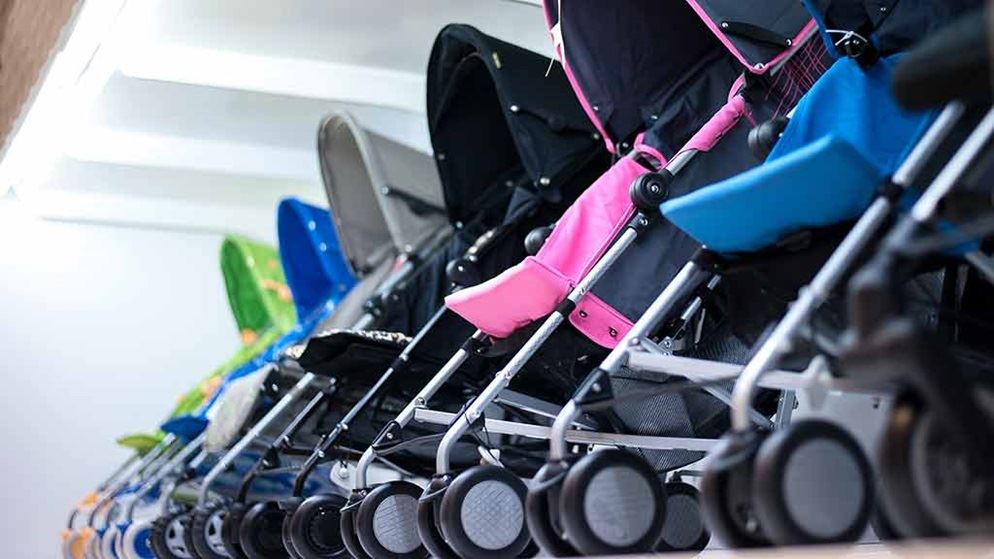 Voluntary standards should be mandatory

The prams and strollers that failed CHOICE testing

People can get hurt when a country doesn't have the right product safety standards in place.

You may be surprised to learn that Australia only has mandatory standards in place for a limited number of products, and they don't always cover all the safety risks.

Our latest prams and strollers test found that 18 models failed our safety tests.

The year they were tested is in brackets*

*The CHOICE pram test is an ongoing test, adding new models on a regular basis. Some models tested in previous years may have been updated since we tested them, but because of the risks we believe these prams present to children we think it's important to flag these products may still be available in shops or in people's homes.

Why did these models fail?

These 18 models failed our test mostly because of the buckle on the stroller's harness. The buckle's design fails to separate the straps and prevent them from forming a loop, which is a potential strangulation risk.

This safety feature is currently voluntary for manufacturers, but we think it's time for it and other safety standards on babies' and kids' products to become mandatory.

The models that didn't meet our standards for keeping babies and kids safe range in price from $250 all the way up to $1899 – yet more proof that the price of a product isn't always a reliable indicator of its quality.

Which prams passed the test?

There is some good news: six of the nine models we recently tested passed our more stringent safety standards. We've added these to our recommended prams and strollers.

When it comes to products for babies and kids, the need for tougher rules to prevent injury speaks for itself.

As it stands, there are no mandatory safety standards for a list that includes the basics that most parents would own: bassinets, cot mattresses, high chairs, change tables, baby bottles and teats, safety gates and barriers, backyard play equipment, baby carriers and slings and play pens.

The mandatory safety checks were written almost 20 years ago, based on stroller designs that are far different from today's.

And when it comes to prams and strollers, the mandatory safety checks in the Australian market were written almost 20 years ago and were based on stroller designs that are far different from today's.

We think it's time for an update, which is why standards that may be voluntary for manufacturers are mandatory in our CHOICE testing labs.

We've long been advocating for the introduction of a stronger product safety law. One that would require businesses across the marketplace to make sure the products they sell are safe before they go on sale.

The way it works now is that businesses can wait until someone gets hurt before considering a recall.

It's time for Australia to join countries such as Canada, the UK and the EU on the matter of product safety law.

The story stays the same

In previous CHOICE tests of babies' and kids' products, once again the failure rate did not reflect well on the industry's commitment to high standards of safety.

We think it's time the baby and child goods industry lifted its game.