How we judge Shonky nominations

First and foremost, a nomination has to meet one or more of the following Shonky criteria:

We can prove it

We receive a lot of nominations where someone has misread or misunderstood some instructions or terms and conditions, say. Sometimes people swear something has suddenly changed for the worse (more expensive, smaller, fewer features), yet there’s no record of what the product or service was like before to compare with. And their shonkiness has to be objectively quantifiable or measurable. We get a lot of Shonky nominations for things that can't possibly work, but haven't been tested and/or would be difficult to test.


It affects a lot of people

Beryl the local hairdresser giving you a dodgy hair colour last Saturday doesn't affect very many people, but a Coles $10 meal deal that actually costs $37.74 does. And it has to be more than just a one-off. We will buy and test a Shonky-nominated product accused of poor performance – and just as when we find a product that performs poorly in our normal lab tests, we buy and test another of the same model to ensure we didn't just happen to buy the only dud one produced.

Products that meet one or more of these criteria make it to the short list. From there we look at how the issue will resonate with consumers, as well as government authorities and the media, which have the power to prod companies to pick up their act. We've had a number of victories for consumers this way.

The best – or should that be worst? – of these end up being our Shonky Award winners. 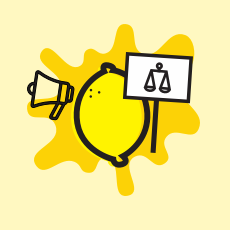 Your member fees and donations are used to support CHOICE in ensuring the consumer voice is heard loud and clear, and improving the lot of Australian consumers.