The Scrubba claims to be a portable washing bag, but how well does it work? 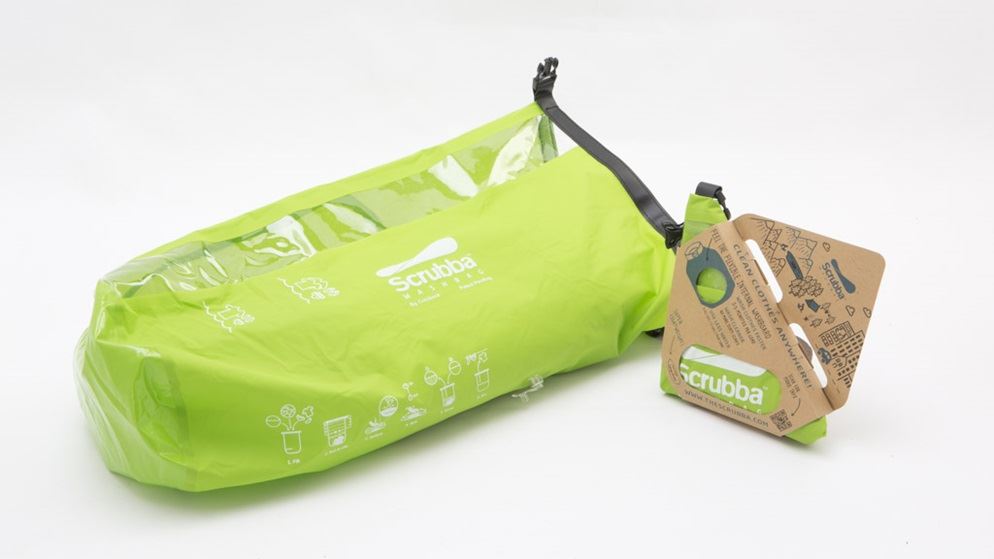 Anyone who's travelled knows the feeling. After a few days of pounding the pavement, mountain trails or shopping malls, you start to feel the grime of being a tourist. If you're somewhere with a local laundromat, you're going to have to brave a visit, or else mortgage yourself for the hotel laundry prices. But now there's another option – just bring a wash bag that has a built-in washboard.

Hitting the road and travelling light? We pitch multi-person tents in our tent reviews.

If you're travelling for business, you may need to spend the money on your hotel's laundry service to keep your shirts and smart, tailored items looking fresh. But for casual travellers, clothing doesn't need to look perfect, especially if you're away from civilisation. The Scrubba – an Australian invention – may be just what you need.

The Scrubba is a sealable, waterproof bag with an opening at one end where you put a small amount of clothing, warm water and detergent. You then roll it up, push out the air, and push down on the bag to rub the clothes against an internal washboard. The washboard is made of a stronger plastic that has small blunt spikes to create friction and loosen dirt.

Once you've pushed and rubbed the clothes long enough (for 30 seconds to quickly refresh them, or up to five minutes to clean) you untie the bag, empty it out and rinse the clothes off.

Dry the clothes, and you're ready to go get them dirty again.


So how well does it wash?

We tested the Scrubba with three small towels. We attached soiled swatches to the towels and followed the instructions, using powder detergent. We removed the swatches from the towels after using the bag for three minutes. After drying the swatches, we used a spectrophotometer to read how much soil had been removed.

The Scrubba removed about as much dirt as our worst performing top loading washing machine, so this little bag is removing dirt – just not much. Although it's not a great result, we think you could improve it with better quality detergent (maybe a liquid so it dissolves quicker), water that's a bit warmer than we've used, some more scrubbing, or all three.

The Scrubba works, and with some experimentation – perhaps some extra scrubbing and better detergent – we think it will get your clothes clean. If you're happy carrying another piece of travel gear in your luggage and don't mind the limited capacity, it's certainly going to save you some money over hotel laundry costs in the long term.

If you're some distance from any laundry facilities – if you're camping, for example – this may be one of the better solutions available. However, if you have access to a local laundrette you might prefer the connection with the locals and the ability to wash more clothes at once.