What to do if your solar company goes out of business

Thousands of solar systems in Australia have been left stranded by solar companies that have been wound up. 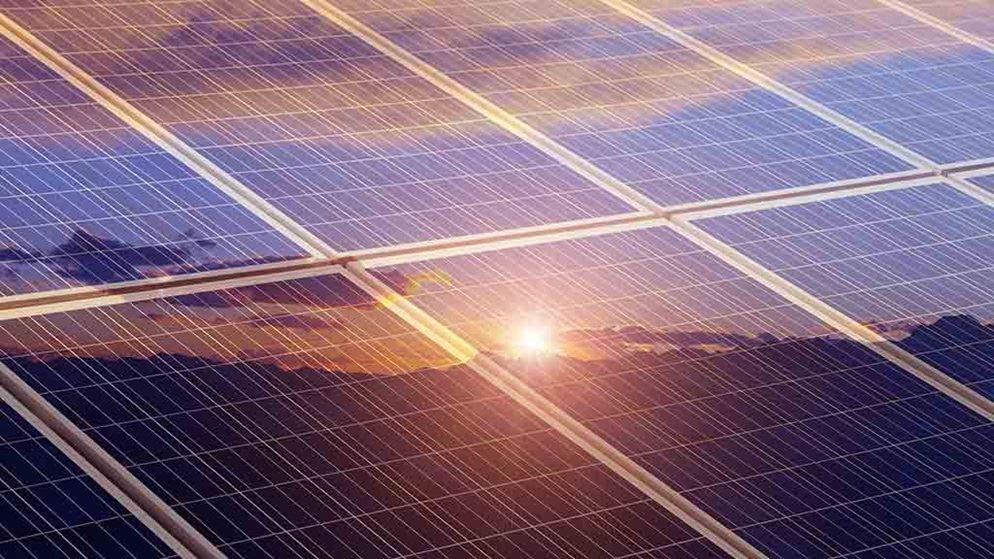 Please sir, can I have some help?

Are you stranded with a faulty solar PV system that should still be under warranty but the solar company has been wound up?

There may be hundreds of thousands of solar systems across Australia 'orphaned' in this way. We advise how best to avoid this, and what to do if you're in this situation.

The problem of disappearing solar companies

CHOICE Help, the consumer advisory service for our members, hears from a lot of solar owners with various issues but at least 10% of these involve companies that have liquidated, leaving the member with a faulty system and little recourse.

Fair Trading NSW confirmed that in the last financial year they've had 29 complaints about liquidated or deregistered solar companies and 245 complaints about refunds, repairs and warranties in the solar industry.

The boom-and-bust nature of the solar industry, often due to the prevailing government policy, has led to many honest and not-so-honest companies going under.

Markus Lambert, general manager of solar and energy at LG, has been compiling a list of ASIC notices of companies with 'solar' in their name that are in liquidation or proposed deregistration since 2011.

Lambert estimates that there could be approximately 600,000 solar PV systems 'orphaned' this way, out of the approximately 1.9 million installed in Australia. That's about 31%.

Finn Peacock, a chartered electrical engineer and solar energy expert, has watched companies rise and fall in the industry for more than 10 years and says many genuinely run out of cash.

"Solar is hard on cash flow and margins can be slim. One big commercial job that goes bad or is not paid for can kill a company."

What to do if your solar company goes bust

Peacock says Solar Quotes can provide the contact details for a good solar electrician who will come and diagnose the problem for about $200–300 dollars. If the sparky finds that the problem is with the panels or the inverter, then the warranties pass to the manufacturer or importer.

In July 2015 CHOICE member Jo (not her real name) was cold-called by Elite Solar and Electrical Services Pty Ltd trying to sell her a solar PV system for her pig farm in central Victoria. She took the bait and paid $29,000 for a 15kW system but, to her chagrin, there were major problems from the outset.

Parts were missing and it took a long time to get the system connected to the grid. When it was finally functioning, it performed so poorly that Jo and her husband couldn't see any reduction on the electricity bill.

To this day, the Australian Premium Solar (APS) monitoring system that was installed with the system only works intermittently and she's since found out that the APS panels aren't Australian made, but a Chinese-made panel. (They're not included in our solar panel reviews.)

Now, the system sits idly on the shed roof barely alive, while another system Jo had installed later through another solar company has proven itself to be far more productive and worthy of the investment.

Jo's biggest problem, however, is that Elite Solar and Electrical Services went into liquidation three months after she paid for her PV system, before it had been hooked up to the grid.

Prior to this, Jo had phoned the company numerous times to request that the issues be rectified, but in October 2015 she was told the company was going into receivership. Soon enough her calls went unanswered. She was given no other contact to follow up with and was left stranded.

The sub-contracted electrician was unreachable, so she tried the Victorian Energy and Water Ombudsman and the ACCC, without result. In December 2015, Jo contacted CHOICE for advice.

Since then, she's paid an independent electrician to look at it and try to determine what the problem is but, as yet, the three-year-old system has been a waste of almost $30,000.

In July 2018, one of Australia's biggest solar retailers Euro Solar and its parent company P&N Pty Ltd went into liquidation, a move which will 'orphan' thousands of household solar systems.

Despite Euro Solar and its parent company P&N Pty Ltd having a huge share of the market, they also have an inglorious track record.

In 2014 the Federal Court ordered that P&N Pty Ltd and P&N NSW Pty Ltd (trading as Euro Solar) and Worldwide Energy and Manufacturing Pty Ltd (WEMA, formerly trading as Australian Solar Panel) pay combined penalties of $125,000 for publishing fake testimonials and claiming the Chinese-made solar panels they manufactured or supplied were made in Australia.

(Interestingly, the address on the website for Australian Premium Solar, the panels that Jo had installed, is exactly the same as that of Euro Solar Brisbane in Acacia Ridge, Queensland.)

The sole director of P&N and WEMA, Nikunjkumar Patel, was also ordered to pay a penalty of $20,000 for his involvement in the conduct.

Euro Solar also appears regularly in the complaints register of NSW Fair Trading, which lists businesses that are the subject of 10 or more complaints received by Fair Trading in a calendar month – suggesting we shouldn't assume that all of its many thousands of customers are happy and without need of support or after-sales service.

Why solar companies are going under

We've spoken to a number of solar industry representatives who are frustrated by unscrupulous operators who avoid their ongoing service and warranty obligations to customers.

Industry veteran Nigel Morris says: "Sometimes it's bad luck, sometimes it's bad management. Some great solar companies have succumbed and done the right thing by customers – but others are blatant thieves."

"Some appear to build up a big list of debtors – then go bust to avoid paying them. In the meantime they have been paying themselves dividends and salary," says Peacock. "And others simply appear to not want to be liable for the 25-year warranties."

Lambert says some are forced to wind up the company once the poorly installed or lower-quality components begin to fail, because the business can't service them all and stay afloat. Or they never had any intention of sticking around to help anyway.

"After a few years the product fails – it usually has an 80% to 90% failure rate in a short timeframe," Lambert says.

"Then the installer's phone is very busy and if the importer of the product has stopped answering his mobile phone, the installer has the choice to pay literally a few hundred thousand dollars from their pocket – or go bankrupt."

When solar companies rise up under a new name

Illegal 'phoenixing' is also recognised as a problem in the solar industry. This is when the director of a company that winds up forms another company under a new name doing exactly the same business, without any of the liabilities or debts of the previous entity.

"In Australia it's easy for Solarshine to become Solarshinier in the wife's name," quips Lambert.

Morris has been vocal about this issue for some time.

Phoenixing is a problem in Australia – it's way too easy for a business to leave its debts and responsibilities behind and restart under a new brand, and a new website.

"There are very few cases of successful prosecutions because companies that do it tend to be very good at concealing who is really involved. And it certainly happens in solar."

Peacock says he sees a new company and website selling discounted solar systems pop up every week and wonders who is behind them all.

How cut-price solar PV systems are contributing to the problem

According to Simon Green, operations manager from solar company OTG Energy, there are now many solar retailers offering systems at prices that no quality provider can match.

"Ten percent of our business is going in and fixing up these problem systems. A lot of them aren't even functioning," he says.

"A lot of them have quality SMA inverters, but the panels are low quality and the installation itself is substandard. One of the systems we fixed up had a collapsed roof because the racking wasn't installed properly.

"The companies make their money by cashing in the STC rebates which can cover the cost of the components of the system."

The retailer then squeezes the subcontracted installer with such low margins that he or she can't possibly spend the time needed to do the installation properly.

"To make a living, the contractors are forced to cut corners to do two to three jobs per day. It's just not possible to do a quality, compliant job in that time, with all the right checks," adds Green.

The rebates you receive when you buy solar are in the form of small scale technology certificates or STCs. They are renewable energy certificates that represent one megawatt hour of solar energy production from your solar panels. They are traded and bought by coal and gas-fired electricity generators to meet their legal obligations under the Renewable Energy Target.

STCs can be claimed upfront for 13 years of solar power production. (This period will decline by one year, each year until 2030.)

When a customer buys a compliant solar system, the STCs that are generated can be traded in by the customer but it’s far more usual for the retailer or installer to do it.

STCs fetch around $590 per kW of installed solar panels at the moment. So for a 6.6kW system the sales company would receive around $3900 when it trades them, bringing down the price you pay.

Why we all pay when solar companies go out of business

It's not just the solar owners and underpaid sub-contracted installers who are left out of pocket. We all pay for STCs through our electricity bills, because the electricity generators who must buy them pass the costs on.

Green says, "Often we just have to remove and replace the panels, but the previous company has claimed the STCs for 15 years yet they've only lasted two to three years."

The sales company gets the same money for the STCs if they supply top-of-the-range solar panels that should perform for 25 years, or cheap and shoddy no-name panels that have been rebranded and may need replacing in three to five years.

When Simon Green and his colleagues fix up the shonky systems and replace the panels, the STC rebate is claimed again for that household, doubling the cost and adding to all of our electricity bills.

How to avoid a dodgy solar company

Your installer must give you a certificate of cover under the Home Building Compensation Scheme if the total cost of labour and materials is $20,000 or more. (However, we found the value of this insurance to homeowners to be negligible.)