These little white rectangles claim to prevent colours from running in the wash. But do they work? 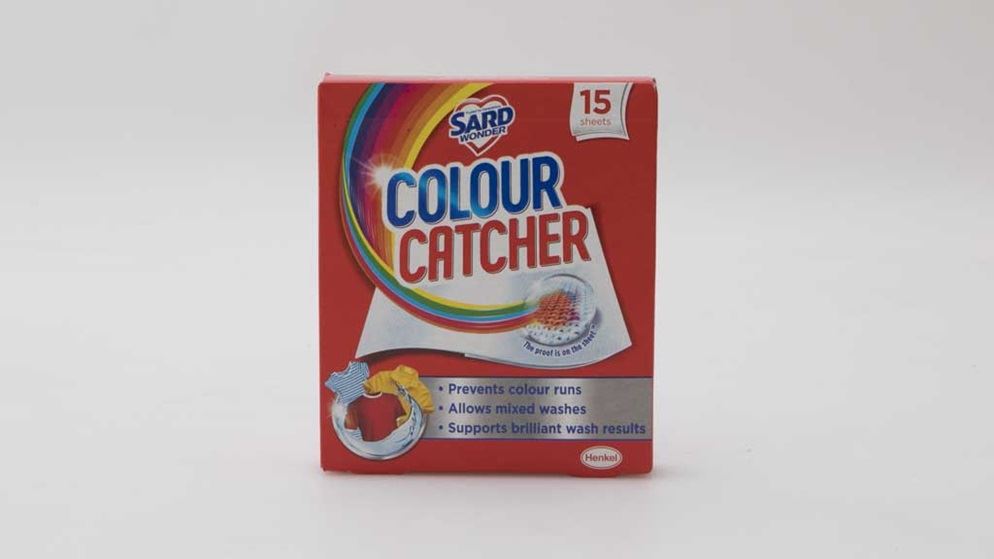 Catcher in the dye

It's 2018. Science has given us 3D printers, smartwatches and AI-powered home assistants, but we still can't put a red T-shirt in the wash with a white one without fear of creating a mottled pink monstrosity. Or can we?

Is this the end of the accidental pink T-shirt?

The Sard Colour Catcher ($3.94 for a box of 15, also sold in Australia as Punch Colour Catcher) promises to put an end to colour run accidents, finally letting us empty our unsorted washing baskets into the machine with reckless abandon while still ending up with vibrant whites.

Instead of wasting time separating dirty clothes into whites and colours, you can simply drop one of these small rectangular sheets into the load and leave it to absorb any leaking dyes, letting our light-coloured clothes emerge from a mixed wash untainted.

But does it work? To find out, our colleagues at Consumer NZ put the Colour Catcher to the test.

We all know that most colour running incidents happen when we're washing something for the first time, so we put the Sard Colour Catchers to the test with some new clothes and towels.

But while the marketing hype on the box promises "maximum protection against discolouration and colour runs", the small print explains that new products should be washed separately for at least the first six (yes, six) washes, and that bed linen, towels and jeans should always be washed separately.

So to be fair to the product, we also trialled it as per the small-print instructions, using clothes that had been washed many times before. For each trial we used a front-loader washing machine set to a 60°C cotton cycle.

We repeated the wash with a new but identical load, this time adding two sheets, following the instructions to increase the number of sheets for intensely coloured fabrics or non-colour-fast garments.

While the two Sard Colour Catcher sheets that emerged were a gratifyingly vibrant shade of purple, this seemed to have very little effect on our white cotton T-shirt (sample B below) which came out a similar shade of lilac as the first, unprotected shirt. A quick office survey revealed that 11 out of 15 people thought the shirt washed with the Sard sheets was a little whiter, but the remaining four thought the shirts were identical. 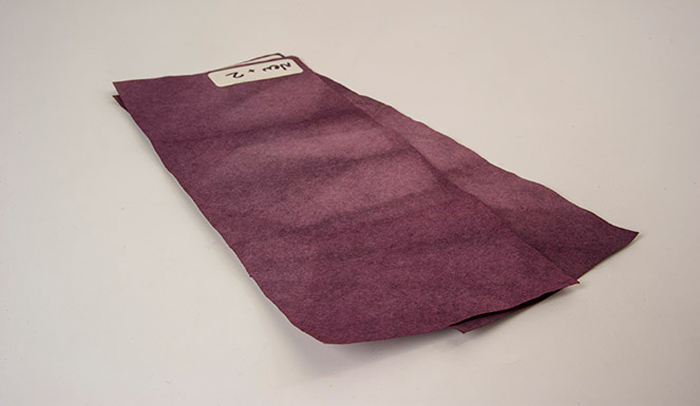 The two Sard Colour Catcher sheets after being washed with a new burgundy towel and black jeans.

This first trial was conducted mostly to satisfy our curiosity and confirms what the box states, which is that "effectiveness cannot be guaranteed where large quantities of dye run from non-colour-fast garments".

For the second trial, we decided to even the odds using the same jeans and towel that had already been through the dreaded first wash and adding a whopping six Sard Colour Catcher sheets.

Hopes were high, but the shirt in the unprotected wash and the shirt washed with almost half a box of sheets both came out lilac (albeit a lighter shade than in the first trial). This time there was even less of a difference between the two shirts, with two thirds of those surveyed unable to perceive any difference between them.

The Colour Catcher sheets came out a patchy purple colour, so they'd clearly absorbed some dye, but again this didn't seem to have a significant effect on the colour of the once-white T-shirt. 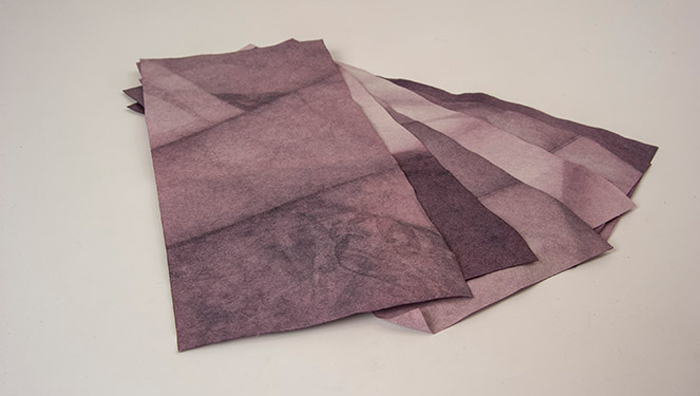 The six Colour Catcher sheets from the second trial.

After the first two trials it was clear that the sheets weren't really capable of preventing full-blown colour running disasters. This was to be expected as, despite the bold marketing hype, the small print on the box makes it clear that the product won't work on garments that leak a lot of dye. Looking at the overwhelmingly positive user reviews on Amazon, it seems that the real benefit of the product may lie in long-term use, with the sheets helping to maintain the vibrancy of whites over time.

So for our final trial, we washed a regular load of light-coloured clothes and towels with some darker garments that had been washed many times before, adding a single Sard Colour Catcher sheet. This load didn't suffer any observable colour runs, which was hardly surprising as we hadn't previously experienced any colour running with these older, frequently washed clothes.

The Colour Catcher sheet turned a pale grey, appearing to have absorbed a combination of dye and dirt from the load. While it's possible this could leave clothes brighter with long-term use, it's also possible that the colour it picked up wouldn't make a difference to the colour of the garments (as it didn't appear to in the previous two trials). 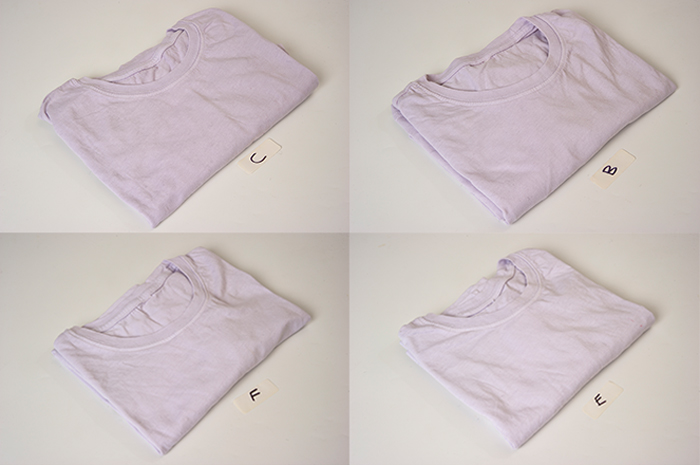 Our trials suggest that Sard Colour Catcher sheets can't be relied on to prevent major colour running disasters. Despite the hype, you'll still need to separate your reds from your whites, at least until they've been washed separately quite a few times and are no longer noticeably leaking dye.

It appears that to get any benefit from Sard Colour Catchers, you'll need to use the product consistently over a long period of time. If you use one sheet, this would equate to an extra 26c per wash, a cost which adds up to a considerate expense in the long term. But if you're willing to pay the price, you might notice more vibrant whites over time. Then again, you might not.

See our washer dryer combo reviews to find out find out which models live up to the promise of cleaning and drying your clothes effectively.