Slow-cooked meals - fast. Is this the ultimate kitchen time-saver? 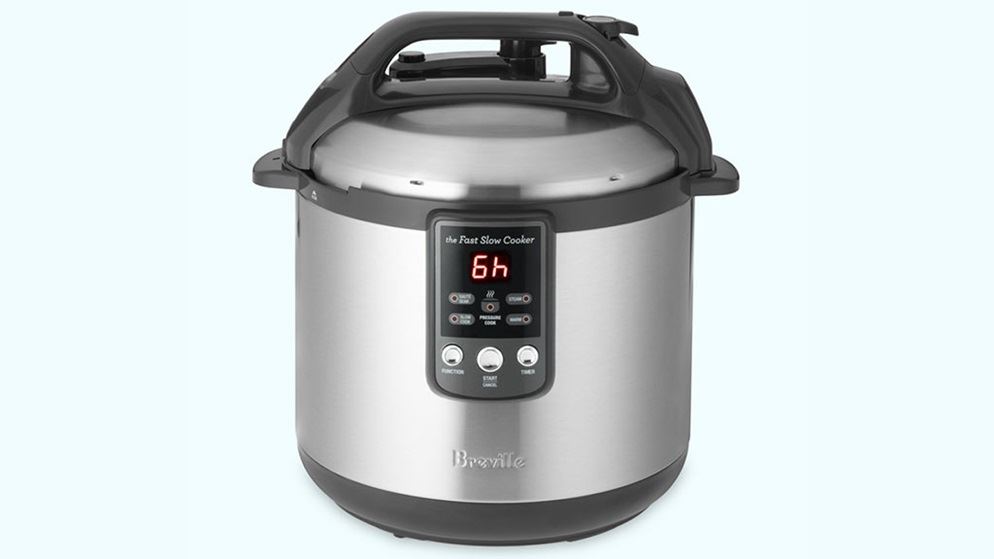 A helping hand in the kitchen


Recall notice 21 October 2015: The white silicone lid gasket on the Breville Fast Slow Cooker BPR200 has been recalled due to a risk of scalding from hot liquids if it's incorrectly installed. Affected models were sold between October 2010 and October 2015, with production date codes ranging from 1034 to 1511. Customers can contact Breville to receive a new lid gasket kit free of charge. For more information, including instructions on safe usage, see http://www.breville.com.au/recall.

We all seem to be pressed for time and when it comes to preparing a delicious home-cooked meal, pressure cookers and slow cookers are handy time-saving appliances.

With a slow cooker you can prepare your meal in the morning and have it ready and waiting when you walk in the door that night.

A pressure cooker, on the other hand, is all about speed. It uses a small amount of liquid with a sealed lid that holds in the steam and builds pressure to cook your meal, fast.

With the Breville Fast Slow Cooker BPR200 ($200), you can have the best of both worlds. It not only acts as a slow cooker and pressure cooker; you can also use it to sauté, sear and steam. It includes:

Its six-litre capacity can serve a large family. So far, what's not to love about this appliance?

Fiona Mair, home economist from CHOICE's test kitchen, put the Breville Fast Slow Cooker to the test and was impressed by its performance. She cooked lamb shanks and chilli beef in the slow cooker and the pressure cooker, as well as rice in the pressure cooker and steamed corn cobs. And the results?

The Breville Fast Slow Cooker is easy to use. It has:

It's also dishwasher safe (although hand washing is recommended) and is easy to assemble.

It's a large appliance which might make it difficult to store and to clean. The stainless steel exterior might also require a bit more effort, and cleaning around the lid can be fiddly.

Be cautious, especially when using the pressure cooking function. Once cooking is finished you'll need to press the steam release button. This will release steam until the pressure indicator rod drops, at which time you can open the lid.

Use a towel when you're doing this – you can burn your hand if it comes in contact with the steam. Also take care when removing the cooking bowl – it has no handles so it might be difficult to remove when hot.

The Breville Fast Slow Cooker is ideal if you're pressed for time, not to mention it's very reasonably priced for an appliance that offers four functions in one. You can adjust your favourite recipes to suit either style of cooking, and while it may take some trial and error at the start, the instructions that come with it offer a useful guide for converting conventional cooking times.