If you can't see how stupid these things are, you need more than glasses. 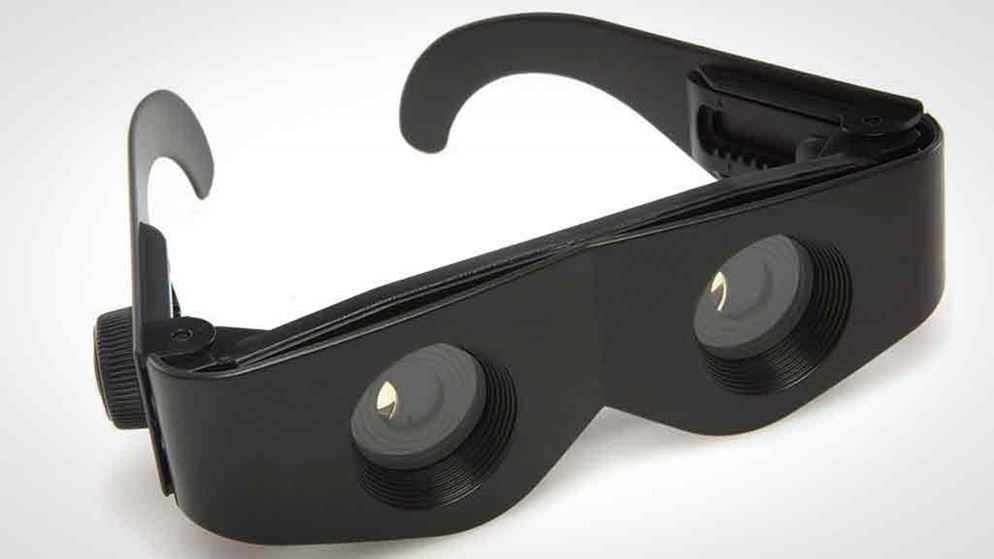 If so, then a pair of Zoomies may be just what you need. Put on these ridiculous glasses and watch your friends, self-confidence and $30 disappear without a trace.

Insomniacs and daytime TV watchers may have seen Zoomies advertised on Global Shop Direct, with claims of a set of glasses that are hands free, lightweight and magnify everything 300%.

Think of the infrared glasses worn by a SWAT team about to storm the bad guys' lair in the middle of the night. Now think of the plastic version you'd expect to find in a showbag at your local show.

The glasses unfold in all their plastic glory to be worn like any other glasses. However, if you already wear glasses, you're out of luck (or very lucky) and won't be able to use the Zoomies as they can't be placed over your existing glasses. So basically, these things are aimed at people who might need glasses but can't wear glasses while wearing them.

The Zoomies have knobs on the side to adjust the magnification, which is appropriate because you're going to look like one while wearing them. The Zoomies may be OK as a gag gift – they wouldn't look out of place on the back of a comic book next to the X-Ray glasses or Sea Monkeys – but do let your recipient know they're just a joke, to save you both some embarrassment.

The Zoomies are entirely hard plastic in construction - except for the lenses - and look and feel very cheap. They're certainly lighter than a pair of binoculars, but much bulkier than sunglasses, without the magnification you would expect even from an entry-level set of binoculars. The use of the term '300%' instead of '3X' is clearly an attempt to build these cheap kids' toys into something they're not.

Finding fault with the Zoomies is so easy it's like shooting fish in a barrel, and if you wore these, you may see the fish – only a little larger. If we could give negative stars, we would.