Going to a doctor could be the very reason your blood pressure is high! Find out how it works. 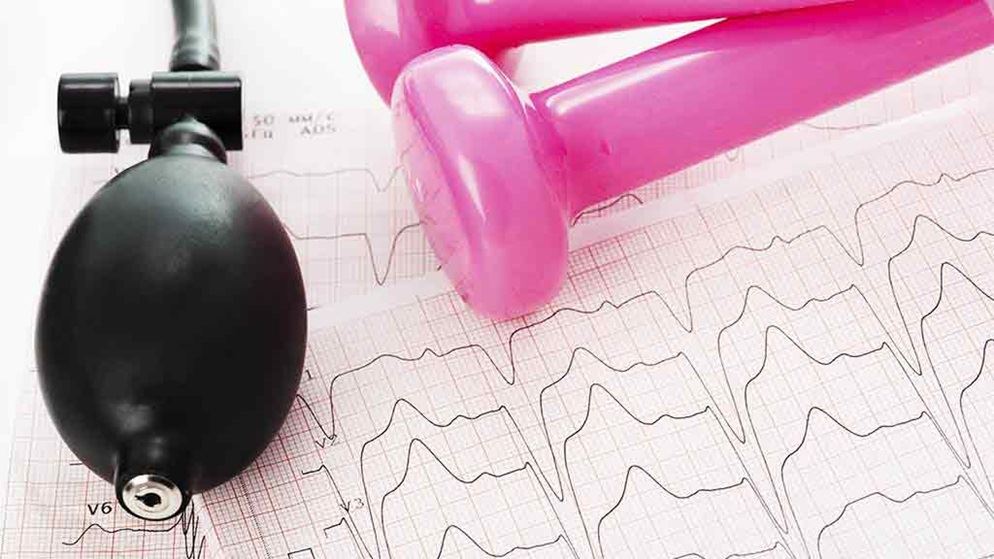 Does visiting your doctor make you anxious?

Do your blood-pressure readings seem to be higher when they're done by your doctor? You might think that this official reading might be more accurate than what you would get at home with your portable monitor, but it’s not necessarily so. You could be a victim of white-coat hypertension, also known as white-coat syndrome.

Last time I went to the doctor for a check-up, my blood pressure was 140 over something. I was shocked – I've always been around 110 or 120. The doctor took two more readings and it went down, into the 130s. Reluctant to let me leave with this sort of reading, we went on with the other stuff, and finally with reading number four I was down to 126. Good enough, but not great.

I couldn't understand this change in my blood pressure. Worse, I couldn't think of any lifestyle changes I could make to improve it: I eat a healthy diet, not a lot of salt, don't indulge in too much booze, I get quite a lot of exercise and so on.

Concerned, I ordered a wrist cuff blood pressure monitor on the internet, so I could keep an eye on the numbers. The monitor arrived in the post, and I tried it out, several times. But it didn't work very well – nothing could make it go above 114. It was usually hovering between 100 and 110. I even tried it when the kids were fighting, but it was still no good. This was rather disappointing because, even though it only cost $50, it was rated the best in testing by Consumer Reports (CHOICE's American counterpart).

A few weeks later we had some workplace health check-ups, so I took my monitor along to try it out against a proper machine, just to see how wrong it was. Voila, straight up to 136 – same as the professional one. Back at my desk 10 minutes later, it was back down to around 110.

So what is it?

The most likely explanation was white-coat hypertension. This means having an elevated blood pressure reading in a clinical setting, which drops shortly after leaving. The higher reading comes from underlying anxiety about visiting a doctor, with the term referring to the white coats traditionally worn by doctors.

Your blood pressure isn't always the same, but varies depending on what you're doing and what's happening around you. Many people tend to feel tenser in medical settings than in familiar surroundings, but don't always notice it.

Many people also associate hospitals and clinics with sickness and injury. White-coat syndrome may be triggered by the natural fear of the prospect of a painful procedure, embarrassment about being touched or having to remove clothes, or possibly even fear of being criticised for unhealthy choices or behaviour. There's also the fear of a bad diagnosis.

Although it affects as many as one-in-four people, white-coat syndrome has been under-recognised, with some patients unnecessarily prescribed medication to lower blood pressure. But when blood pressure is in fact normal, medication could make it drop too low, causing problems such as fainting and fatigue. These days, after high blood pressure readings, doctors may utilise 24-hour blood pressure monitoring away from the clinic before prescribing medication – and if they don't, you should ask for it.

While it's a good idea to have regular checks for blood pressure at the doctor's, having your own blood-pressure monitor as well is pretty convenient. And if it turns out your hypertension was of the white coat variety, it's a good idea to keep an eye on it anyway; there's concern that it may indicate a risk of developing high blood pressure as a long-term condition.

Just make sure the monitor's a good one – you don't want false assurance that everything's okay when it's not. Our blood-pressure monitors test is a good place to start when you're looking for recommendations.