Hair loss clinics - are they worth it?

Are baldness clinics like Advanced Hair and Ashley & Martin upfront about what’s on offer? 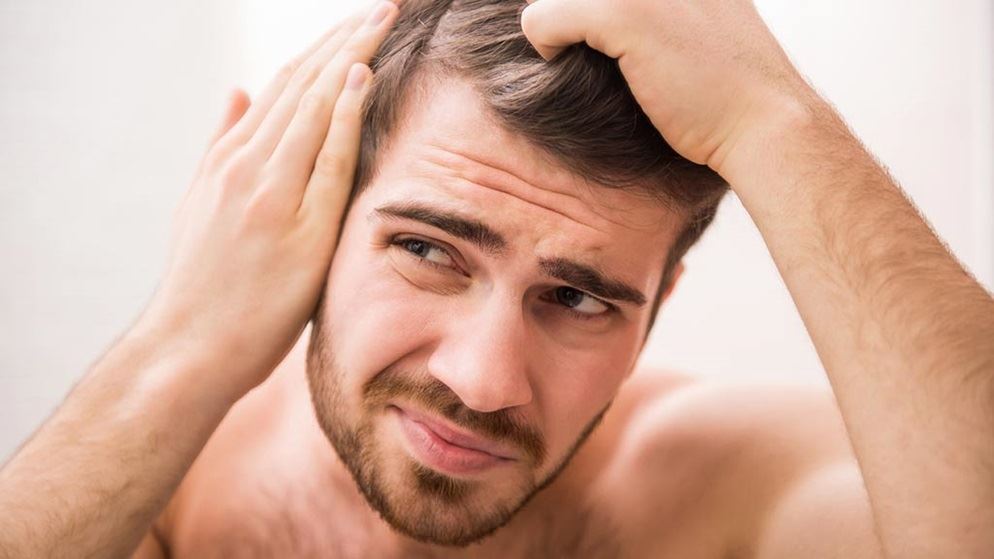 A wig and a prayer

Losing hair? Want it back? A little bit of baldness – or a lot – is a fact of life for many men and women. But when the realisation hits, some hit the panic button.

Enter your friendly hair loss clinic and its sciencey-sounding reassurances it can stop hair loss, restore your hair and give you a full, healthy looking head of hair and greater confidence. 'Ninety-eight percent success rate!' 'Don't delay, contact us for your free consultation now!'

Plenty of companies promise cutting edge technology to stop your hair marching back – but it often comes at a high price. Sometimes it works, but sometimes it doesn't. So how can you tell whether a hair loss treatment program is smoke and mirrors or the genuine thing?

CHOICE decided to find out what really happens when men visit hair loss clinics for an initial consultation. We sent mystery shoppers to 15 hair loss clinics around Australia including Advanced Hair Studio and Ashley & Martin to discover:

While some of the consultants were upfront and informative, others made claims that were thin on evidence or only told part of the story:

Want to know more about hair loss treatments, including medication, laser therapy and natural remedies? Check out our updated comprehensive roundup of the options.

On the whole, our shoppers experienced no hard sell, and found the consultants friendly and informative, and felt under no pressure to sign up.

There were some exceptions:

At the time of writing, none of our shoppers had received high-pressure follow-up phone calls; a couple had received polite enquiries as to whether they were still interested in going ahead.

Tip: Take your time deciding on what treatment you want, and shop around for a price and service you're comfortable with.

It's important the consultant asks about your hair loss history, and also family history, to establish what kind of hair loss you're suffering – it may be temporary or due to medication or illness, rather than the more long-term male or female pattern hair loss. They should also examine your scalp to determine the hair quality (looking for hair breakage rather than fallout, for example) and may even pull out a hair.

Our shadow shoppers experienced a range of inspections, including:

Then there was the shopper at Advanced Hair Studio: "The consultant did not come within two metres of my hair!"

Tip: Don't be swayed by whiz-bang technology, but do be wary of consultations that don't cover the basics.

What are you getting?

If you're recommended a hair loss medicine or supplement, it's not unreasonable that you'd want to know what's in it. You might want to find out more about it, what others' experiences have been, and whether there are any side effects. You might also want to shop around for a better price.

But many of our shoppers were given very vague descriptions of a medicine, such as:

At a couple of Ashley & Martin clinics, our shoppers were told they'd get the proprietary RealGrowth products, but not what these were. At a third Ashley & Martin, however, our shopper was told exactly what he was getting: finasteride, saw palmetto, minoxidil and Nioxin shampoo were all specified.

When is a hairpiece not a hairpiece? When it's a non-surgical hair replacement. Or a hair system. Or Strand by Strand. Or hair replication. Trouble is, whatever images these euphemisms bring to mind, they're all actually hairpieces. For reasons unclear (perhaps because it's evocative of poor-quality, unconvincing toupées), hair loss clinics seem reluctant to refer to them as such.

Take this description of the "Hairlogica replication procedure", for example:

"This cosmetic Hairloss treatment takes 4 weeks, and does not require painful surgery. This Hair Loss process involves taking your hair samples from the back and sides of your head, the multiple strands of hair are then sent away for analysis and replication, the amount of hair that is replaced on a balding area depends on how much loss is experienced by the client."

In other words, you get a hairpiece.

In 2013, Hair Science International was fined $100,000 for misrepresenting hairpieces as "cosmetic follicle therapy" or "non-surgical hair transplanting", which would regrow a person's hair no matter what stage of hair loss that person had reached. Having paid $6000-8000, consumers complained they were fitted with a poor-quality hairpiece that needed to be re-attached regularly at additional cost each time.

Only two of our shadow shoppers were offered hairpieces:

Tip: If hair replacement is described as non-surgical, it's a hairpiece.

Show me the evidence

Most clinics provided 'evidence' of the effectiveness of their treatment in the form of before and after pictures – some of which were more convincing than others.

At one Advanced Hair Studio clinic, our shopper was shown a video of Shane Warne to demonstrate the success of laser therapy for hair regrowth. Yet according to the Advanced Hair Studio website, Warne also benefits from Strand by Strand hair replacement (i.e. a hairpiece) in addition to its laser, medications and shampoos. To suggest his hair "regrowth" is due to the laser and topical products alone could mislead clients who don't know this.

By contrast, our shadow shopper at Ashley & Martin Chatswood was shown pictures of people who'd had some improvement, but "no miracles" – which is basically what the consultant said our shopper could expect.

Tip: Ask the consultant for the best case, worst case and likely case scenarios for your situation, not other people's.

When you get a quote for the cost of services, make sure it lists which aspects of treatment are included (whether or not they're costed separately), the time period that cost covers, and whether there are any additional expenses not included in the amount. It's important to have a document you can hold the company to.

The costs for the initial treatment period may be different to the ongoing costs, so ensure they're also outlined.

We had some quotes which spelled out an itemised cost for each component, and others which listed all the items included in the overall cost. Some were merely verbal quotes; there were amounts written on the back of a business card; and one shopper at Advanced Hair Studio was told to write down the costs on a piece of paper himself.

Tip: Get a full quote in writing.

Among the main problems with hair loss clinics taken to fair trading departments are disputes over guarantees and refunds. Consumer Protection WA told us of a couple of examples:

In our shadow shop, some guarantees were vague to the point of being meaningless, with our shoppers being told:

At least this guy was being honest:

And one of our Ashley & Martin shoppers in WA was told he could get a discount – from $3780 down to $3100 – if he agreed to waive the guarantee. However, he would still have rights under Australian Consumer Law.

One of the main issues with guarantees is determining how success is measured:

But if "success" or "improvement" is defined, make sure it's meaningful. One of our Melbourne Advanced Hair Studio shoppers was told that he'd see "at least 5%" regrowth, or he'd get his money back.

Dermatologist and hair loss expert Professor Rodney Sinclair tells us that 5% isn't a lot, and it's unlikely the client would be able to tell. It would also require very precise measurement, in the same place before and after.

"Your hair is more dense at the back of your head than on top, and by taking the hair count lower down, even just a small amount, you can get a greater number of hairs whether the treatment worked or not."

Tip: Get the guarantee in writing, including how success is determined, the time frame and how much money will be refunded.

We asked consumer affairs departments in the five mainland states for statistics on hair loss clinic complaints over the last few years. The good news is that the number has decreased over time. Whether it's due to greater consumer awareness of potential tricks and traps – internet hair loss forums are a great resource for this – or whether hair loss clinics have been cleaning up their act, is not clear.

But if you feel you have been misled, or you're having trouble getting your money back under the company's guarantee, a spokesperson for NSW Fair Trading points out that under Australian Consumer Law (ACL), goods and services bought from a trader come with automatic consumer guarantees.

"These guarantees mean that goods and services must match any description given, must be of acceptable quality, and must not be misrepresented. Under the law, consumers are entitled to seek redress, such as a replacement or refund, if goods or services fail to meet these guarantees."

Many hair loss clinics offer treatments that work, but can be obtained for much less cost from your doctor or over-the-counter.

Typical hair loss services involve a combination of laser treatment plus topical hair regrowth solution, special shampoos and conditioners, medication and/or herbal supplements. These programs cost anywhere from $3000 to $6000 or more for up to one year. Ongoing costs, when they were mentioned, ranged from $1500 to $1820 per year.

Alternatively, you could get a prescription for finasteride from your doctor (if your doctor thinks it's appropriate for you) for $390 per year and buy minoxidil from your pharmacy for $198 per year.


If you're interested in trying laser (there's still not a lot of evidence it works), you could throw in a handheld laser for a one-off cost of $395, and you'll still come in under $1000 all up. Add in some thickening shampoo/conditioner, and find a decent hairstylist, and you'll still pay less than half what some clinics are charging.

What about a hairpiece? If you look up wigs or hairpieces on the internet you'll find several suppliers of hairpieces or systems, some of which can be ordered over the internet (you'll need to send them a template of the area to be covered). These range in cost from around $600-$1000 – the price depends on the base material and the type of hair used. This is a lot lower than the prices we were quoted in our shadow shop, which were over $2000 per piece (and ideally you'd have two).

We employed a company that specialises in mystery shopping to recruit men with hair loss, ranging from minor changes to the hairline to advanced hair loss (little hair left on top).

Under the supervision of the mystery shopping company, the men visited 15 clinics around Australia: five Ashley & Martin clinics, five Advanced Hair Studio clinics (these are franchises) and five independent clinics. Some men went to more than one clinic, allowing us to compare advice given by different clinics.

Each person attended an initial consultation and if information on our topics of interest wasn't provided by the consultant, the shoppers asked directly.

Tell about us your experiences