The hidden salt in foods

Australians are consuming up to 10 times the amount of salt we need for good health. 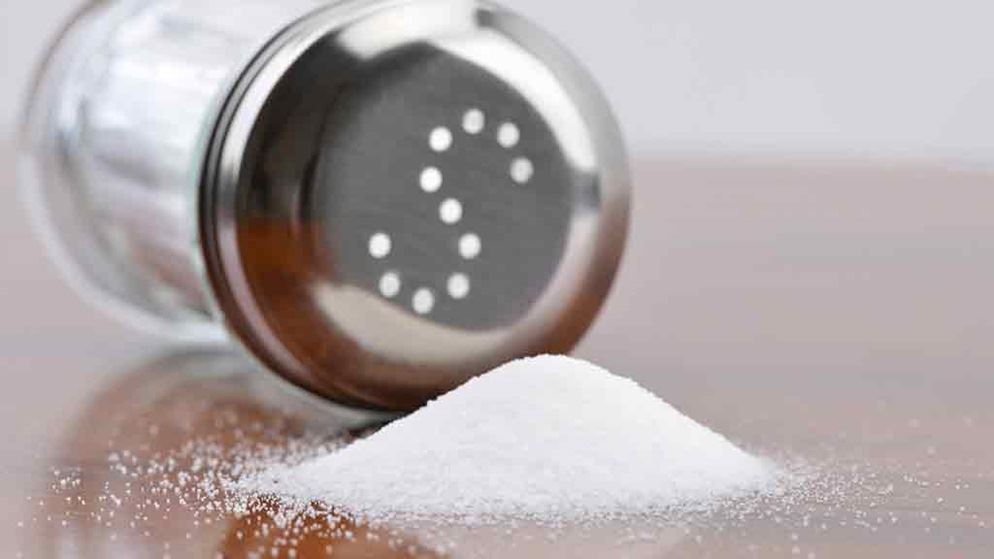 A large McDonald's chocolate shake doesn't taste particularly salty. But would it surprise you to learn that it contains about as much salt as Macca's large-size fries? That's one of the issues with salt (aka sodium) – it can be hidden in food and difficult to detect. And considering that around 70% of our processed meats, cheeses and sauces contain unacceptably high levels of sodium, the difference between a reasonable sodium intake and a dangerous one isn't always obvious if you're just using your taste buds to check.

Biscuits, cakes and pastries can be stealth suppliers of sodium, as sodium bicarbonate (bi-carb soda or baking soda) is used as a raising agent - and one teaspoon of baking soda contains 1000mg of sodium (we need just 460mg a day for good health). It's also used as a filling agent for fizzy or dissolvable sweets. Some breads and breakfast cereals, as our reports consistently show, contain alarming amounts of salt too.

How much salt should you have?

To prevent chronic disease, the National Health and Medical Research Council (NHMRC) has set 1600mg as the daily Suggested Dietary Target (SDT) for sodium for adults, with 2,300mg the maximum daily upper limit, and 460-920mg an adequate adult intake for good health. Children should have much less.

It's estimated we munch through twice the SDT, despite the significant health risks.

How much salt should children have?

High blood pressure (anything approaching around 140 over 90) and cardiovascular disease (CVD) are two risk factors associated with a high-salt diet. In fact, even with fairly low blood pressure, the risk of stroke, heart attack and heart failure will increase with a raise in blood pressure.

CVD is Australia's biggest killer and the second-largest contributor to our burden of disease after cancer. CVDs have a highly preventable and treatable group of diseases risk factors – one being high blood pressure.

Over the past decade salt consumption has fallen in England by 15% and this has been linked to a 40% fall in deaths from heart disease and 42% from stroke over the same period, according to a study published in the British Medical Journal.

Here is how you can cut down on hidden salts: