Coffee pods have a lasting environmental impact, but is there an easy way to recycle them to help make your daily brew a less guilty pleasure? 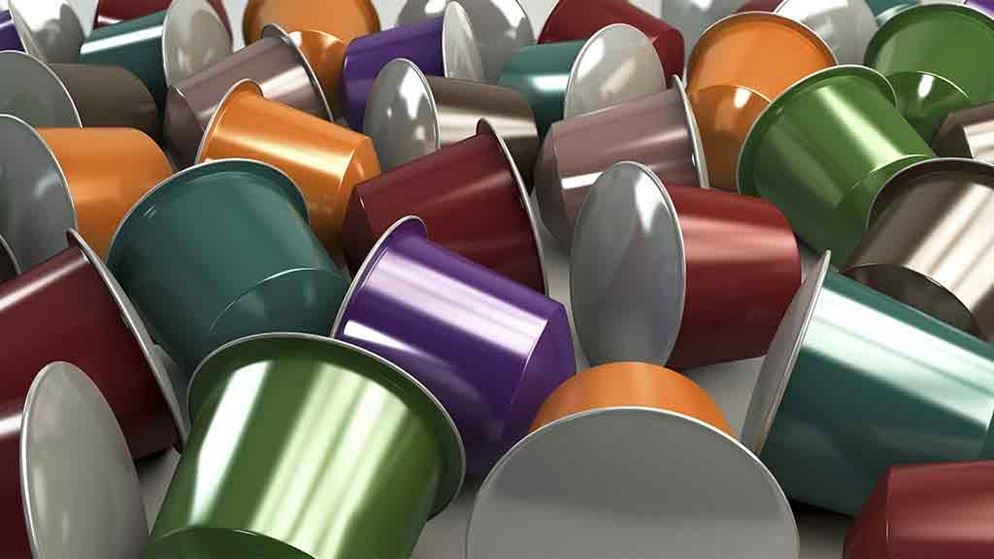 No scooping, measuring or stirring – coffee pods provide a convenient cuppa at the press of a button. But at what cost? By the second sip of coffee I find my conscience is sufficiently caffeinated and awake, ready to worry about the impact the millions of empty pods going to landfill will have on our planet. I often wonder, can you have the convenience of coffee from a capsule and still do the right thing by the environment?

Want to make a good cuppa from the comfort of your own kitchen? See our home espresso coffee machine reviews.

One could argue there's simply no way to drink coffee capsules with a clear conscience. So why not ditch the pod machine altogether? That seems unlikely, given that pod machines account for the bulk of home coffee machines being purchased in Australia.

Along with the growing number of pod machines, there has been a proliferation of brands offering coffee pods. Apart from competing on price and coffee varieties, pod makers are also trying to appeal to the consumer's environmental conscience. Of the pods with environmental claims, I've tried pretty much all of them. So where has this got me?

Nespresso says it uses aluminium for its pods because it is "infinitely recyclable". And also because it bears "the potential for a second life within every capsule" – potential that is only realised if the consumer returns the used capsules to Nespresso stores or selected florists that function as drop-off points. So unless you have a drop-off point nearby, this can prove difficult (I've taken to stashing my used pods in an old yoghurt bucket until I have enough to justify a trip).

I've also tried many of the plastic pods available from the supermarket – from home-brand products to big-brand varieties – each with their own set of recycling claims.

Republica states its capsules are biodegradable, which no doubt sounds attractive to me. The plastic is an oil-based polyethylene with a special additive called d2w, which renders the plastic "oxo-biodegradable". While this sounds like a cool concept, it requires removing the tightly attached lid, which is a real test of one's skillfulness, patience and determination to recycle. And it doesn't stop there. Once the lid's off, getting the coffee grinds out is fiddly and messy – the main reason I gave up another of my eco-coffee pod attempts, a DIY refillable pod system!

Another trial was with the pods from The Ethical Coffee Company which are meant to be compostable as they're made from 100% plant-based materials. Ever hopeful, I added my used capsules to my community garden's compost. And waited. A year later, the capsules tumbled out among dark moist soil with barely a scratch on them, still fully intact.

I contacted the Ethical Coffee Company and was told capsules will break down in domestic compost... eventually. However, the pods' EN13432 certification relates to industrial compost conditions where temperatures tend to be consistently higher than home compost and the matter is shredded before going into the pile. They suggested I contact my local council, as some councils run industrial compost facilities that may be able to take care of the pods.

No such luck. My council composts according to a different standard (the Australian Standard for 'Composts, Mulches and Soils', AS4454-2012) and advised me to either place my "compostable" pods in the garbage bin or use Nespresso pods and recycle them. It seems I'm back to option one. I think it's time to ditch my pod machine – I just need to find out how to recycle it...