The results of our satisfaction survey will help you choose an internet service provider (ISP). 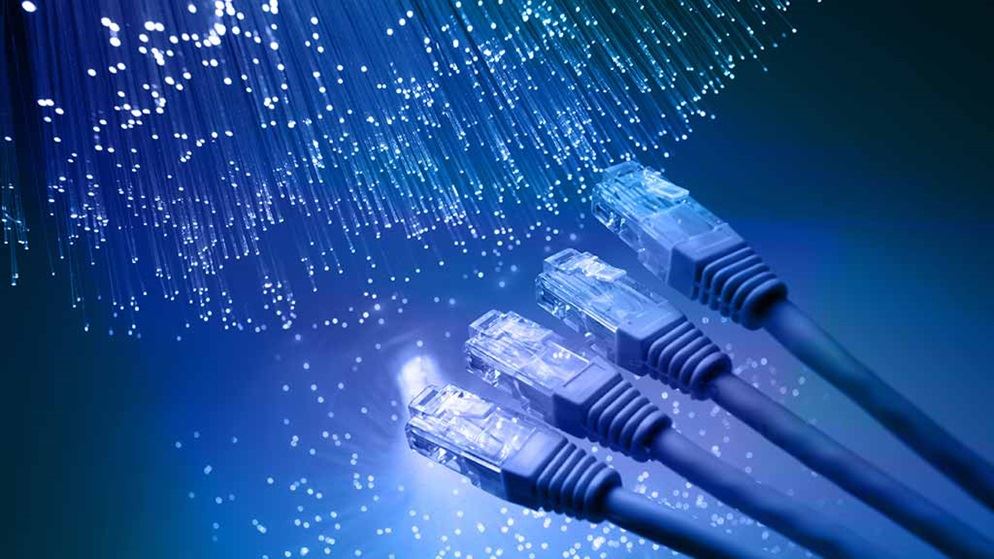 Our world is a connected one, and the ease with which you access your services, files and friends online makes a big difference to your daily routine.

Internet service providers (ISPs) are the gatekeepers of this aspect of our lives, so it’s important to be happy with your plan. But even if you’re not, switching providers can still feel risky; how do you know if the new one will be better or worse than the last?

We gathered feedback from over 1800 people for our ISP satisfaction survey so you don’t have to settle for the devil you know. Or you might find out you’re already with one of the best providers out there – meaning you can stay put with a clear conscience.

What are we looking for?

Our respondents delivered feedback on more than 30 internet service providers (ISPs). Where we had fewer than 30 responses for a single provider, we grouped ISPs into the “Other” section, leaving eight ISPs we could report on.

We asked people how satisfied they were across eight categories:

The internet in Australia

The internet landscape in Australia is changing, particularly thanks to the NBN rollout.

When we conducted our previous survey in 2017, only 28% of respondents had active NBN services. This roughly matched NBN’s own data, which stated there were 2.4 million active services across Australia in June that year.

Of our 2019 survey respondents, over half (53%) had an NBN plan. This is only slightly different to NBN’s numbers, which as of April showed just over five million active NBN services out of about 11.7 million premises estimated nationwide. Therefore, our respondents were more NBN active than the general population.

This fast-paced change to the broadband market has a chance to stir up competition. With more Australians switching to the NBN every day, now is a great time to start asking if switching providers might best suit your needs.

Telstra dominates the market in subscribers across all internet technologies with 37% of respondents. Optus was next with 17%.

TPG (8%) and its subsidiaries, including iiNet (9%) and Internode (2%), add up to 19% of respondents overall. A further 2% of people rely on Vodafone – which may possibly merge with TPG in the near future – for their main source of home internet.

Just over half (53%) of respondents had problems with their current ISP in the six months prior to the survey. The indicated categories had a consistent spread across different providers and connection types, with no particular provider or connection type performing better or worse than others.

The most common issues were reliability and speed.

This take-up of unlimited plans was large in all demographics, ranging from 42% for Gen Y to 34% for Baby Boomers. Pre-boomers still preferred unlimited plans, but at just 22%.

While the set-and-forget nature of an unlimited data plan is attractive, it's easy to overestimate your actual internet usage.

Your provider should have a way for you to check your monthly data usage online. If you have an unlimited plan, but regularly use less than 500GB, consider signing up to a smaller plan and saving a little extra cash each month.

Why do you change providers?

The cost of plans is the main reason people switch (31%), followed by connection speed (22%) and getting a better data allowance (17%). Only 15% of people changed providers when switching to the NBN.

Despite being one of the largest complaints of people who’d had a problem with their ISP in the last 6 months just 12% of people switched because of connection reliability.

Why should you change providers?

Problems with your ISP that can’t be resolved, such as plan cost, connection speed and getting a better data allowance aren’t the only reasons to consider switching.

At some point after the NBN is connected to your premises, you’ll have to sign up to a new NBN plan no matter what. This being the case, why not shop around instead of automatically signing up with the same provider again?

Many people switch to sign up to a larger plan, but have you considered downgrading? It’s common for people to overestimate how much data they need each month, which means they pay more than they need to. Check online via your provider’s website or app how much you actually use – you might be surprised.

Do you have a particularly old router? If your Wi-Fi is past its tech use-by, signing up to a new plan can be a good way to get a new one at a subsidised cost.

Look for the number 802.11 written somewhere on your router – usually on a sticker – and see what letters follow it. If it says 802.11ac or ax then you’re good. The same goes for 802.11n, though this standard is getting a little older now and you might benefit from a newer ac or ax model.

How do you choose a new ISP?

The main four things people look for when searching for a new provider are:

Even though customer service/technical support is one of the key factors people consider when signing up to an ISP, only 12% of respondents cited it as their reason for switching providers. This is similarly true of connection reliability – 95% say it’s important, but only 12% state it as a reason for switching.

Service bundling was a less-common consideration, with only 65% of respondents saying it was important in a plan.

How often do people change providers?

In general, Australians don’t change internet providers very often. Most people have been with their current ISP for more than five years.

Only 5% of people have switched ISPs in the last six months. Of these, 16% moved on from Optus and another 16% left Telstra plans (including Belong).

Demographics who have been with their provider more than five years:

Note that some or many members of Gen Z, being the youngest generation, may not have had the opportunity to be with a provider for five or more years yet.

When switching, check if your new provider has a no-contract option with limited or no sign-up fees. This can let you dip your toe in without getting stuck for a year or more.

Consider switching to a smaller provider to save money. While we don’t have enough statistics on them individually (they make up just 15% of our respondents in total), as a group they performed well for customer satisfaction. And while 15% of respondents might sound small, as a group it’s only slightly smaller than Optus, which had 17%.

If you’re on the NBN, you can also check out our broadband provider performance program. We collect real-world data on ISP connection speeds and update our findings monthly.

Who is the best ISP for customer satisfaction?

Internode customers were most satisfied with a score of 82%, taking the top spot in every category except value for money, where it was barely nudged out by Dodo – 78% to 79%.

Next in overall satisfaction was Vodafone (77%), then iiNet and TPG with 76%. Not only is iiNet a subsidiary of TPG, but Vodafone and TPG are possibly set to merge in the near future.

The Other category also scored 76% which, while not representing any individual ISP, shows smaller providers don’t necessarily mean a lower-quality product.

The 44 people who said they were with iPrimus gave it only a 68% satisfaction score.

Who is the best NBN provider for customer satisfaction?

TPG (79%) customers were the most satisfied with their NBN plans, followed closely by iiNet (77%), which is a TPG subsidiary. The Other category did well with 78%, once again showing that bigger doesn’t always mean better.

As with our scores for all connection types, Telstra and Optus both scored below average. Optus scored lowest with 70%, and Telstra second-lowest with 72%.

To see which providers perform best on the NBN, you can see our best NBN plans page, which we update monthly based on real-world performance data recorded by our partners at Honesty Box.

Australians aged 18 years and over told us about their experience with their internet service providers in an online survey. Quotas were placed for state, gender and age to ensure we get a nationally representative sample of Australian adults who are solely or jointly responsible for decisions relating to their telecommunication providers. The data has also been weighted to ensure that it is nationally representative.

This survey was in field from 5th–22nd February, 2019. The survey was approximately 10 minutes long. CHOICE designed the survey and fieldwork and survey execution was managed by Dynata.

The average score refers to the category average and includes not just the brands listed but also all other brands which had a sample of N<30 and didn’t make it into the scores tables.